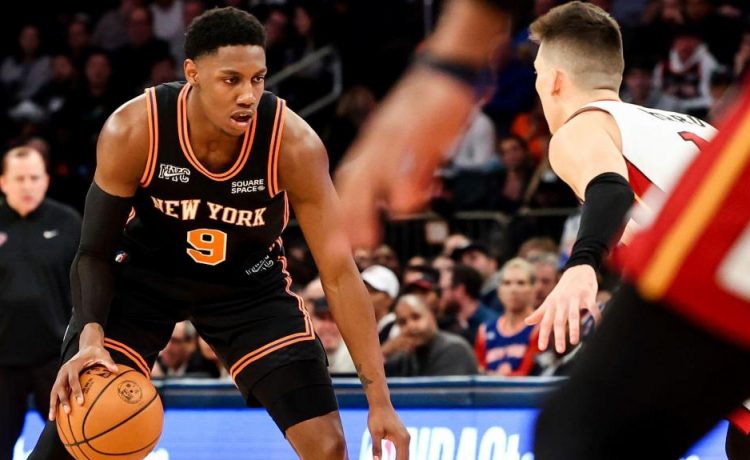 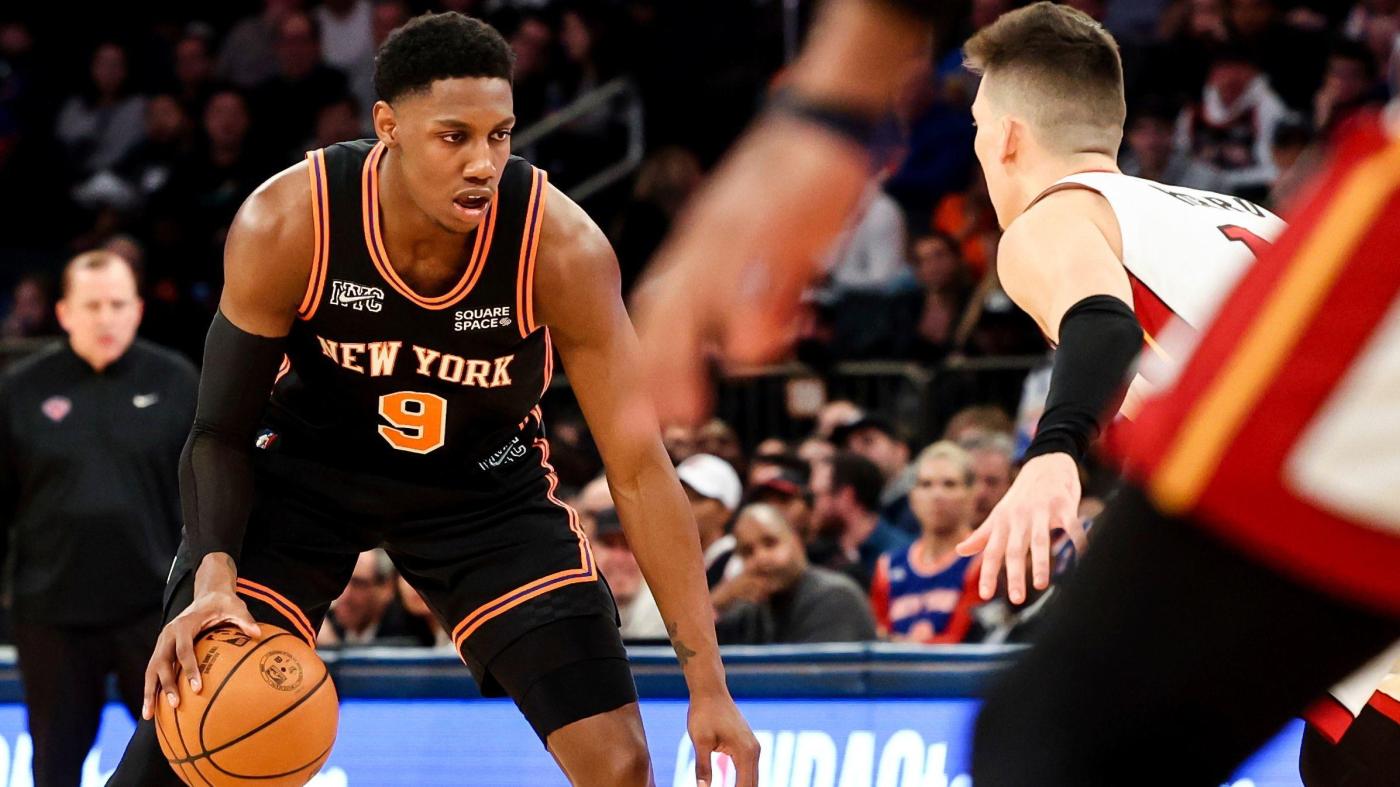 A largely dormant offseason for the Miami Heat received a jolt Tuesday that could have an ancillary impact on two of the more intriguing elements of the team’s potential personnel permutations:

– The possibility (or lack thereof) of a trade for Utah Jazz guard Donovan Mitchell.

– The timing and scope of an extension off the rookie scale for reigning NBA Sixth Man of the Year Tyler Herro.

Like the Heat, the New York Knicks found themselves dealing with similar linked agendas this offseason, also linked to a possible trade for Mitchell and with an extension due on a 2019 first-round draft choice.

Against that backdrop, the Knicks, according to ESPN, issued a Monday deadline to the Jazz regarding Mitchell trade parameters and then moved toward finalizing a four-year, $120 million extension with guard RJ Barrett.

The deliberations with Barrett are similar to ones the Heat have had to weigh with Herro. Once a player is signed to such an extension with a significant raise, it adds a “poison pill” element to trade permutations, making it far more difficult to deal such a player until the following offseason.

The Heat this offseason have been linked to potential trades for Brooklyn Nets forward Kevin Durant, as well as Mitchell, who has spent significant time this offseason training and playing in South Florida.

Durant seemingly was removed from the trade market last week when Nets General Manager Sean Marks, the former Heat center, said an agreement had been reached with Durant to remain with the team this season, after the All-Star forward previously had pushed for a trade.

As with Mitchell trade discussion, Herro had been linked to the trade talk for Durant. Once Durant no longer was in play, it increased the chances of a swifter resolution with Herro regarding an extension. The Knicks then sought immediate closure with the Jazz regarding Michell, with the decision to move forward with the Barrett extension.

The Heat last month put out word that the team was comfortable moving forward with the roster in place, having lost only power forward P.J. Tucker from a roster that last season finished within one victory of the NBA Finals.

The deadline the Knicks set with the Jazz regarding Barrett was largely an artificial one, with the deadline for extensions with 2019 first-round picks not until the eve of the Oct. 18 start of the regular season.

While Herro is eligible for an extension up to five years at $188 million, he more likely is expected to fall into a similar range as the deal signed by Barrett. Barrett was the No. 3 selection in 2019, with Herro taken at No. 13.

Herro is due $5.7 million this season, a figure that would not change with an extension. However, with a new contract allowed to start at as much as $32.5 million in 2023-24, the disparity between those two salaries is the element that would preclude him, if signed to an extension, from being included in trades that require matching salaries.

So far this offseason, extensions at the top of the 2019 draft class have gone to No. 1 pick Zion Williamson, with the New Orleans Pelicans extending the forward for $193 million over five seasons; No. 2 pick Ja Morant, with the Memphis Grizzlies guard extending for the same amount as Williamson, with the chance of his deal rising to $231 million; and No. 5 pick Darius Garland, with the Cleveland Cavaliers guard also receiving $193 million over five seasons. In addition,

Keldon Johnson, the San Antonio Spurs guard selected at No. 29 in 2019, received a four-year, $80 million extension.