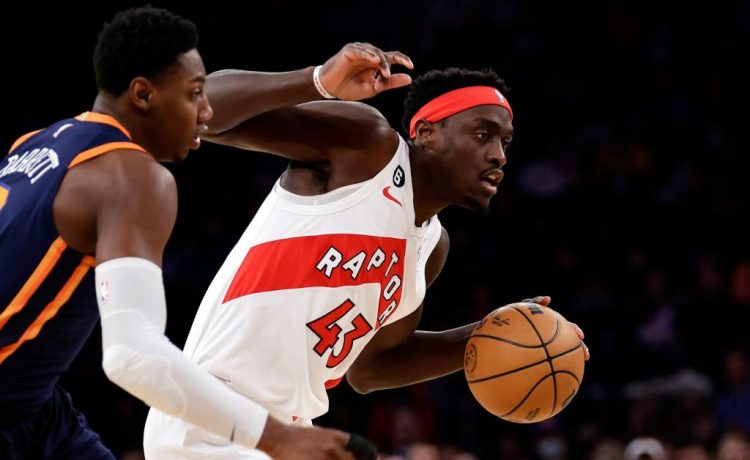 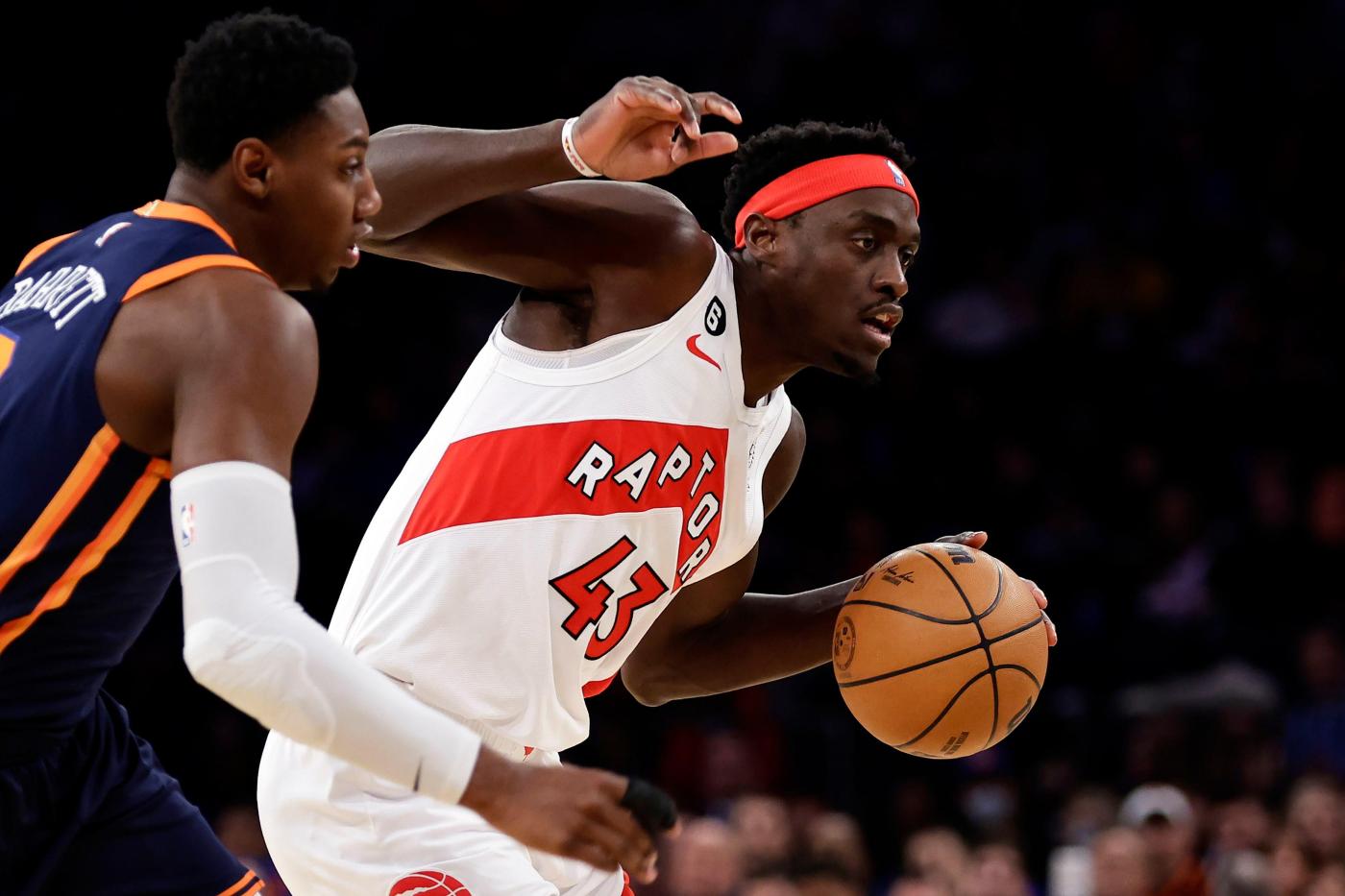 That was the exact time it took RJ Barrett to grab a rebound and dribble the distance of the court, rim to rim, and deliver the most electric and totally wasted bucket of this Knicks season.

It occurred at the end of regulation, the Knicks on the brink of collapse. They had allowed the Raptors, a struggling franchise, to recover from a nine-point deficit in the final 5 ½ minutes. They gave up a loose ball foul to Scottie Barnes, who was at the foul line with a one-point advantage and 6.6 seconds left.

Barnes made the first. …Raptors 110, Knicks 108. …Then he missed the second, and Barrett took over. Bounding down the parquet, it seemed, Barrett turned his defensive rebound into a coast-to-coast dunk on top of Barnes with 0.6 seconds left.

“At that point in time, the refs aren’t going to call a foul,” Barrett said. “So I just got to go up strong.”

The equalizer was sensational, a highlight of Barrett’s NBA career. And a few minutes later, it meant absolutely nothing.

The Knicks ran out of gas in overtime, and Jalen Brunson’s potential game-winner banged off the rim at the final buzzer of a 123-121 loss to the Raptors.

Brunson, a hero of an encouraging first half of the Knicks season, attempted his 3-pointer in transition after grabbing a defensive rebound, trying to duplicate Barrett’s moment just a few minutes earlier.

But it ricocheted hard off the rim.

“I just kind of said, ‘Please don’t go in,’” Raptors coach Nick Nurse said. “I had a really good view of it. I was right on the angle he shot it from, and was just hoping he was gonna miss.”

“Oh yeah,” the coach said. “[Brunson] was in the open floor. The defender was backpedaling. He’s a 39-percent 3-point shooter.”

So an MLK Day thriller became a letdown despite Barrett’s 32 points in 49 minutes. The dunk will serve as the highlight, but the final score was instead determined by Knicks mistakes — by missed free throws in the final minute of regulation from Brunson and Julius Randle, and by Barrett allowing Barnes to grab too many offensive rebounds.

“It’s a tough one. Especially when you fight so hard to be in position to win the game,” Barrett said. “We were down in the first half, fought all the way back and they were winning most of the second half. Then we fought back. It was such an up and down game. You want to come out with a win.”

Barnes, who scored 26 points with six offensive rebounds, said he had matchup advantage against Barrett. Barnes is only about two inches taller but frequently operates against frontcourt defenders, unlike Barrett.

“I felt like with me being taller, with my size, I was going to be able to get a good look around the rim every single time,” Barnes said.

The Knicks (25-20), who fell to under-.500 at home, recovered from a six-point deficit in the final minute of overtime before Brunson’s miss. It was a rollercoaster that ended at the bottom for the Knicks.

“It’s frustrating,” Brunson said. “Obviously we want to win at home. We have one of the best fan bases in the world, but this is obviously a historic place to play, so everybody’s coming here with their best foot forward. I think for us, we just got to focus on the little things. A lot of these losses come with or two possessions, marginal losses. We have to be one percent, two percent better.”