Todays Though > News > Knicks try to shake off their Garden blahs vs. the 76ers on Christmas Day – Boston Herald
News

Knicks try to shake off their Garden blahs vs. the 76ers on Christmas Day – Boston Herald 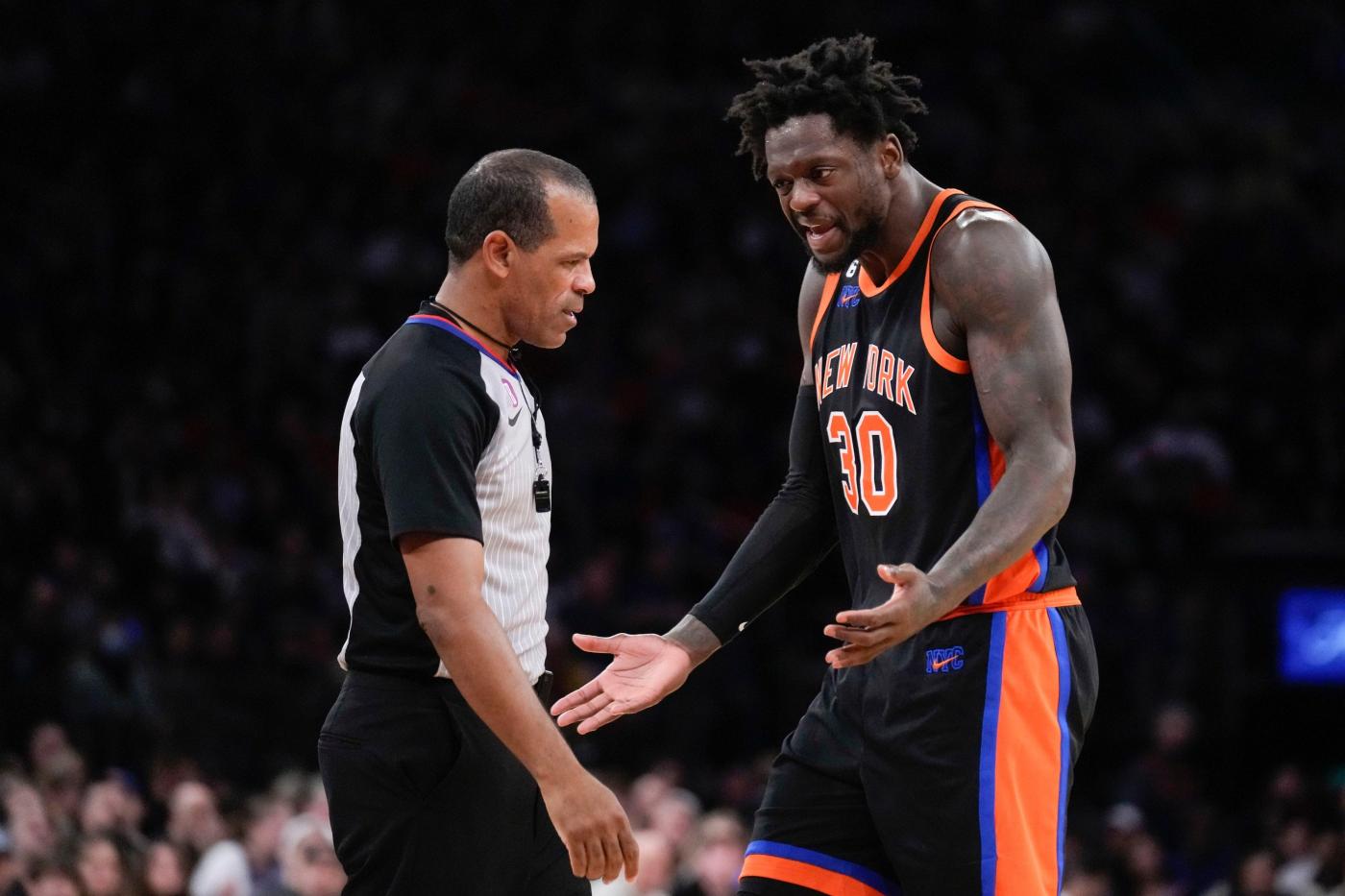 The World’s Most Famous Arena hasn’t been so great for its tenants.

For a second straight season, the Knicks are worse at home and it’s becoming difficult to chalk it up to coincidence. Their latest defeat Friday night became the latest and most obvious example — they lost to Bulls at Madison Square Garden within a week of beating them twice in Chicago.

Heading into their MSG Christmas showdown against the Sixers, the Knicks are 8-9 at home and 10-6 on the road. It’s the worst ratio in the NBA, and follows last season’s second-worst ratio of three fewer wins at home (only the Brooklyn Nets, who had Kyrie Irving exclusively on the road because of his vaccination refusal, were worse). The NBA, it should be noted, produces the greatest home advantage in major American professional sports.

“If you were a team coming into the Garden, I’m sure you’d be fired up to play,” Barrett said. “So, we know we’re gonna get teams’ best shots, and we just gotta be ready to go. We gotta be mentally ready from the start of the game to not let them get that confidence.”

If that’s true, it’s tough to understand why the prior Knicks teams didn’t have this problem. Between the 1999-00 and 2019-20 seasons, they won 32% of their road games and nearly 50% of their home games. That was roughly the NBA’s average ratio during that span.

Still, recent evidence suggests Barrett and Brunson could be on to something. Without the fans and their noise, the atmosphere and allure of the Garden is lost. And when fans were absent during the pandemic 2020-21 season, the Knicks were fantastic at home at 25-11 — way better than their 16-20 road mark.

Tom Thibodeau cited the schedule and alluded to metropolitan traffic as a challenge. It’s worth noting that Barrett has been more efficient at home this season, while Brunson and especially Julius Randle have shot much worse.

The reasons for a homecourt advantage are typically four-fold: Travel is exhausting for the visitors; Referees tend to favor the home teams; Fans boost their home team; Players are more comfortable on their own court.

“Sometimes there’s nothing you can do. Sometimes, it’s the way the schedule unfolds,” Thibodeau said. “You could be at a rest disadvantage. There could be early starts. A lot of things. So you want to control all the things that you can. Now there are some logistical challenges for us as well. If you’re in an L.A., a Chicago, a New York, you’re dealing with different things. Brooklyn — same thing. That’s part of life. Just be ready to play. That’s the big thing.”

The elephant in the room is the practice facility, which is located next to the Regeneron headquarters in Tarrytown. It’s about 30 miles from Madison Square Garden and an hour commute by car, depending on the traffic. The Knicks often hold a morning shootaround at the facility before gathering at MSG for a game a few hours later, negating the convenience advantage because many of the players live in White Plains to be close to the facility.

There have been times the Knicks players stayed in a Manhattan hotel the night before a home game, rather than sleep at home.

Regardless of the reason, the Knicks have to play half their games at MSG and they need to be better.

“We’re in games, we just have to close better at home,” Brunson said.