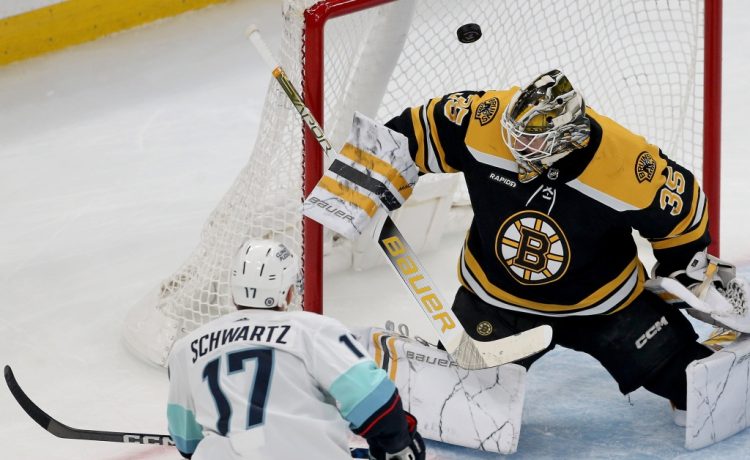 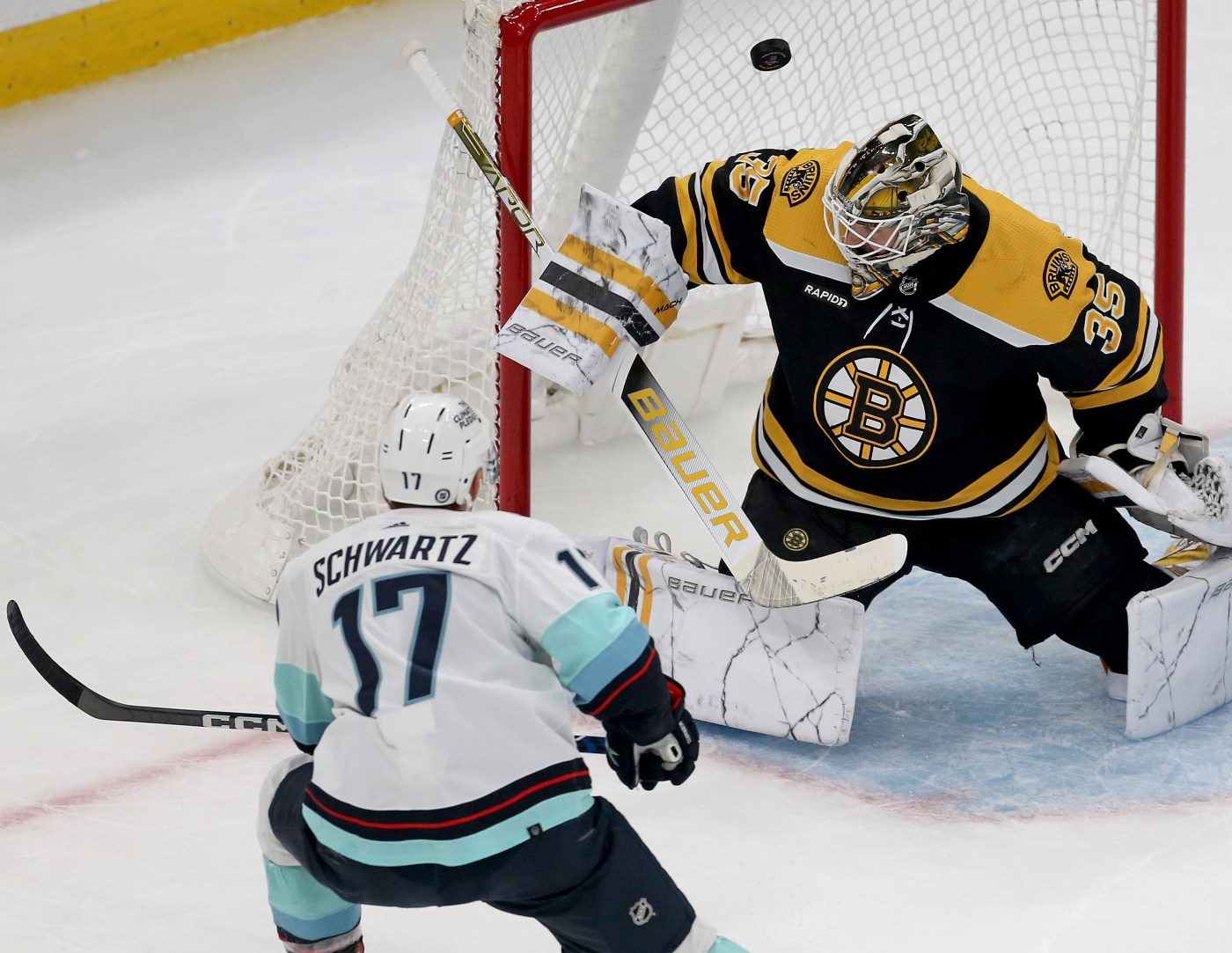 Well, the Garden good times couldn’t last forever, could they?

The Bruins suffered their first regulation loss of the season on Thursday against the Seattle Kraken, 3-0, and it was a no-doubter.

The first game back from a West Coast trip is never easy, and Lord knows the B’s were due for an ‘L’ on home ice. But take nothing away from the Kraken. They frustrated the B’s in the offensive zone, clamping down in the house area in front of their net, never allowing the seam pass to get through and then quickly turning it into offense. And whenever they did break through for a quality scoring chance, goalie Martin Jones was there to make the first stop. There was rarely a need for a second one.

Underscoring the B’s difficult in creating scoring chances, coach Jim Montgomery pulled goalie Linus Ullmark with just under five minutes to go in regulation. Like everything else he tried, it didn’t work. With 1:50 remaining, Jaden Schwartz ended it with an empty-netter.

On Thursday, Seattle got one goal each in the first two periods and never let the B’s up for air in the third.

The Kraken, arriving with a six-game win streak, showed why they are one of the surprise teams in the NHL with their first period. They outshot the B’s 14-8 and took a 1-0 lead, which could have been onerous for the B’s if not for a couple of terrific Ullmark saves. The Kraken did not allow many Grade A chances off the rush or within the zone and they quickly counter-attacked with speed for their offense.

Seattle took the lead at 7:14 on an odd play. The B’s appeared to be in control of the puck when Brandon Carlo rimmed it behind the net to defense partner Hampus Lindholm. But Lindholm could not stop the puck and rolled around along the boards to the right hash marks. From there Daniel Sprong whipped a wrister toward the net. It was going wide, but Brandon Tanev was there to redirect it into the short side past Ullmark.

After the Kraken got the first two power plays, which the B’s killed off well, the B’s got their first PP late in the period. The best chance came off the stick of David Pastrnak from the high slot, but his shot could not find a hole in Jones.

In the second period, ran his lines through one cycle before he decided to switch things up, going to his old reliable tactic of loading up the tip line with Pastrnak, Patrice Bergeron and Brad Marchand. And it almost worked out immediately as Pastrnak was sprung for a breakaway, but Jones came up with the blocker save.

And the Kraken punched right back, producing a clean break for Tanev, but Ullmark came up with the stop.

Ullmark would make another terrific stop on Seattle PP when Oliver Bjorkstrand made a nice redirection from the mid-slot. Ullmark flashed the left pad to keep the B’s to within a goal.

The B’s had a couple more chances in tight, both off the stick of Trent Frederic, but Jones held his ground. Then the Kraken delivered a backbreaking goal with 38 seconds left in the period when Eeli Tolvanen gathered a puck in the slot, spun around and delivered a perfect shot into the upper left corner right under the bar.

The home streak, clearly, was in jeopardy. And this time, there would be no third-period magic.