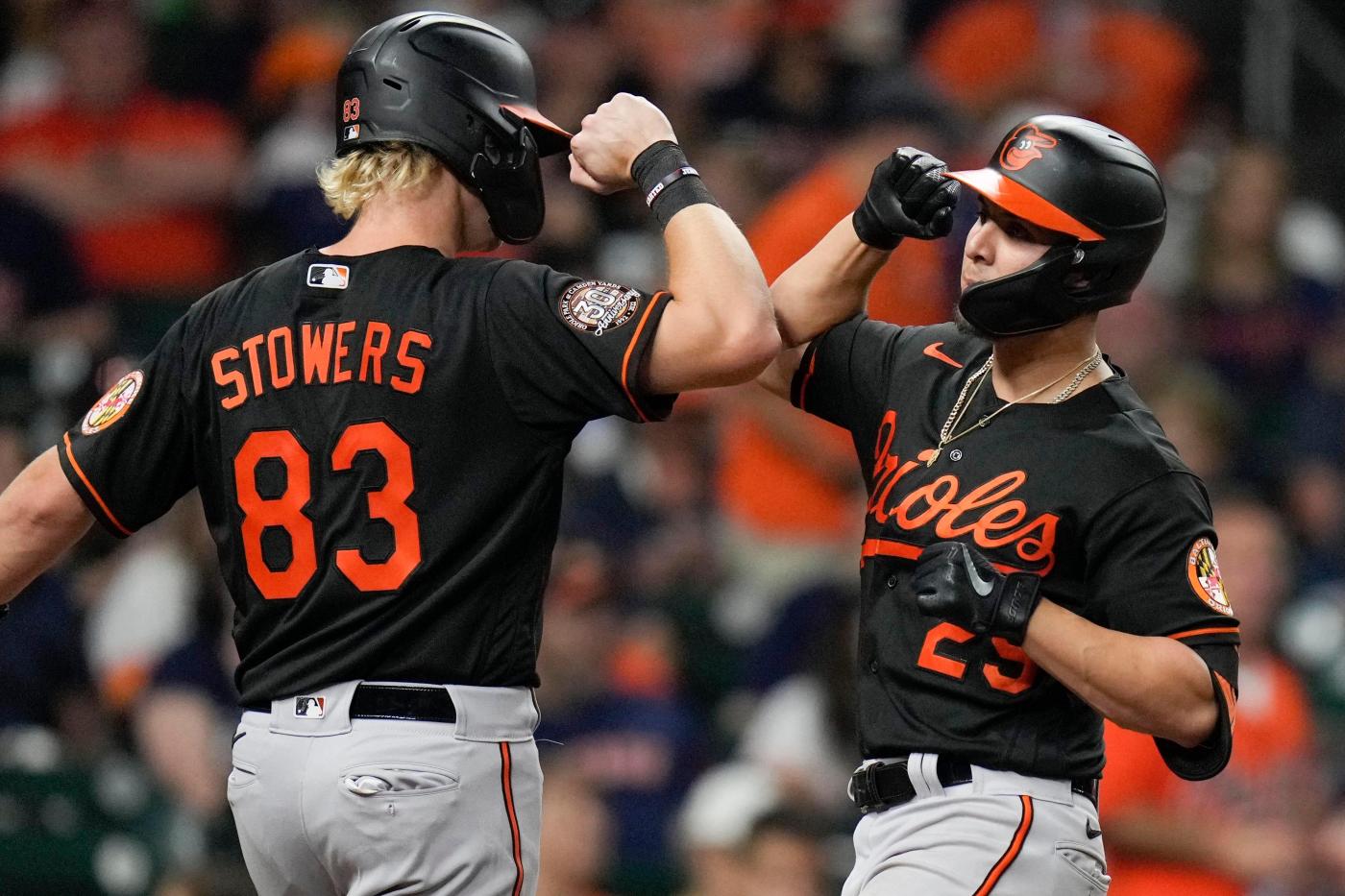 As the Milwaukee Brewers’ ace pitched against the Los Angeles Dodgers, Bradish noticed how far to the first-base side of the rubber Burnes worked from, and how effective it was in right-on-right matchups. Bradish had worked from the third-base side of the rubber since his college days at New Mexico State, but wanting to improve his own numbers against right-handed batters, he brought the idea of moving to the opposite end to Baltimore pitching coaches Chris Holt and Darren Holmes.

Two days later, he worked from that spot on the mound as he limited the Boston Red Sox to one run through five innings before a home run spoiled the outing.

He and the coaches used the time between that start and Friday night’s against the AL-best Houston Astros to make more adjustments, and they paid off in the form of Bradish providing eight shutout innings in the Orioles’ 2-0 victory to begin their series at Minute Maid Park.

“I think he’s getting confidence every time out,” Orioles manager Brandon Hyde said. “To be able to do that in this environment against that club at the end of August, that’s really impressive.”

The 25-year-old hit the second batter he faced, and Astros slugger Yordan Alvarez smoked a line drive to the right side on the next pitch, but first baseman Ryan Mountcastle snared it with a dive and doubled up Yuli Gurriel. It showed how difficult hits would be to come by off Bradish, who allowed only two in his eight innings.

Entering Friday, the Orioles (66-59) had been one of four major league teams without a start of eight innings this year. Outside of John Means’ no-hitter last May, a Baltimore starter had not pitched more than 7 1/3 innings in Hyde’s four seasons.

“Means a lot, just showcasing my ability against the best team,” Bradish said. “But it doesn’t really matter who’s across the diamond. I’m gonna go out there and try to do my thing every time.”

A sixth-inning home run from Ramón Urías supplied all of the offense Bradish needed in stifling one of the game’s top offenses. He didn’t allow a hit until the fourth, when Kyle Tucker singled behind an Alvarez walk to put runners on the corners for longtime Oriole Trey Mancini, facing his former club for the first time since being traded away earlier this month. But Bradish got Mancini to chase a slider for a strikeout, one of his six on the night. It marked Houston’s lone at-bat against him with a runner in scoring position.

With Bradish out of the game in the ninth, Mancini had another opportunity to turn the game in his new team’s favor, representing the winning run with two outs and two Astros on base after they had singled off Cionel Pérez. But Dillon Tate, the Orioles’ longest-tenured active pitcher, struck out Mancini on three pitches to secure the victory.

It was a matchup Tate said he had been envisioning for “a few weeks,” though not necessarily with the game on the line. He said he didn’t fully have time to process the situation before standing on the mound against his former teammate.

Added Hyde: “That’s honestly the one guy I did not want up there. All I saw was something down and in and him to be able to put it in — that left field wall feels like it’s right on the other side of the infield here, especially when he’s up. As fate has it, of course he’s the guy that comes up in the winning-run situation. And Dillon Tate just made three outstanding pitches against him.”

Bradish admitted he was “a little amped” in his first matchup with Mancini, resulting in a five-pitch walk, but he settled in strike out his former teammate in the fourth. The slider was a key pitch for him throughout the outing, representing the majority of his 96 offerings. Of his 17 induced swings-and-misses, 13 came with that pitch, one behind Means’ changeup in his no-hitter for the most whiffs an Oriole has generated with one offering.

“On the third-base side, I was kind of forcing it to get down and away to righties,” Bradish said. “Right now, I just kind of throw it down the middle and let it do its thing.”

The Astros did not get a leadoff hitter on base against him until the seventh inning, when Alex Bregman singled to double Houston’s hit total. But a strikeout of Tucker and two flyouts to right, one off Mancini’s bat to the edge of the warning track, ended the threat. With closer Félix Bautista unavailable after pitching two innings Thursday, Bradish returned for the eighth. Hyde said the tougher decision was whether to send him out for the ninth.

Bradish worked through his last frame quickly, lowering his ERA in six starts off the injured list to 3.21. After striking out 11 with no walks in his third major league start, Bradish had a 9.20 ERA over seven appearances before landing on the IL with right shoulder inflammation.

“More strikes, more confidence, not trying to do too much,” Hyde said. “I think early on, especially when he had his struggles there, he was trying to overpower the baseball a little bit, and he’s starting to pitch. He’s just got such a great arm, and he’s hard to hit.”

Astros right-hander Lance McCullers Jr. was not as crisp as Bradish but worked out of trouble routinely in his five innings, leaving the Orioles hitless in eight at-bats with a runner in scoring position. But such a hit wasn’t needed for the decisive runs, with Kyle Stowers’ two-out single in the sixth off Cristian Javier preceding Urías’ drive off the train track above the Crawford Boxes in left field. Urías also made several clean picks behind Bradish at third base.

“It was his night,” Urías said through team interpreter Brandon Quinones. “Honestly, what else can I say? Just incredible stuff.”