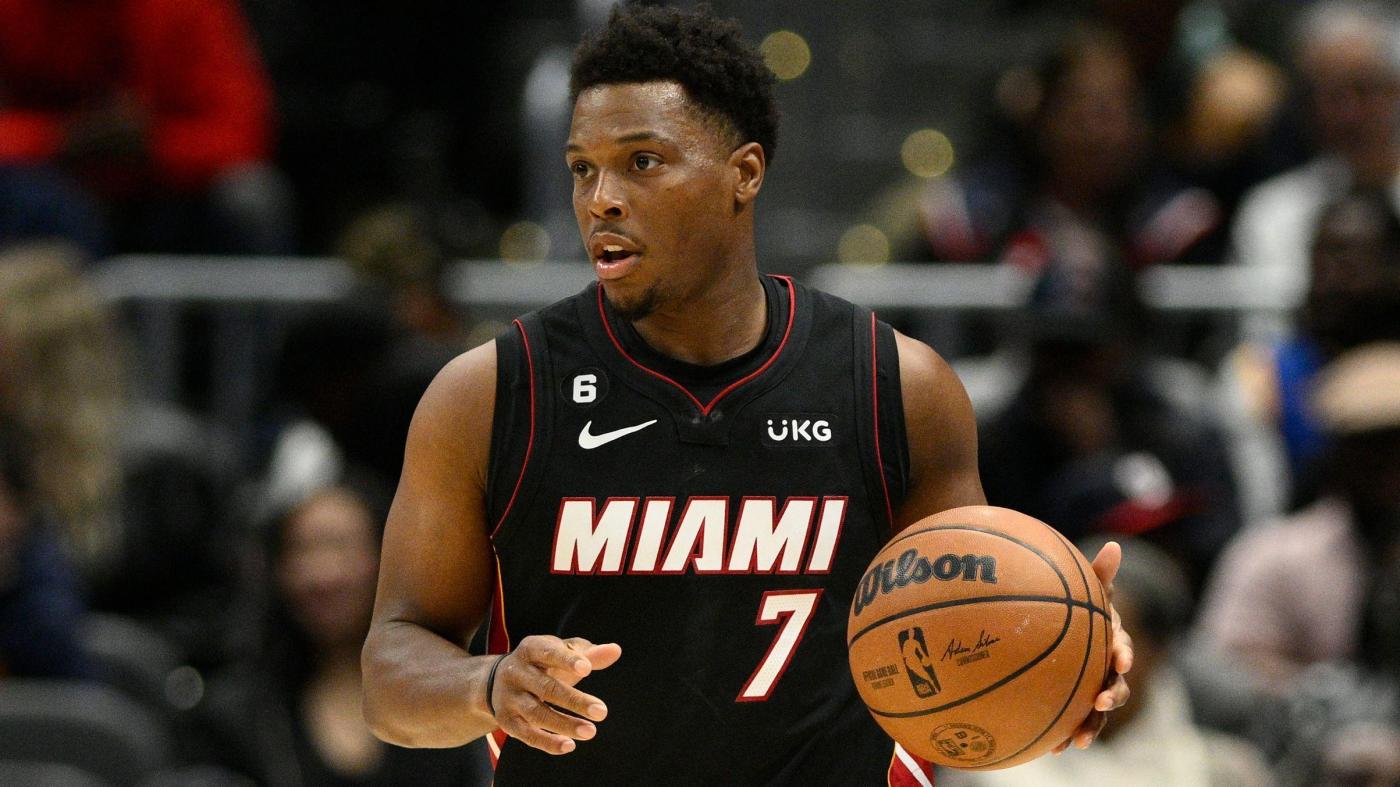 When it came to the last man standing for the Miami Heat, few expected the sole survivor to be Kyle Lowry.

And yet, for all that went sideways and south during the Heat’s four-game road trip, the constant was the unrelenting approach of the very player whose conditioning had been questioned in the offseason by Heat President Pat Riley.

At the start of the trip, the 36-year-old point guard played a robust 35:34 in his second game back as a visitor against the Toronto Raptors. The next game, when only seven Heat players were available and none of the others a point guard, Lowry went 50:54 in the overtime loss to the Washington Wizards. Sunday against the Cleveland Cavaliers, the minutes were limited to 31:07, but all of those came over the game’s first 34, before the rout grew too lopsided. And then Monday against the Minnesota Timberwolves, on the second night of a back-to-back, he played 44:22.

“I can’t say enough about Kyle Lowry, and that’s why he has that reputation that he does, as a winner,” coach Erik Spoelstra said, with the Heat hosting the Washington Wizards on Wednesday night. “He’s dealing with his stuff, too, and he’s just, ‘I’m available, Coach. Whatever you need from me. If you need me to play 48, I’ll play 48.’ “

And he has played plenty. Despite his age, Lowry exited that game against the Timberwolves leading the NBA in minutes played.

Now months removed from Riley’s offseason conditioning challenge in the wake of the three-year, $85 million free-agency contract offered by the team in the 2021 offseason, Lowry said he had no doubts he was up to these moments.

“I prepared for it,” he said of workouts he chronicled in the offseason on his social media. “I prepared for it in the summertime. It’s an unfortunate situation, but I’ve got to do whatever it takes to help my team win.”

The Heat had attempted to be diligent with protecting Lowry’s minutes, with Gabe Vincent’s role increased as backup point guard and with Tyler Herro often shifted to playmaker. Plus there was the ball-handling of Jimmy Butler and Bam Adebayo.

Then Vincent, Herro, Butler and Adebayo were gone over the course of the trip, only Adebayo back at the finish.

“For me,” Lowry said, “it’s about playing basketball and doing my job at the highest level I can possibly do it at.

“At the end of the day, I don’t know how long I’ll be able to play basketball. I want to play. I still enjoy it and have fun doing it.”

When he joined the Heat, it was to be part of a veteran core, which also was among the reasons he left the reloading Raptors. Instead, during most of the trip he found himself playing alongside a young, inexperienced core.

At times, the experience was exasperating, from Haywood Highsmith attempting to save a Minnesota outlet pass from going out of bounds when simply letting the ball sail untouched would have given the Heat an additional scoring opportunity, to Max Strus’ foul late in the shot clock in the waning seconds of a two-point game against the Timberwolves.

So, yes, Lowry can be demonstrative at such moments. But, that too, like the minutes, is another example of a passion that endures.

With Strus ruled out for Wednesday night’s game against the Wizards with a shoulder injury, Lowry stands as the lone Heat player not to miss a game this season.

“I respect that. It just shows a lot about his character and what he stands for. Even though we got guys out, he still wants to go out there and produce and try to get us a win.”