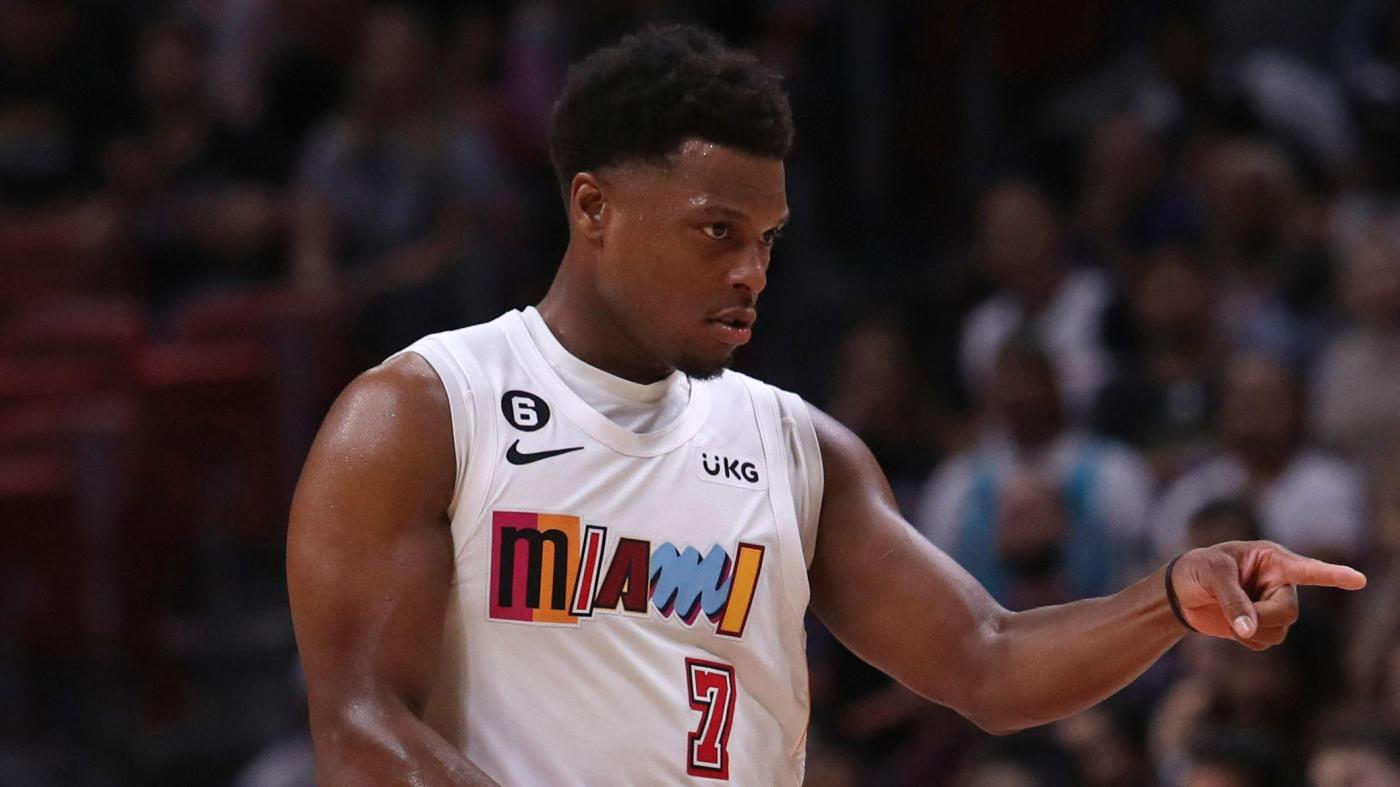 There are moments such as Wednesday night against his former team when the intention with Kyle Lowry is clear, the Miami Heat’s veteran point guard moving into attack mode when it becomes apparent scoring is what is needed.

Lowry’s 19 points in the loss to the Toronto Raptors at the start of this four-game trip were three off his season high, and his second-highest scoring total of the season.

But there also were only two assists.

For Lowry, more than a year into his Heat tenure, it is as if there still is a balancing act in play. On nights when others can dominate with their scoring, he defers. But on a night such as Wednesday, when Jimmy Butler scored only 13, he switches it up.

“Just figuring it out,” Lowry said, with the Heat moving on to Friday night’s game against the Washington Wizards at Capital One Arena. “One thing about it is it’s a marathon and not a sprint.

“Early in the year we were trying to figure out our team. Right now, unfortunately, we’ve got injuries, so that forces everyone to step up a little bit more.”

When starting alongside Tyler Herro, Lowry often plays off the ball. With Max Strus starting the past two weeks as Herro deals with an ankle sprain, it has been more of a traditional on-ball assignment.

“I think we’re figuring some things out,” Lowry, 36, said. “If you’re concerned about your individual stats and your game right now, you shouldn’t be. It’ll come.”

Not that any of this is new, with Lowry tending to ease his way into seasons. Last year, he scored fewer than 10 points in nine of first 19 appearances. This season, he has scored in double figures in all but two, albeit with modest scoring totals, fifth on the team in scoring going into Friday night, at 13.5 points per game.

“As a veteran player, my thing is everyone comes in from the summertime and you’ve got to get back comfortable with each other as a group,” he said. “And we’ve got to figure out different lineups, different teams. But I think we’re coming together.”

Former Toronto teammate Fred VanVleet said in the wake of the Raptors’ Wednesday victory over the Heat that his former backcourt partner still has ample tricks up his sleeve.

“I thought he was old three years ago,” VanVleet said with a smile. “To see him still kicking and making an impact and putting pressure on the defense, you could just see the greatness in him.”

To a degree, Lowry said it is as if it is another new beginning, unlike the continuity of his nine seasons with the Raptors.

“I think it’s different now because we have a different starting unit,” he said of an alignment that only injuries have altered. “Tyler is emerging and coming along, and Bam [Adebayo] is becoming more of a factor, and Caleb [Martin] is our starting guy now [at power forward in place of departed P.J. Tucker]. So it’s just different, trying to figure out who, what, where, how and when.

“So that’s the thing that takes time. That’s something we have to deal with. But I think we’ve found a great groove. It’ll be different when Tyler gets back but we understand what we’re doing with Tyler and Bam and everybody. We’re all on the same page.”

All with an appreciation of the Heat trying to find their place in an Eastern Conference replete with parity, after the Heat secured the top regular-season playoff seed last season.

“Milwaukee and Boston are really good and everybody else is still good but they’re trying to figure it out,” he said. “But that’s our league in general. . . . That’s the great parity of our league and how it’s set up now.