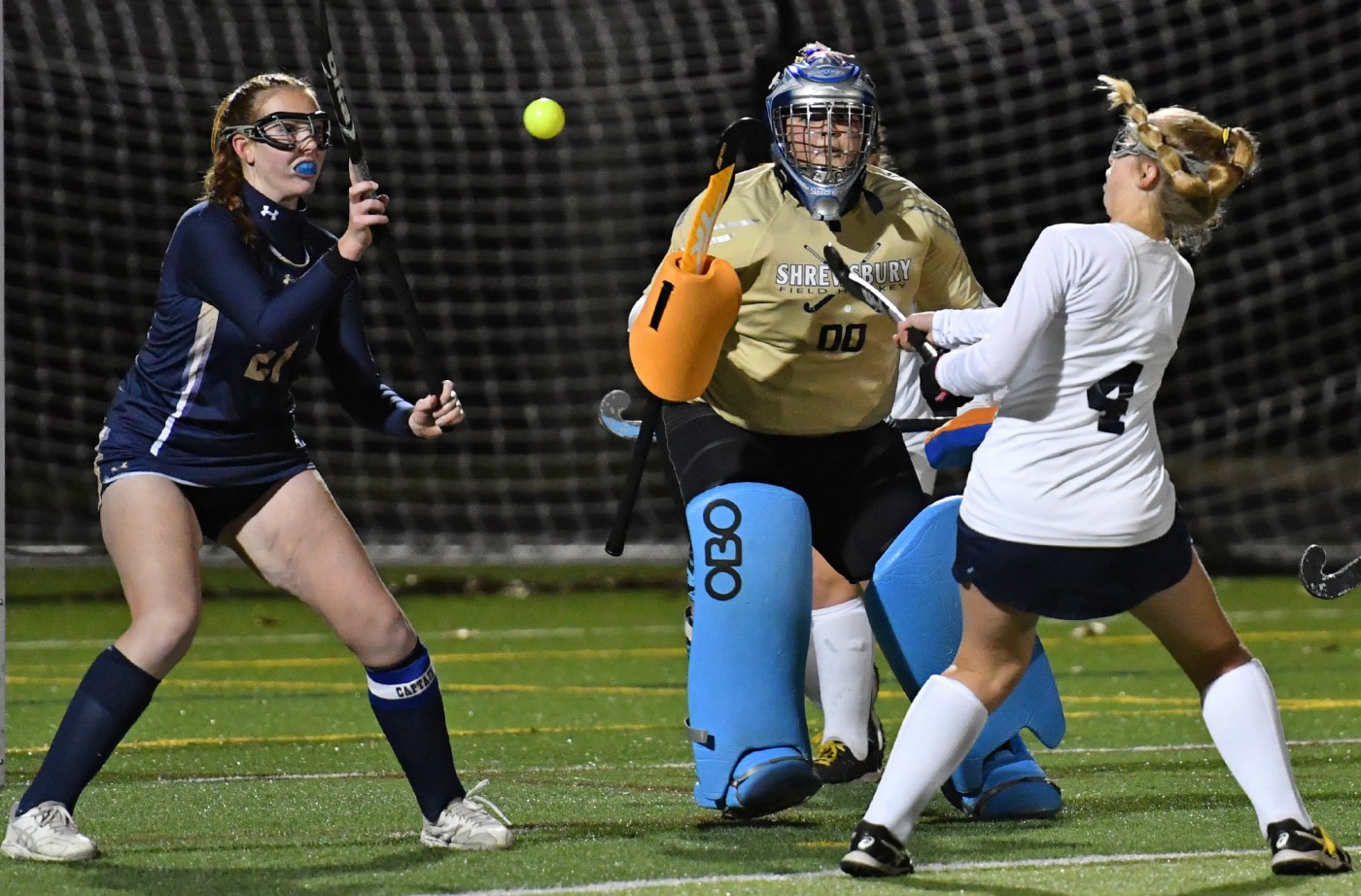 MARLBORO – Only the scenic, winter wonderland snowfall could fittingly follow the magic that second-seeded Andover summoned in the fourth quarter of its state semifinal game Tuesday night at Charles W. Whitcomb Middle School.

Trailing for the first time since the season opener, the Golden Warriors needed to muster every ounce of grit they had to finally break through a No. 3 Shrewsbury defense that gave them no space to work with all night. And with two goals in the final 12 minutes of play, Andover completed a comeback for the ages.

Bella DiFiore tied the score after some great passes in front of the net, and sophomore Scarlett Glass buried the game-winner with 2:07 to play in a 2-1 win over the Colonials. The miracle Warriors move on to play top-seeded Walpole in a rematch of last year’s Div. 1 title game.

“I’ve got a horseshoe with me,” said Andover head coach Maureen Noone. “They didn’t quit. We played (Shrewsbury) earlier in the year but we knew that they were going to be different this time. They’re very quick, they’re very aggressive. But we didn’t stop. That was the good part. … I think we’re just going to take tomorrow off and regroup.”

The defensive battle between the two teams was as relentless as it could be, and after twice losing to Andover over the past two seasons, Shrewsbury played like it had nothing to lose. That much could be seen in how well the Colonials locked down star Emma Reilly over the first 12 corners the Warriors drew. Each one was a struggle to even get a shot off, making it anybody’s game coming out of a scoreless halftime.

Magic swept over the Colonials at first, with pressure around Andover goalie Adelaide Weeden eventually developing into a 1-0 lead. Lexi Kent tapped in a lose ball off Maddie Mrva’s stick, and all momentum was in Shrewsbury’s corner with 5:31 to go in the third quarter.

It wouldn’t last too long from there, though.

DiFiore carried the ball down the left sideline early in the fourth quarter, all the way to the circle. A couple quick passes around the goal led to her finishing off the tying tally. Defense battled once again back and forth from both squads, with Weeden even coming clutch on a save during a defensive corner.

The 13th time was the charm for Andover on its corner plays, and a scrum in front of the goal led to the tap-in from Glass.