Todays Though > News > LB Patrick Queen plays every down in opener vs. Jets – Boston Herald
News

LB Patrick Queen plays every down in opener vs. Jets – Boston Herald 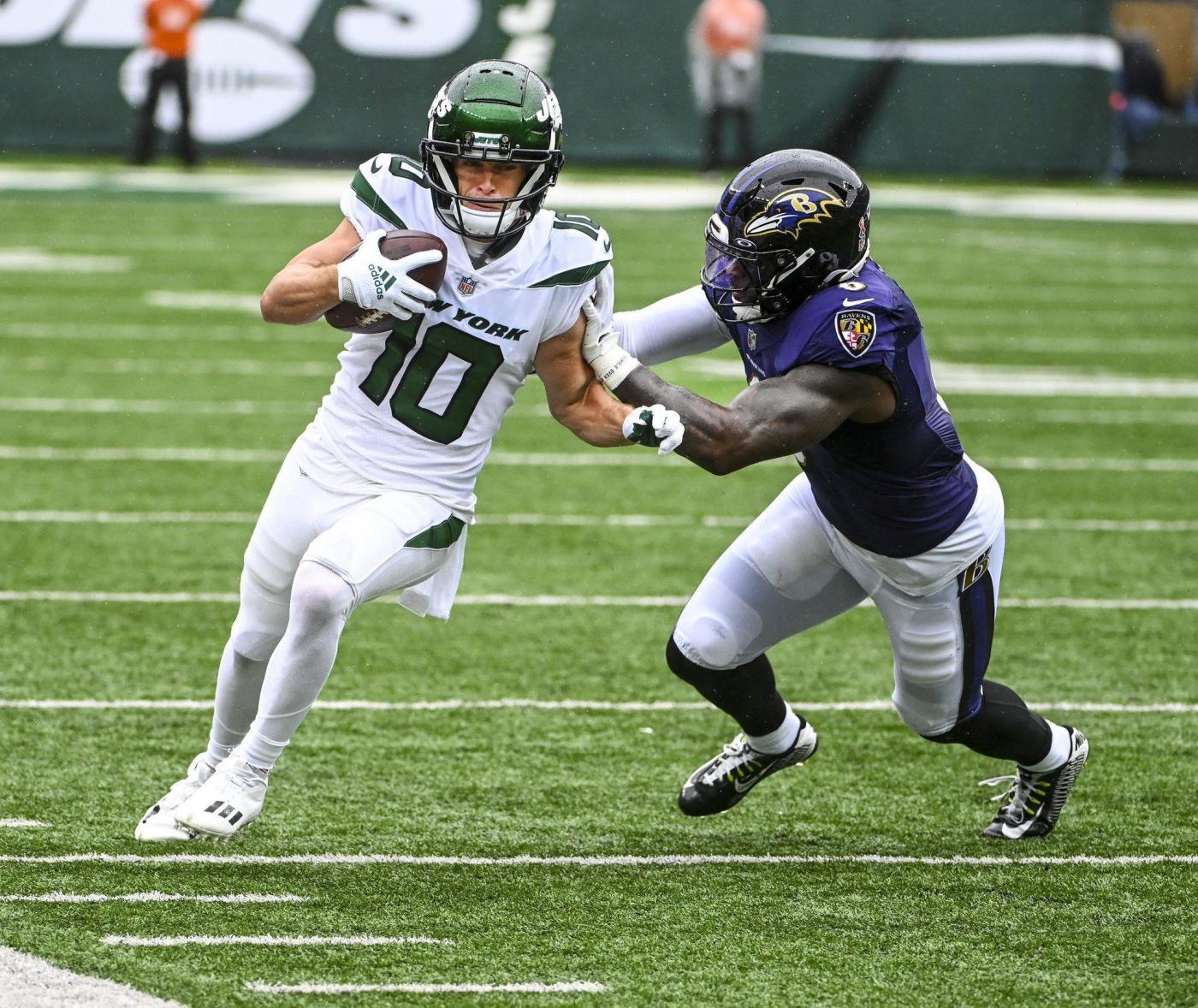 New defensive coordinator Mike Macdonald used Patrick Queen as an every-down linebacker in the team’s season-opening win over the New York Jets. On offense, the Ravens turned to Kenyan Drake as their top running back in the absence of J.K. Dobbins.

Observations: After signaling for most of the preseason that Davis would be their first option at running back if Dobbins could not go, the Ravens went with the more explosive Drake as a clear No. 1 option. Bateman was the No. 1 wide receiver as expected but played a modest 66% of offensive snaps. Likely played a smaller role than he did in preseason and did not produce as a receiver. Duvernay had a big day, and Robinson played the third most snaps at wide receiver, meaning Proche seems to be on the outside looking in again. James’ season ended after 24 snaps when he retore his Achilles, a brutal blow for a player who has not lasted a full season since 2018.

Observations: New defensive coordinator Mike Macdonald showed his faith in Queen by keeping him on the field for every snap, something we did not see under previous coordinator Don “Wink” Martindale. Clark, Williams and Humphrey are going to be the stalwarts of the secondary, with Marcus Peters presumably taking most of Fuller’s snaps when he’s ready to play. Stephens was on the field 69% of the time, a sign that his ability to line up at any spot will make him a significant contributor. Hamilton played exactly half the defensive snaps, and his role will be something to keep an eye on. Despite the lack of depth at outside linebacker, Macdonald did not have to lean overly hard on Houston, and the veteran produced a big day. The Ravens went with an egalitarian rotation on the interior, which bodes well for Campbell’s stamina late in the season. Harrison started in the SAM linebacker role traditionally held by Tyus Bowser, who will miss at least the first four weeks. He played just 26% of defensive snaps but finished with five tackles.