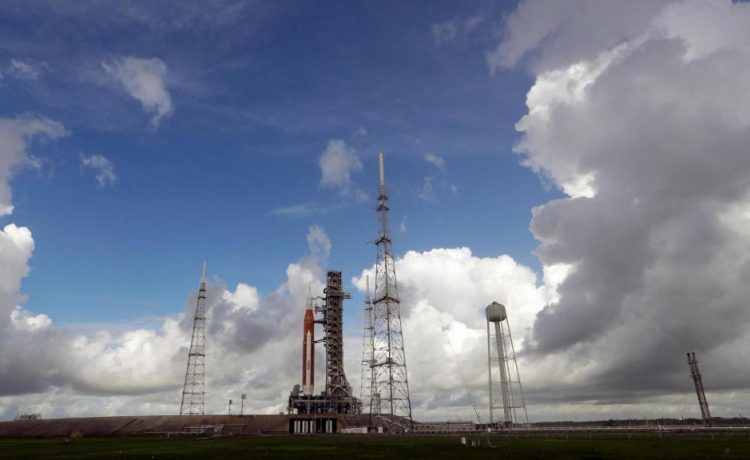 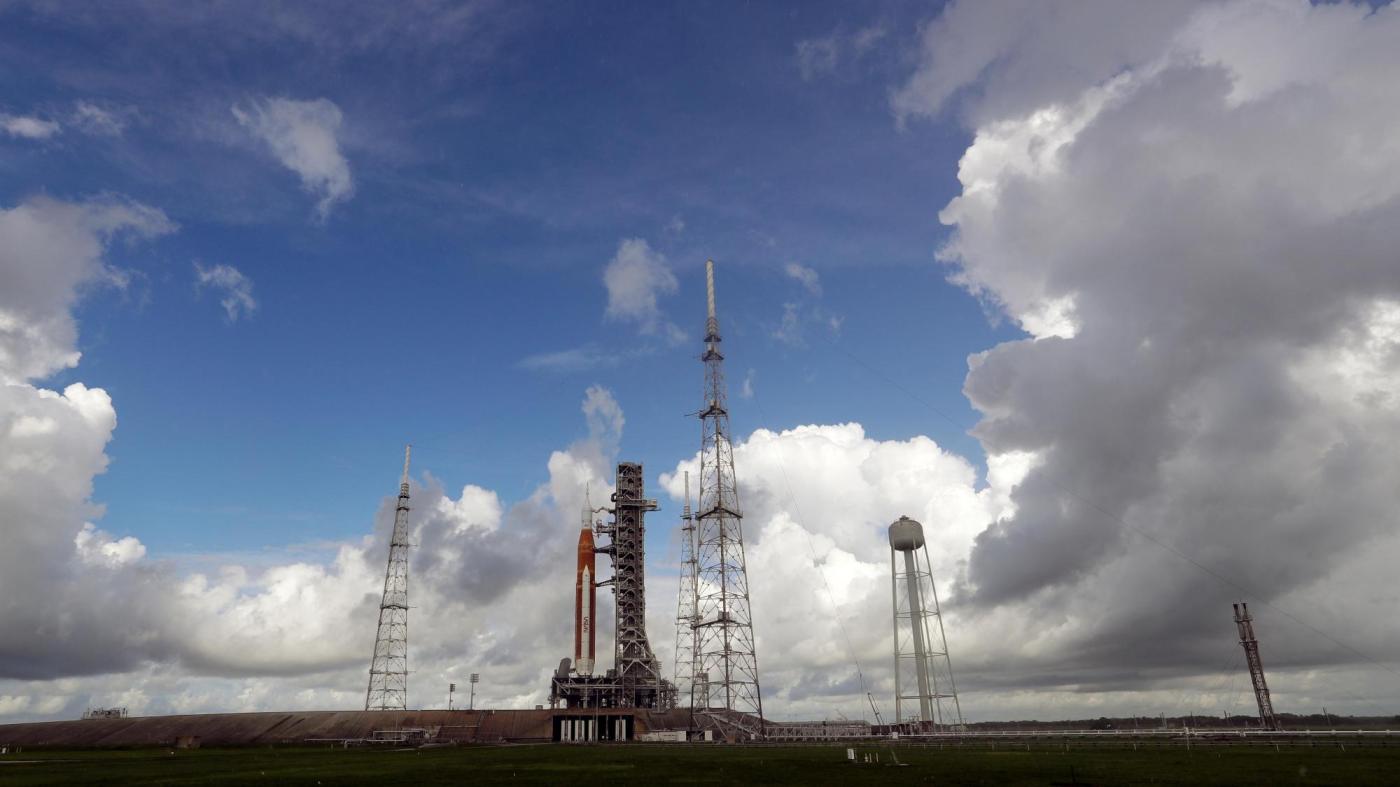 CAPE CANAVERAL, Fla. (AP) — A fuel leak and then an engine problem during final liftoff preparations led NASA to call off the launch of its mighty new moon rocket Monday on a shakedown flight with three test dummies aboard.

The next launch attempt will not take place until Friday at the earliest and could be off until next month.

As precious minutes ticked away, NASA repeatedly stopped and started the fueling of the Space Launch System rocket with nearly 1 million gallons of super-cold hydrogen and oxygen because of a leak of highly explosive hydrogen. The leak happened in the same place that saw seepage during a dress rehearsal back in the spring.

Then, NASA ran into new trouble when it was unable to properly chill one of the rocket’s four main engines, officials said. Engineers continued working to pinpoint the source of the problem after the launch postponement was announced.

The rocket was set to lift off on a mission to propel a crew capsule into orbit around the moon, bringing the U.S. a big step closer to putting astronauts back on the lunar surface for the first time since the Apollo program ended 50 years ago.

The 322-foot (98-meter) spaceship is the most powerful rocket ever built by NASA, out-muscling even the Saturn V that the Apollo astronauts rode.

As for when NASA might make another liftoff attempt, launch commentator Derrol Nail said engineers were still analyzing the engine problem and “we must wait to see what shakes out from their test data.”

No astronauts were inside the rocket’s Orion capsule. Instead, the test dummies, fitted with sensors to measure vibration, cosmic radiation and other conditions, were strapped in for the six-week mission, scheduled to end with the capsule’s splashdown in the Pacific in October.

Even though no one was on board, thousands of people jammed the coast to see the rocket soar. Vice President Kamala Harris was expected among the VIPs.

The launch, when it happens, will be the first flight in NASA’s 21st-century moon-exploration program, named Artemis after Apollo’s mythological twin sister.

Assuming the test goes well, astronauts will climb aboard for the second flight and fly around the moon and back as soon as 2024. A two-person lunar landing could follow by the end of 2025.

The problems seen Monday were reminiscent of NASA’s space shuttle era, when hydrogen fuel leaks disrupted countdowns and delayed a string of launches back in 1990.

Later in the morning, NASA also officials spotted what they feared was a crack or some other defect on the core stage — the big orange fuel tank with four main engines on it — but they later said it appeared to be just a buildup of frost in a crevice of the insulating foam.

Launch director Charlie Blackwell-Thompson and her team also had to deal with a communication problem involving the Orion capsule.

Engineers scrambled to understand an 11-minute delay in the communication lines between launch control and Orion that cropped up late Sunday. Though the problem had cleared by Monday morning, NASA needed to know why it happened before committing to a launch.

Regardless of all the technical snags, thunderstorms ultimately would have prevented a liftoff. Dark clouds gathered over the launch site as soon as Blackwell-Thompson halted the countdown, with thunder echoing across the coast.

The Associated Press Health and Science Department receives support from the Howard Hughes Medical Institute’s Department of Science Education. The AP is solely responsible for all content.