LeBron not so passive about wanting more, creating heat amid Heat – Boston Herald 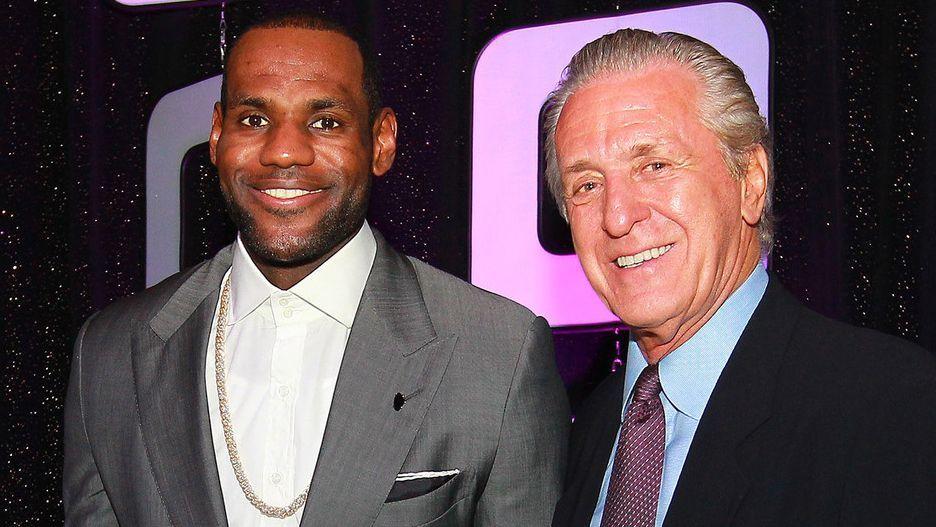 In the Miami Heat’s 35 seasons, it can be argued that no player did passive-aggressive as well as LeBron James.

Even when it got sideways with Dwyane Wade during the soured negotiations that led to the brief 2016 detour to the hometown Chicago Bulls, the iconic guard made clear, and public, his displeasure. It was all out in the open.

In fact, in all of sports, it could be argued that LeBron remains King James in that regard, or at least up there with Aaron Rodgers’ passive-aggressive Green Bay Packers’ manipulation of trade demands and head games regarding the notion of Jordan Love as his heir apparent.

So in the wake of the Los Angeles’ Lakers’ Wednesday night ragged loss in the building where LeBron previously played four NBA Finals and won two Heat championships, it almost came off as a staged moment on the temporary stage erected for visiting players, when, two days before before his 38th birthday, perhaps not so extemporaneously, he offered up in response to a question:

“I think about how much longer I’m going to play the game. I think about that I don’t want to finish my career playing at this level from a team aspect. I’ll still be able to compete for championships because I know what I can still bring to any ballclub with the right pieces.”

But you know who might just have the right pieces?

The very icon that LeBron shunned when opting to leave the Heat in 2014 for a return to the Cleveland Cavaliers.

The very icon, who, eventually, months later, after the shock of that shun in Las Vegas in July 2014, said he had come to accept LeBron’s reasoning for returning to his hometown team.

So could Heat President Pat Riley again be in the on-deck circle, circling, as he was in 2010, when Big Three was forever etched into Heat lexicon?

No, probably not at the moment, not as the Lakers get the first crack at placating passive-aggressive LeBron, just as the Heat did by complementing him with the likes of Mike Miller, Shane Battier, Ray Allen and Chris Andersen, and just as the Cavaliers did in his return to Cleveland.

And, no, you don’t trade Bam Adebayo, at 13 years younger, and punt on a future decade.

But for all the machinations and permutations that Heat general manager Andy Elisburg fiddled with on his abacus when it came time to make a decision on a rookie-scale extension in October, Tyler Herro becomes trade eligible again in July (he’s actually trade eligible at the moment, but there are major salary-cap hurdles in place). And that makes it all the more curious, because the two-year, $97 million extension signed by LeBron also does not have him trade eligible until the offseason.

Question: Since the end of the Big Three era has there been a Heat player who speaks more to the L.A. vibe than Tyler Herro? Follow-up: If passive-aggressive LeBron further amplifies Wednesday’s volume amid continues losing, might the Lakers have to consider their next evolution, just as they did in the post-Kobe Bryant era?

Yes, it could take more, from salary and draft-capital standpoints.

And, yes, there will be a full trading period ahead of the Feb. 9 NBA trading deadline for the Lakers to make things right in the moment.

But for as energized as the East now stands, with Kevin Durant-Kyrie Irving having the Brooklyn Nets playing as the Nets many previously anticipated, there would be something to be said about Adebayo, LeBron, Jimmy Butler from a two-way standpoint. Try beating that suffocating defense at crunch time.

That, of course, would require a waiting game. And, at 38, waiting games become difficult when it comes to considering championship odds at 39. Plus, the Lakers continually have vowed to placate LeBron. Beyond that, younger, perhaps more palatable options, soon come to market, perhaps even another dance for Giannis Antetokounmpo.

But nothing LeBron James does or says is by accident.

And the fact that he discussed goals and desires deep into the night at 601 Biscayne Boulevard when served up the proper question only furthered the curiosity.

There was a time when a Riley-LeBron reunion seemed unfathomable in the wake of Riley’s “smiling faces with hidden agendas” postseason news conference following what proved to be LeBron’s final Heat games in 2014.

But even then, Riley bent over backward to placate, with the drafting of LeBron’s preferred Shabazz Napier in June 2014 and the additions at the start of 2014 free agency (ahead of LeBron’s departure) of anticipated LeBron complements Josh McRoberts and Danny Granger.

But that was then. Before Riley and the Heat made clear that LeBron’s jersey will, indeed, one day hang from the rafters. Before the Heat resurrected to the point of facing LeBron and the Lakers in the 2020 NBA Finals. Before Butler kept banging his head against the playoff wall realizing something more might be needed, even as he plays with the ego of a leading man.

So, no, not something purely fantasy.

As LeBron sat there Wednesday, steps from what had been the NBA Finals media room during his Heat era, he sounded like Wade during the 2010 NBA playoffs, when, after a first-round loss to the Boston Celtics, Wade said he wasn’t going out that way anymore.

Two months later, LeBron and Chris Bosh were at his side.

Wednesday, LeBron said he isn’t going out this way.

Saying it in the Heat’s house.

RESPECT RESTORED: Among the Heat’s failings in the 2011 NBA Finals was the mockery of Dirk Nowitzki pushing through illness to lead the Dallas Mavericks to that championship in the Heat’s first Big Three season. But with James in Dallas the day the Mavericks unveiled their statue of Dirk Nowitzki, one of the former forward shooting a trademark jumper, James said the tribute was spot on. “Before the availment of what the statue would look like, I already knew what the statue was gonna look like,” James said. “It had to be a fade-away, one leg. Had to be, no question about it. Dirk is a legend. He’s an icon.” Now only with respect. “I think he’s the greatest international player ever,” James said. “I put him right there with Manu [Ginobili].”

NEW FOOTING: A championship assistant alongside Erik Spoelstra with the Heat, and then coach of the Memphis Grizzlies and New York Knicks, David Fizdale again finds himself alongside Wade, this time as associate general manager of the Utah Jazz. At Fizdale, 48, explained to ESPN’s Andscape it was the right move at the right time. Fizdale said becoming a father had him thinking about stepping away from coaching, which also included time as a Lakers assistant in 2021-22. That led to a conversation with Wade, now a Jazz part owner. Ultimatly, it came down to a conversation with Jazz CEO, Danny Ainge, the Heat’s former Celtics front-office rival. “He said, ‘Listen, I talked to D-Wade about this a while ago. I should have already called you about this,” Fizdale said, later continuing, “He just laid it out. Associate GM. He said people need to know that this is serious. We’ll do this for a year, we’ll come back together at the end of the year, if you still feel like this is something that you want to do.” Fizdale had a standing offer to become a Nate McMillan assistant coach with the Atlanta Hawks, when he instead took the Jazz offer.

STILL GRINDING: Former Heat championship forward James Posey, currently working as a Washington Wizards assistant, says the goal remains to work as a head coach. “I’m just keeping my head down, working hard and hopefully I’ll show enough progress to where the opportunity presents itself,” Posey told NBCSports Washington. “Outside of that, I have fun every day. Every day is another day in paradise. I love what I do.” Posey, 45, is the only former player on the staff of Wizards coach Wes Unseld Jr. “There’s ways he can say things to players that maybe aren’t as delicate as they should be, but I think the message is conveyed,” Unseld said. “I think he has a good sense and beat of the pulse of the group, which is an important thing because he’s been through it.” Posey won NBA titles in 2006 with the Heat and 2008 with the Boston Celtics.He also shared in the Cavaliers’ 2006 championship as an assistant coach.

LEARNING CURVES: More than purely a Udonis Haslem-tyle mentor, Heat point guard Kyle Lowry still is not beyond taking on projects. This time around it’s rookie center Orlando Robinson, after working last season with rookie big man Omer Yurtseven. Lowry said the difference is Robinson is not necessarily here to stay, based on his two-way contract. “I think it’s similar in a sense. But at the same time, it’s different,” Lowry said. “Orlando is on a two-way. He’s kind of like, ‘I’m coming up and giving you what I can.’ He’s just trying to help these guys get better. My job is to make these guys get easy looks, easy shots, feel comfortable out there and try to be able to support their family and get contracts. That’s all I can think about is trying to help those get better individually and win games.”

30. Consecutive games Lakers had scored at least 100 points, the longest active streak in the NBA at the time, before they were limited to 98 in Wednesday’s road loss to the Heat. The Lakers had scored 129 points the previous night in Orlando.