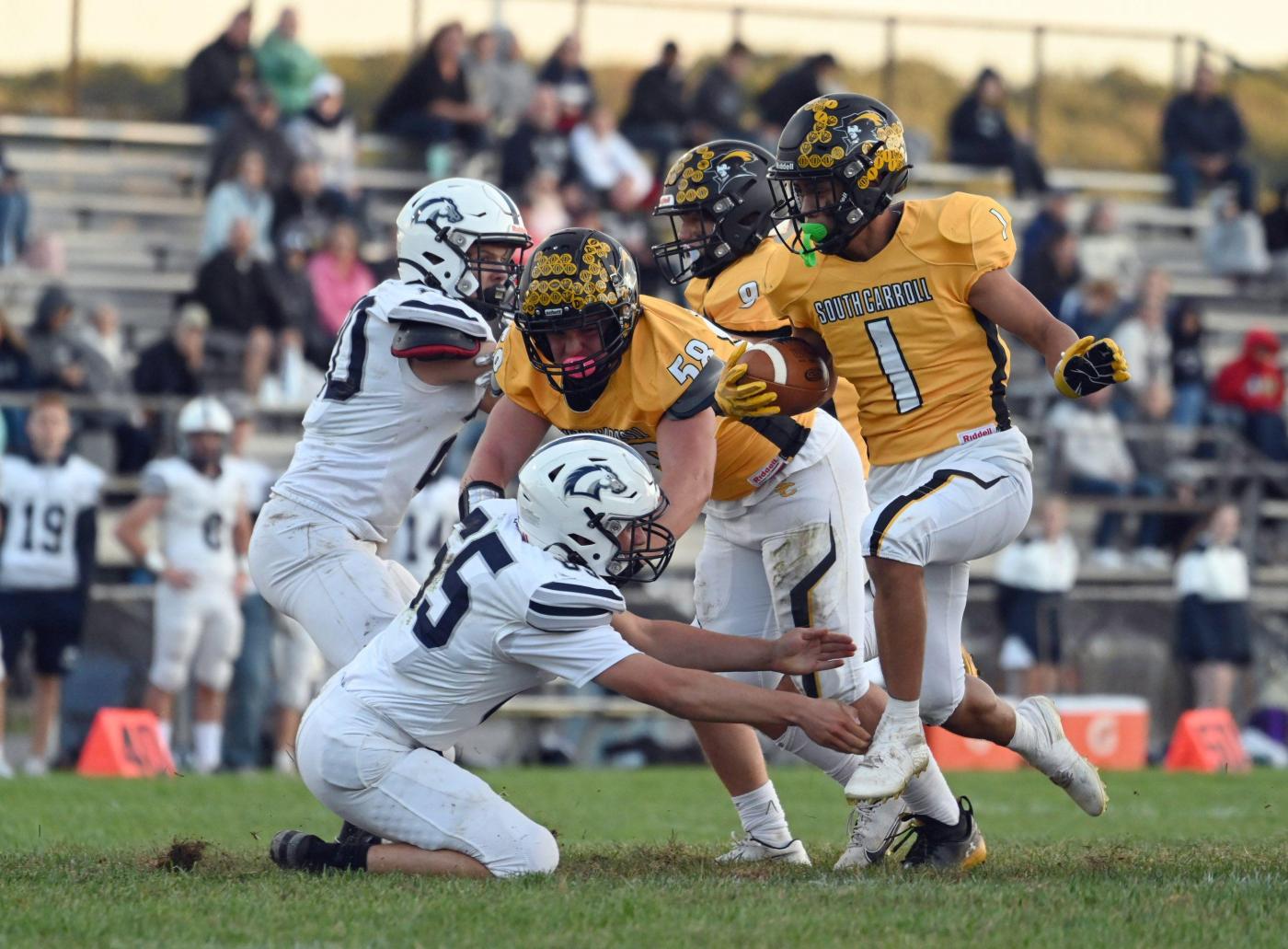 Here’s a rundown of the high school football second-round playoff games in Carroll County this week:

Outlook: After big shutout wins against overmatched opponents last week, the Owls and Rams face off in what looks on paper to be a fantastic matchup. The game was moved from Westminster to Mt. Hebron’s turf field due to the impending severe weather forecast for Friday.

Walker continues to be a special playmaker for Bassler’s Owls, averaging more than three combined passing and rushing touchdowns every Friday (32 total in 10 games). But his production is no secret, and now that he’s reached the point of the season where the opposing talent is at a higher level, he’ll have to deal with teams aiming to shut him down.

Westminster has a solid corp of receivers with Zaranski and Mason Fisher leading the way. The backfield has been hit by injuries over the course of the season, but the opportunity is there for someone to step up if teams are looking to take away the pass.

Edgewood’s defense is solid, posting six shutouts this year, including four in its first five games. Its two losses have come by a combined seven points. Edgewood has a balanced offense with a quarterback that can hit athletic targets outside and backs that can pound away and take it to the house if they get a seam.

Outlook: This game moved its date and location to be free of the storm, playing Saturday evening at Marriotts Ridge. Like all Carroll County teams, Liberty has a grass surface at home and doesn’t play much on turf over the course of the season. But Liberty’s speedy receivers could find the faster surface to their liking.

Williamsport handled Winters Mill in the first round last week. The Wildcats also beat Manchester Valley, 27-7, in Week 1. Rourke was a handful for the Falcons last week, rushing for three touchdowns in the first half. He’s the center of the Wildcats’ attack, and Liberty’s front seven, led by Murphy, Luke Collins, Nico Marsicano and James Traynham, have the important job of trying to keep him contained.

Outlook: This game has been moved to the turf field at Glenelg on Friday.

Boonsboro opened the playoffs last week with a big win over Western Tech, while the Cavaliers rested up, enjoying the bye that came with being the No. 1 seed and would-be eighth-seed Randallstown opting out of the playoffs. Boonsboro led the Wolverines, 15-6, in the third quarter last week before pulling away.

The Warriors were able to make big plays in its running game with Jervis scoring on runs of 46 and 27 yards. Chad Wyand added a 54-yard touchdown run.

But when it comes to big running plays, Rodrigues has had more than his fair share. He’s a tough back to contain and is capable of breaking any run for a score. If he does get bottled up, Mazalewski has shown more than capable of making plays with his arm or legs.