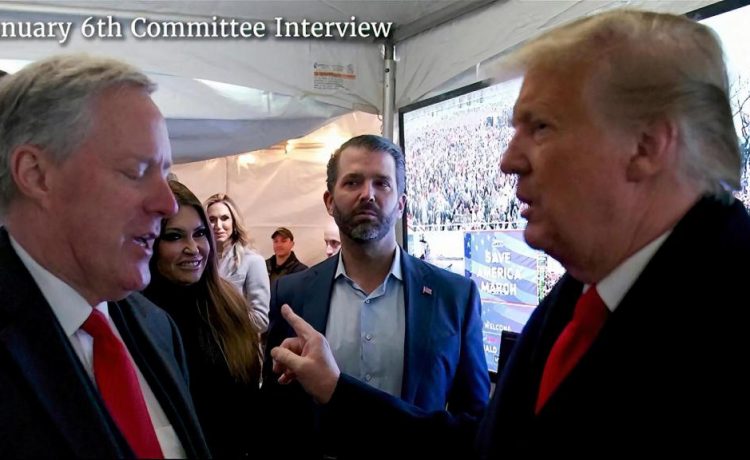 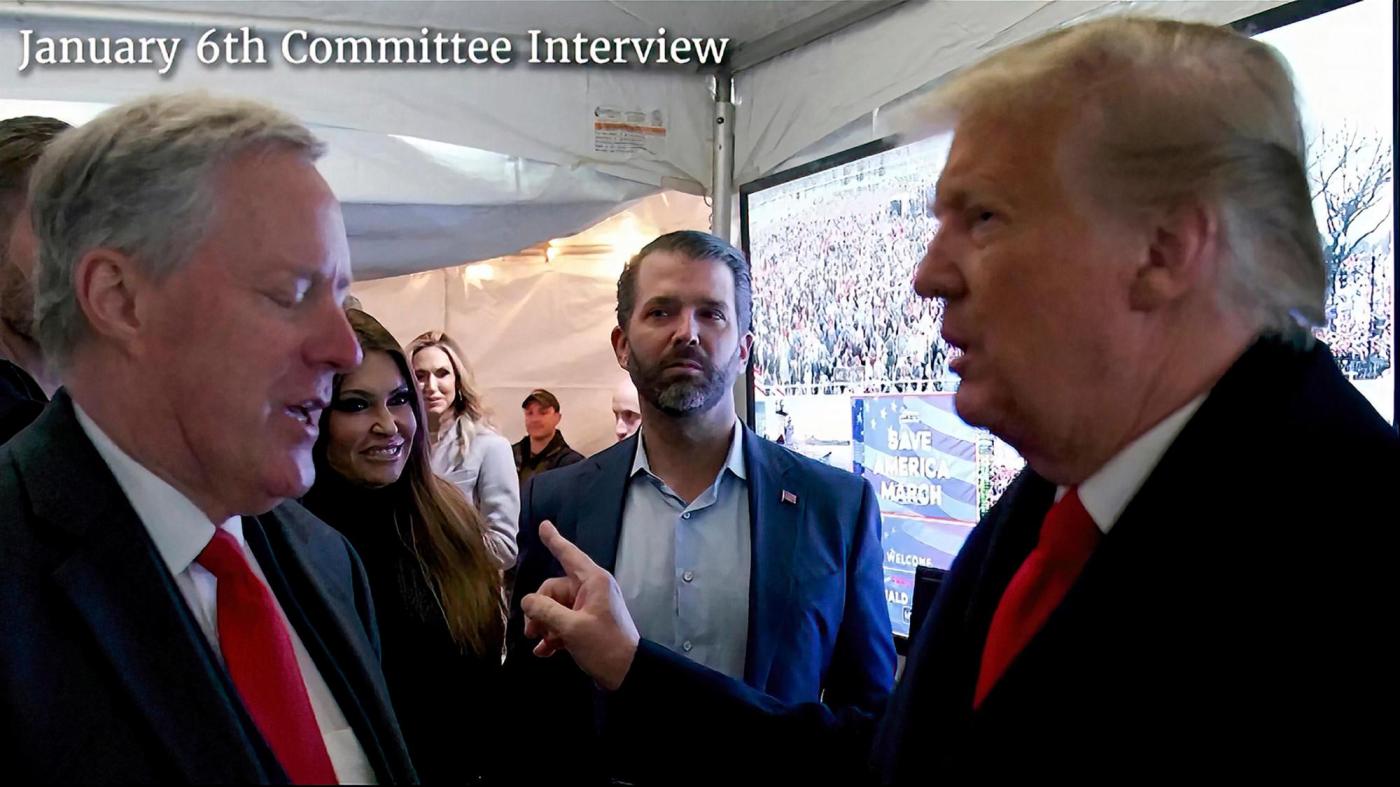 WASHINGTON (AP) — The Latest on the hearing Thursday by the House committee investigating the Capitol riot (all times local):

The vice chair of the Jan. 6 committee says “doors have opened, new subpoenas have been issued and the dam has begun to break″ due to the panel’s continuing investigation and its successful effort to overcome reluctance from witnesses.

Republican Rep. Liz Cheney of Wyoming says at the committee’s prime-time hearing that Donald Trump’s goal was to halt or delay the congressional certification of Joe Biden’s election victory, and that the then-president tried to strong-arm his own vice president, state election officials and the Justice Department.

Cheney says that on Jan. 6, 2021, the only thing that was succeeding was the “angry armed mob that President Trump sent to the Capitol. … That mob was violent and destructive, and many came armed.”

She says that on that day, Trump for hours chose not to answer pleas from Republican lawmakers to intervene and stop the violence, and never picked up the phone to request the help from the military or from law enforcement.

Cheney says “he refused to do what every American president must.”

MORE ON THE COMMITTEE’S INVESTIGATION

— What to watch as Jan. 6 committee returns to prime time

The chairman of the House committee investigating the Capitol riot has opened Thursday’s prime-time hearing by saying that congressional investigators have told the story in public sessions over the past weeks of a president — Donald Trump — who did everything he could to stay in power.

Democratic Rep. Bennie Thompson of Mississippi says of Trump: “He lied, he bullied, he betrayed his oath.”

The committee is taking a close examination of Trump’s actions on Jan. 6, 2021 — a day of violence in Washington. The focus of this hearing is on the three-plus hours during the insurrection at the Capitol when Trump failed to act to stop the attack.

Thompson says that despite the erupting violence that day, Trump “could not be moved.”

The congressman also says the committee continues to hear from witnesses and plans to reconvene in September to continue laying out its story to the public.

Thompson is isolating after testing positive for COVID-19 and is attending the hearing by video.

The Jan. 6 committee has gaveled open its second prime-time hearing on Capitol attack and is pledging close scrutiny of then-President Donald Trump’s actions on Jan. 6, 2021 — a day of violence in Washington.

An estimated 20 million people watched the House committee’s first evening session, in early June, which kicked off a series of televised sessions.

One committee member has said Trump was “gleefully” watching the riot unfold on TV at the White House.

The Jan. 6 committee returns to prime time on Thursday evening with a hearing focusing on three-plus hours during the insurrection at the Capitol when then-President Donald Trump failed to act to stop the violence.

The defeated president’s lies about a stolen election drove his supporters to the Capitol on Jan. 6, 2021, and despite pleas from aides, allies and even members of his family, Trump did nothing to rein in the mob.

And what was Trump doing at the White House during those 187 minutes of inaction?

One committee member says Trump was “gleefully” watching the riot unfold on television at the White House.

Three hours and 7 minutes after the assault began, Trump released a video that day at 4:17 p.m., recorded in the Rose Garden, in which he praised the rioters as “very special,” but asked them to disperse.

The hearing could be the committee’s final one after a series of public sessions over the past six weeks.

Live testimony is coming from two former White House aides. They are Matt Pottinger, who was deputy national security adviser, and Sarah Matthews, a press aide. Both submitted their resignations on Jan. 6, 2021, after what they saw that day.

Expect to see never-before-seen outtakes of a Jan. 7 video in which White House aides pleaded for Trump to make as a message of national healing for the country. The footage is said to show how Trump struggled to condemn hos supporters who violently breached the Capitol.

Leading the hearing will be Democratic Rep. Elaine Luria of Virginia, a former Naval officer, and Republican Rep. Adam Kinzinger of Illinois, who flew combat missions in Iraq and Afghanistan.

The committee chairman, Democratic Rep. Bennie Thompson of Mississippi, is isolating after testing positive for COVID-19 and plans to attend the hearing by video.