Loose and ready, Dolphins must reclaim their season Sunday vs. Packers – Boston Herald 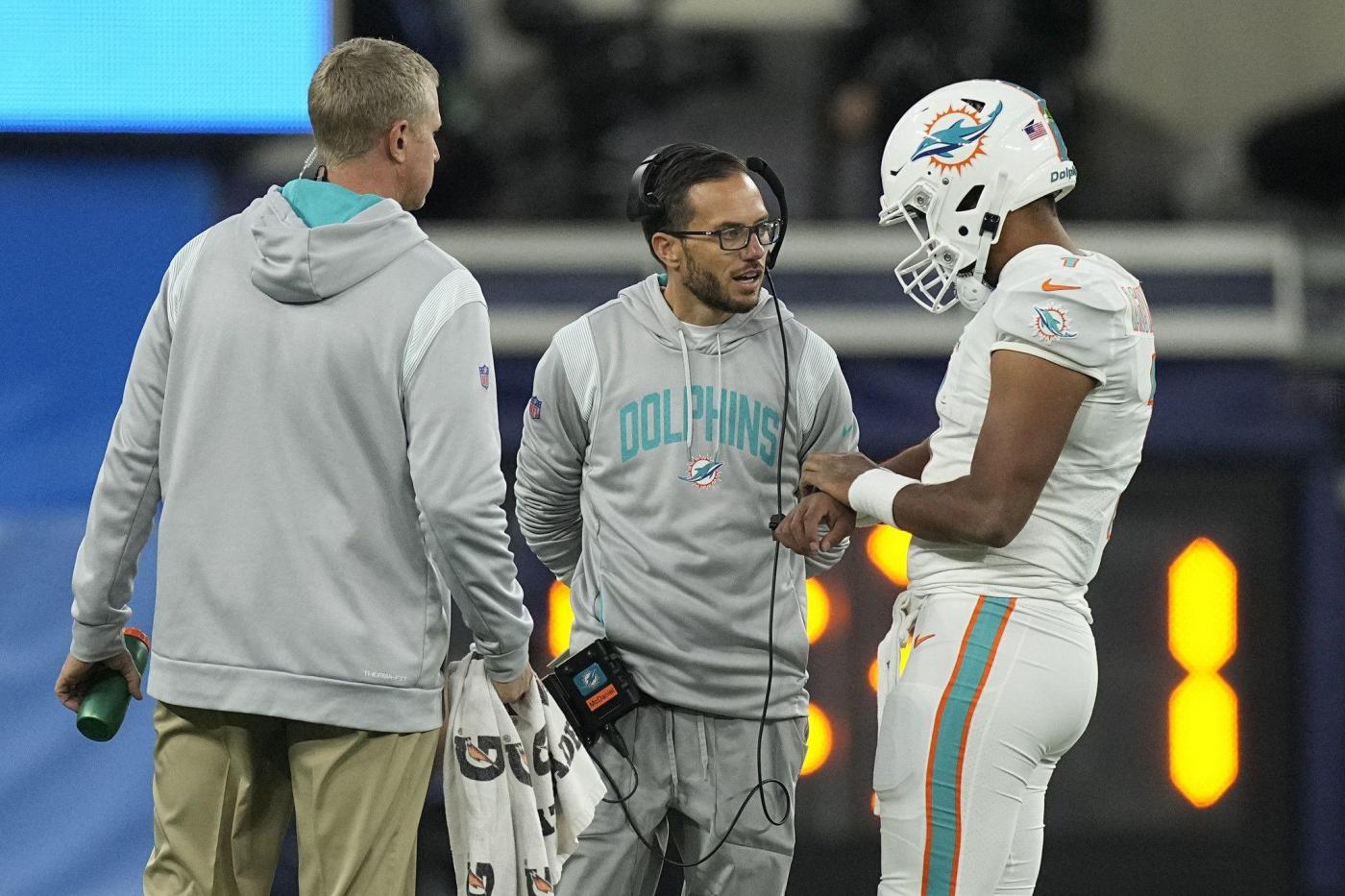 They lost it in San Francisco. They blew it in Los Angeles. They just missed it in Buffalo.

They’ll save it at home.

If the Miami Dolphins are who they believe they are, if they’re the team we watched until a December road stretch, they end this three-game losing streak in their return Hard Rock Stadium on Sunday with a win against Green Bay.

Everyone is full of playoff paths for the Dolphins, from winning two of their final three regular-season games, to getting some help if a couple of teams lose, to having a 78 percent chance of making the postseason entering Sunday according to the site fivethirtyeight.com.

Every certain path starts with a win Sunday. This game is a referendum on the Dolphins (8-6). Everyone’s seen how talented they are. This will tell how tough they are to discard this recent losing stretch and reclaim their season against a 6-8 Green Bay team that’s in the bottom half of all the heavyweight statistics.

“It’s a big game, but they’re all big and look around,” running back Raheem Mostert said this past week in the locker room. “We’re going to be ready.”

There’s no apparent hangover from the rough road stretch, no obvious tension in the way some teams have and others need to close out a season. That’s not this team’s identity. Coach Mike McDaniel remained his normal self, right down to his answer about the best qualities of his former workmate, Green Bay coach Matt LaFleur.

That said more than the serious answer McDaniel then gave, the one about LaFleur’s humility, his winning on an historic stage and how, “He’s a great person, a great football mind, hard worker and I think he’d probably be in the top three most attractive head coaches in the history National Football League.”

McDaniel, you see, is staying true to his different self. Joe Philbin offered no leadership identity and lost a chance at the playoffs in the final weeks in 2013 and 2014. Brian Flores was a tough-love guy — a no-love guy, really — and his teams cracked at Tennessee with the playoffs on the line last season and Buffalo the year before.

Flores didn’t have a legitimate playoff team either year. McDaniel does. This team has talent up and down the roster. It’s the most dynamic offensive talent with receivers Tyreek Hill and Jaylen Waddle since the Marks Brothers on Dan Marino’s 1980s teams.

“We know what we have to do,” guard Robert Hunt said. “We just have to go do it now.”

There’s a feeling around the Dolphins that they should have beaten Buffalo when they had them down last Saturday. There’s a feeling they’ve left this season a bit up for grabs in losing the past three games on the road.

“Everything’s in front of us,” Hunt said.

The game. The playoff path. Maybe some damage after that, too. This is the type of game the Dolphins can use to shake off the previous three games and put everything back on track for a strong finish.

It’s Christmas Day, too, a day that defined this franchise for the first time 51 years ago. They beat a great Chiefs team, then went on to win their first Super Bowl. A more parallel day came in in 1994 when the Dolphins beat Detroit to cement their home-field playoff game.

“Big plays in big moments,” Marino said after that game.

They’re at that point again. Over the past two decades, the Dolphins had the feel too much of an elevator going down at this time of year. It still has the feel of one going up this season. They’ve shown their talented enough, creative enough and flat-out good enough to make the playoffs.

Now they have to show they’re tough enough to ignore the previous three losses and reclaim their season.