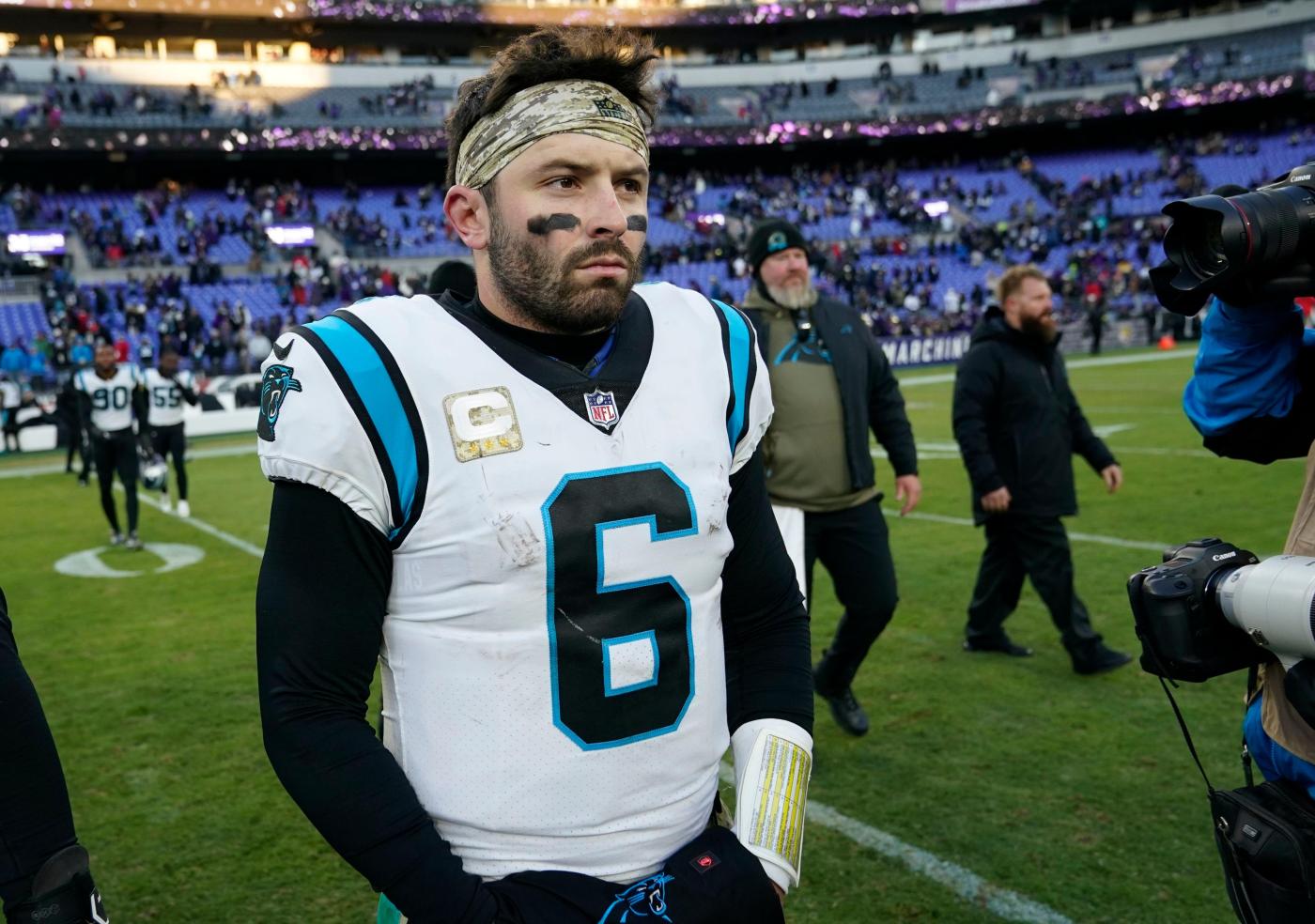 The Los Angeles Rams have claimed former No. 1 pick Baker Mayfield off waivers, according to reports.

The Carolina Panthers waived Mayfield on Monday after he played just seven games with the team. Panthers interim head coach Steve Wilks said waiving the quarterback was a mutual decision between both parties, according to an ESPN report. Wilks said Mayfield asked to be released after finding out he wouldn’t be the starting quarterback or backup in Carolina going forward, the report added.

The Panthers (4-8) — still in contention to win the lowly NFC South — will continue the season with former Jets’ quarterback Sam Darnold and PJ Walker.

The Rams will take on the remaining $1.35 million left on Mayfield’s contract. The former Browns’ draft pick is in the final year of a four-year, $32.6 million deal and will be a free agent at the end of the season.

“This is a tough business,” Wilks told reporters on Monday. “Sitting in this seat, it was a tough decision on my part, but something I felt like was the best move for the team moving forward.’

Mayfield is expected to arrive in Los Angeles by Tuesday night and is in play to start under center against the Las Vegas Raiders at Sofi Stadium on Sunday. The team is in the process of sending Mayfield the offensive playbook to ensure the quarterback is ready to play in a short turnaround against the Raiders, according to ESPN’s Adam Schefter.

The defending Super Bowl champions are bringing in Mayfield after putting Matthew Stafford on injured reserved due to a spinal cord contusion injury. Stafford has been on the sideline after injuring his neck in the Week 11 loss to the New Orleans Saints. Stafford is eligible to return to action in Week 17 against the Los Angeles Chargers, but Rams coach Sean McVay said “there’s a good chance” the quarterback will be sidelined for the rest of the season.

Stafford’s inability to play made the Rams (3-9) a landing spot for Mayfield, who has a Total QBR rating of 18.2 — that ranks last in the NFL among qualified quarterbacks. Mayfield played just six games for the Panthers this season after the Cleveland Browns traded the quarterback for a conditional 2024 fifth-round draft pick in July.

Mayfield’s tenure with the Panthers ends after he went 1-5 in games he started this season.