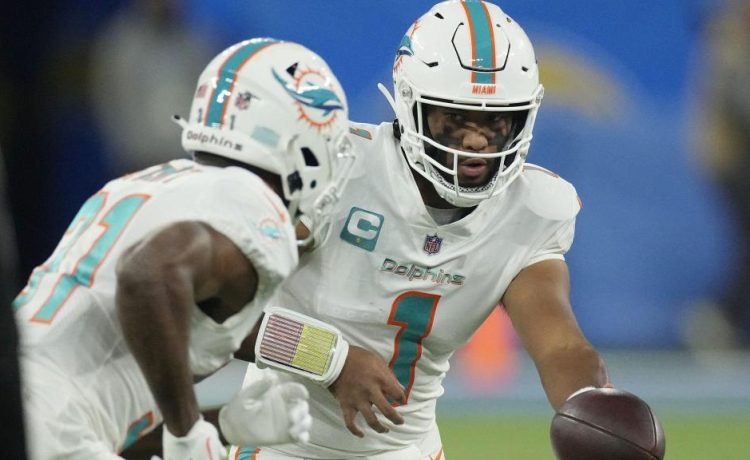 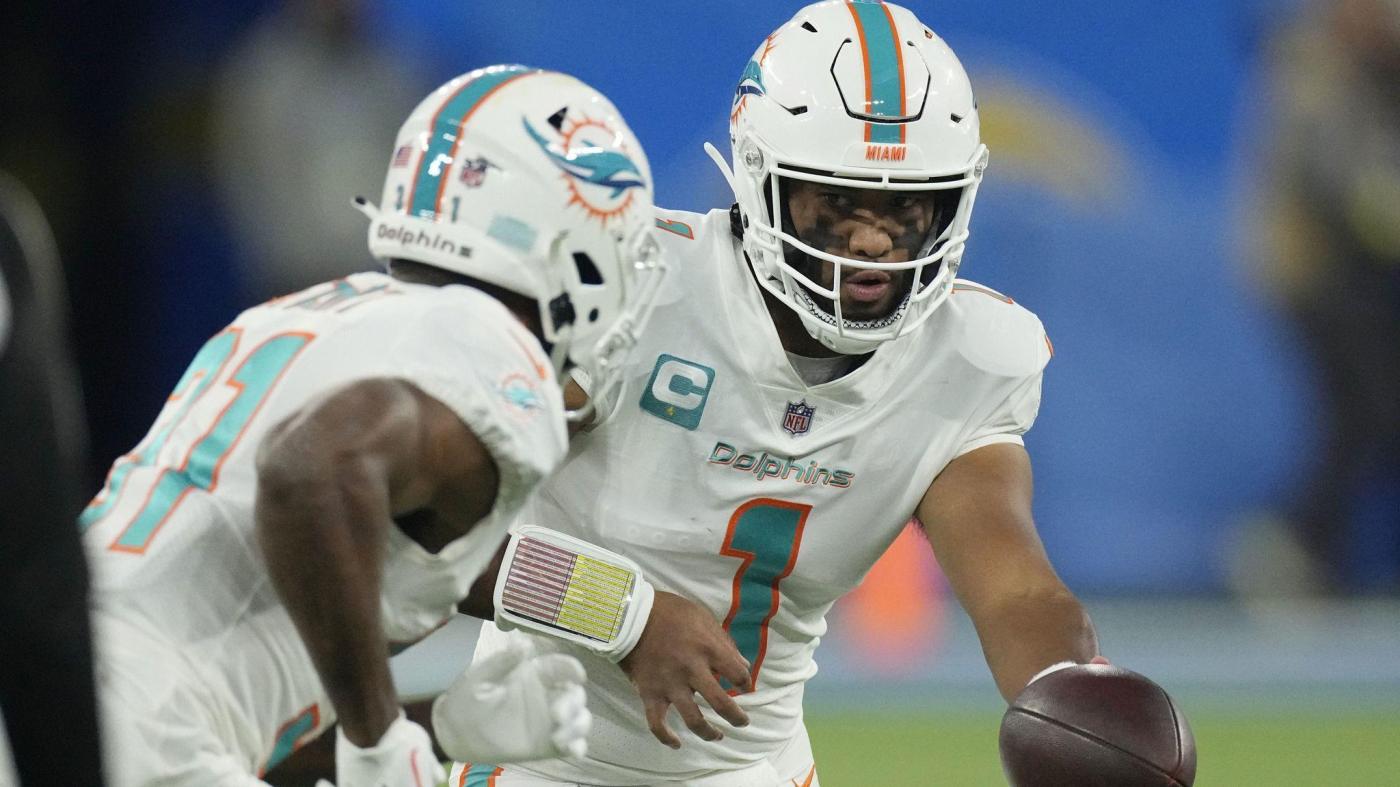 Sometimes losing shows you more than winning. Tua Tagovailoa showed he can win in November if everything is perfect around him. He played with strength and style, a marvel of accuracy and chemistry as he picked off open receivers from the center of a controlled football biosphere of opponent, score and weather.

The San Francisco 49ers and Los Angeles Chargers cracked that biosphere the past two weeks. They made Tagovailoa uncomfortable. They got the physical with this Miami Dolphins offense, the Chargers especially with strategic smarts against his receivers.

These defenses also did something every team that’s held down Tua this year has done.

“You’ve got to get to him,” said Chargers defensive lineman Brandon Fox, who sacked Tagovailoa in the Dolphins’ loss Sunday night.

“Hitting most quarterbacks over the course of the game that changes things,” teammate Breiden Fehoko said. “That’s something we did without a blitz.”

They didn’t get to Tagovailoa much. Two sacks, four quarterback hits. That’s all. Compare that to the four-sack, nine-hit licking the Dolphins put on the Chargers’ Justin Herbert, who still thrived. But there’s a line here, and it speaks to the biosphere the Dolphins (8-5) need to create to win.

As former NFL general manager Randy Mueller said last week: “Tua is efficient when all parts around him are functioning. Herbert can do more if they are not.”

Translation: Tagovailoa is good enough, if everything around him is perfect enough. That’s where you are if you’re the Dolphins.

Take the protection that’s been good all year. Tagovailoa is not big and strong in the manner of 6-foot-5, 230-pound Herbert, who threw a career-high 39 completions Sunday despite all those hits, or the next quarterback, Buffalo’s 6-4, 240-pound Josh Allen.

In the six games he has been hit four times or more, he has an 85.9 rating with six touchdowns and three interceptions.

Build a wall? That’s a good part of the biosphere. The Dolphin protection has been notable this year, too, as Tagovailoa’s 17 sacks rank him 29th among quarterbacks. Herbert, by comparison, ranks ninth with 30 sacks and Allen is 12th with 28 sacks.

Some will wait until the off-season. The tight end isn’t functioning in this offense, as Mike Gesicki’s oddly invisible role keeps showing. That would help any quarterback. What other parts need controlling? There’s the Dolphins playing with the lead.

Tagovailoa led a dramatic comeback against Baltimore with 28 fourth-quarter points. But relying on the Dolphins to pass has its dangers as these latest losses to San Francisco and Los Angeles showed.

The Dolphins didn’t run the ball much — 27 times total in the two games — when playing from behind. By relying on the passing game, they played the one-dimensional game opposing rushers love. The 49ers’ Nick Bosa had three sacks and a forced fumble against Tagovailoa. The Chargers did just enough to make him uncomfortable.

“We knew they were throwing most every down,” Fox said. “That’s a big advantage out there, figuring they’re going to pass.”

Finally, a good quarterback biosphere needs controlled weather. Good luck with that the AFC East’s December. The Dolphins haven’t played in bad weather yet this year — unless you could last Sunday’s game where they had heaters behind the bench in the mid-50-degree weather.

It’ll be far colder in Buffalo (10-3) on Saturday and New England on Jan. 1. There won’t be a roof over those stadiums, too, as there were in Los Angeles and Detroit this season. So, it’ll be tough to create a biosphere in half the remaining games. Saturday’s forecast in Buffalo calls for a low of 26, a 58 percent chance of snow or rain and winds of 18 mph.

Tagovailoa hasn’t played well in four cold-weather games with the Dolphins. The most recent was a 34-3 loss on a cold and rainy game in Tennessee last January where he had a dismal 53 quarterback rating. Maybe those games don’t matter much because his entire offense has changed for the better.

Tagovailoa gets to write his script. Buffalo, New England and the New York Jets rank among the top six of NFL defenses. Building that biosphere for him, alone and comfortable in the pocket, won’t be easy. But that might be needed if he plays and the Dolphins win like in November.