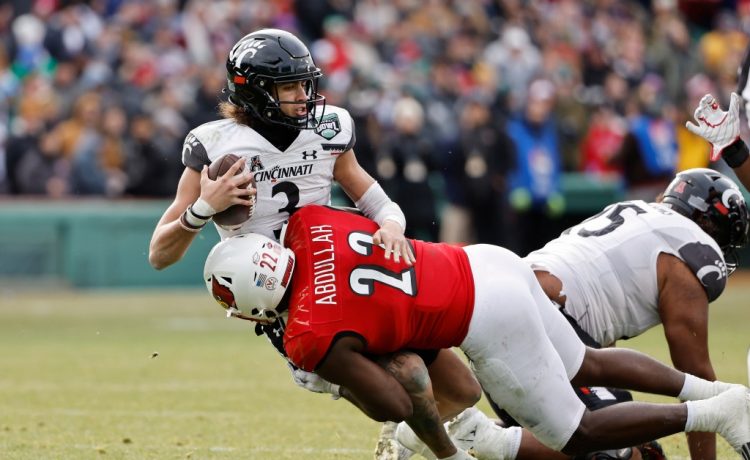 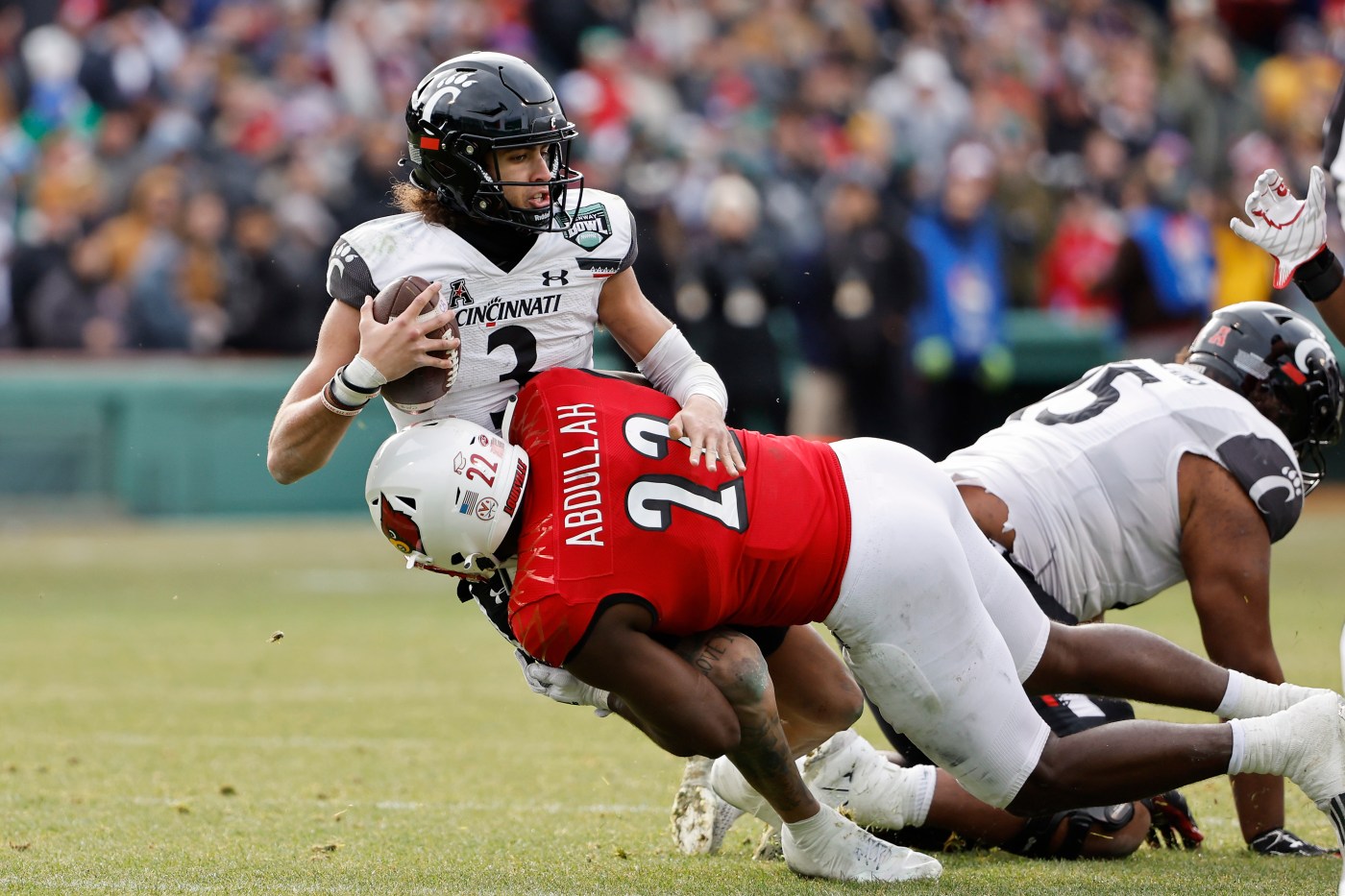 Louisville interim head coach Deion Branch was on the receiving end a Gatorade bucket shower with 35 seconds remaining in the inaugural Wasabi Fenway Bowl on Saturday at Fenway Park.

The former Patriots wide receiver and Super Bowl MVP was summoned from his administrative duties at the university’s athletic department to oversee the Cardinals 24-7 victory over Cincinnati in the 54th rendition of the Keg of Nails rivalry.

Branch served as the program’s bridge from departed coach Scott Satterfield and the incoming Jeff Brohm. Branch retired from FBS coaching with a record of 1-0.

Louisville (8-5) picked up its 12th victory in 25 bowl appearances and its 23rd win over Cincinnati in this regional lunch pail battle. Cincinnati (9-4) played its final game as a member of the American Athletic Association and will compete in the Big 12 next season.

The Cardinals’ ground game decimated the Bearcats’ front seven for 287 yards and a pair of explosive touchdown runs. Featured back Jawhar Jordan gained 115 yards on nine carries with two touchdowns and was named offensive MVP, for which he received a silver baseball bat.

Maurice Turner was the workhouse with 31 carries for 160 yards, with a long of 49. Jordan and Turner began the season fourth and fifth, respectively, on the Cardinals’ depth chart.

“I always told these guys the cream will always rise to the top at some point if you continue working hard,” said Branch. “You can see these things happening because these young guys work so hard.”

Louisville’s defense dominated the line of scrimmage and held the Bearcats to 138 yards of total offense and 11 first downs. The Cardinals’ defense recorded 62 tackles, 10 tackles for a loss and sacked beleaguered quarterback Evan Prater seven times. Linebackers Monty Montgomery and Yasir Abdullah were in on 14 tackles and 2.5 sacks.

“I felt like they haven’t played nobody like us before,” said Abdullah. “This defense is vicious, start fast and hit hard.”

Louisville’s defense set up the Wasabi Bowl’s first touchdown. Prater was stripped sacked by Montgomery and the ball was recovered by Ashton Gillotte on the Bearcat 49. On the ensuing play, Jordan broke off right tackle and went 49 yards down the sideline to make it 6-0 with 21 seconds to play in the first.

Cincinnati tied the game on a broken play. Prater was going down for the fourth time when he made a desperation toss to split end Wyatt Fischer in the flat. Fischer reversed field and went 20 yards untouched with his first catch of the season.

“They were bringing those guys and they had a great game plan for us,” said Prater. “They were doing what they do best and on that play I was trying to be a playmaker and make a play.”

Louisville went up 14-7 on the only sustained scoring drive of the half. The Cardinals went 66-yards on nine plays and scored on an 8-yard pass from quarterback Brock Domann to tight end Marshon Ford with 5:52 remaining. Domann made the start in place of club legend Malik Cunningham, who left the team to pursue an NFL career.

Jordan’s second explosive scoring run of the half put the Cardinals up 21-7 with 42 seconds on the board. Jordan broke free off right tackle and dashed 41 yards through a gauntlet of defensive backs all the way to the visitor’s bullpen.

Louisville went up 24-7 when place kicker James Turner completed a 14-play drive with a 48-yard field goal with 3:49 to play in the third quarter. The Cardinals had three potential scoring drives in the fourth quarter derailed by two interceptions and a lost fumble.