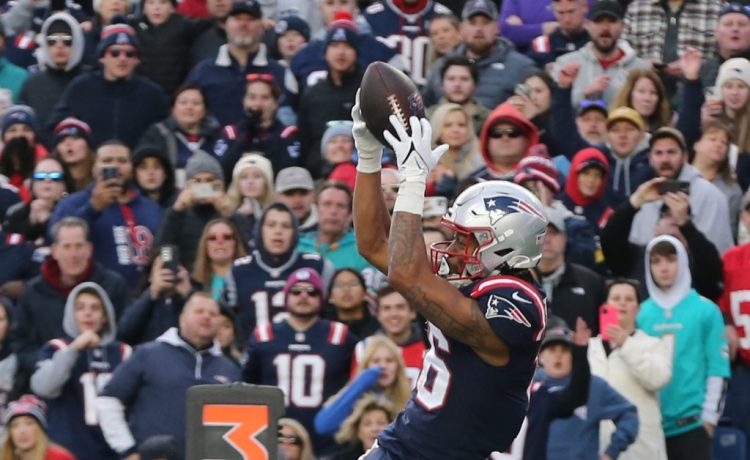 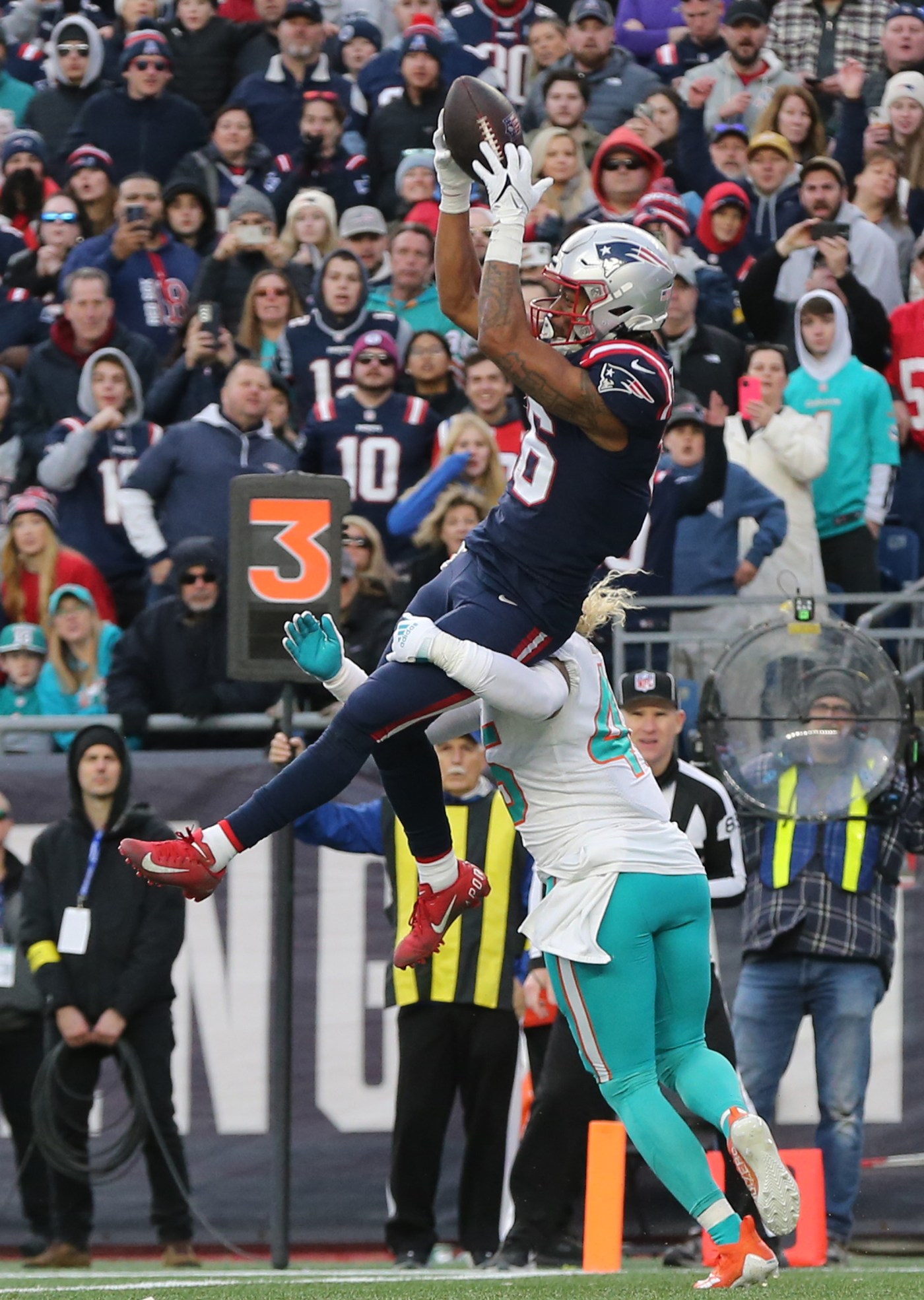 The Patriots have 19 players set to become free agents. As it stands, wide receiver Jakobi Meyers, cornerback Jonathan Jones, and running back Damien Harris are among the most notable players on the list.

Long-time veterans Devin McCourty and Matthew Slater are also in the group, and would be the headliners of the pending free agents, but there’s a very good chance both of them retire. If either of the longtime captains decide to play another year, it’s hard to fathom it not being with the Patriots, given they’ve both spent their entire careers here.

During his end-of-season session with the media, Bill Belichick outlined the importance of re-signing in-house free agents and how they factor into the overall success or failure of any free agent class.

That said, here’s a breakdown of the current crop of Patriots set to hit free agency when the new league year begins March 15.

Skinny: Do the Patriots believe they got what they paid for after signing Agholor to a two-year, $22 million contract? Doubt it. Hard to see him returning.

Skinny: According to Pro Football Focus, his 69% catch rate is best among receivers over the past three seasons. Meyers has voiced the desire to remain in New England, and it behooves the Patriots to re-sign Mac Jones’ go-to-guy. Given a free agent class that lacks star power at the position, however, Meyers could earn a significant payday on the open market.

Skinny: The Patriots haven’t made a habit of extending their lead backs beyond their rookie contract. They just reload through the draft. Harris has indicated wanting to stay. But with Pierre Strong and Kevin Harris waiting in the wings, and Rhamondre Stevenson having a breakout year, the Pats might want to move on.

2022 stats: Appeared in nine games, starting seven, before landing on IR in December. Graded 73rd worst out of 81 tackles by PFF.

Skinny: The move from left tackle to right tackle proved a disaster for Wynn, the team’s 2018 first-round pick. Between sacks allowed and penalties, Wynn was benched before ending the season on IR. No surprise if he’s headed out of town.

Skinny: Cajuste served as the backup swing tackle in 2022. He’s been injury-prone throughout his career but with little depth at tackle, is a candidate to re-sign.

Skinny: Former Patriots 2017 draft pick who returned late in the year after being signed off the Jets practice squad. He wound up starting at right tackle the final three games.

Skinny: The longtime Patriot was traded to the Texans last season. He was then released in 2022, and eventually re-signed by the Pats. Made two starts. Place on injured reserve in November with a head injury and did not return.

Skinny: Has always been a reliable backup and depth piece playing multiple positions on the line. Filled in at center when David Andrews missed time. Usually holds down a spot on the practice squad.

Skinny: After 13 seasons with the Patriots, McCourty is pondering retirement. If he plays another season, it would likely be with the Patriots, but chances are, he’s going to call it quits. The three-time Super Bowl champ would leave a leadership void, and as the quarterback in the secondary, a significant hole there, too.

Skinny: Was moved from his primary role as slot corner to outside corner, and handled himself quite well. Bill Belichick loves his versatility. Whether he pays him (see J.C. Jackson, Stephon Gilmore) is another story. He’s considered one of the top five free agent corners.

Skinny: He brings toughness and an edge to the defensive backfield. He wound up being a good free agent addition, and it wouldn’t be surprising to see the Patriots extend him.

Skinny: After his first season was wiped out due to injury (torn ACL), McMillan played this season, and contributed in spurts. Worked well in tandem with Ja’Whaun Bentley.

Skinny: He arrived from Cleveland in a trade for Chase Winovich and was seen as a player who would add much-needed speed to the linebacking corps. Toward the end of the season, he was pretty much relegated to just special teams.

Skinny: Has been a good depth piece up front the past three seasons. Wouldn’t be a surprise to see him return.

Skinny: The 2019 second-round pick was on the bubble to make the team in 2022, but wound up not playing a snap after injuring a shoulder during the preseason. Has largely been a disappointment.

Skinny: They’ll likely place a high enough tender on him to keep him around. Bryant’s versatility in the defensive backfield, and ability to be a returner make him valuable on a Belichick-coached team.

Skinny: One of the best special teams players of all-time. Should Slater retire, he is Pro Football Hall of Fame-worthy. Spiritual leader and an invaluable presence on and off the field.

Skinny: Will the Patriots move on from their long-time long snapper? Maybe, but it’s hard to see them parting with their Naval Reserve lieutenant.