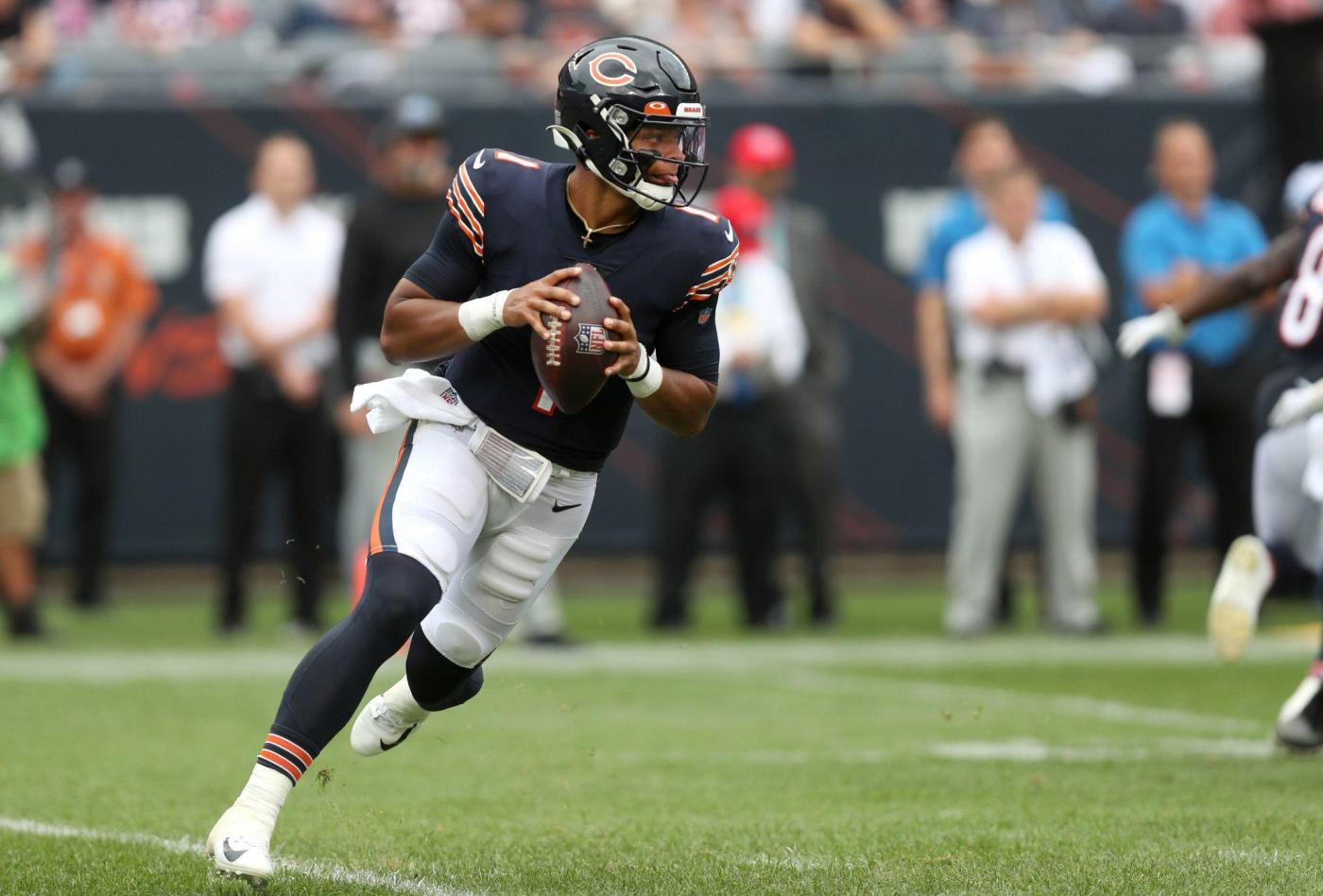 The 2-4 Chicago Bears are playing the 3-3 New England Patriots at Gillette Stadium in a Week 7 matchup on “Monday Night Football.” Here’s what you need to know.

Bears center Lucas Patrick was carted to the locker room in the first quarter.

Patrick went into the medical tent after the Bears’ second drive and came out limping a few minutes later. He left the field on a cart, and the Bears announced he was doubtful to return with a toe injury.

The Bears shook up their offensive line to open the game, moving Patrick from left guard to center. Veteran Michael Schofield started at left guard, and Sam Mustipher, who had been starting at center, went to the bench.

With Patrick out, Mustipher played center on the Bears’ third drive.