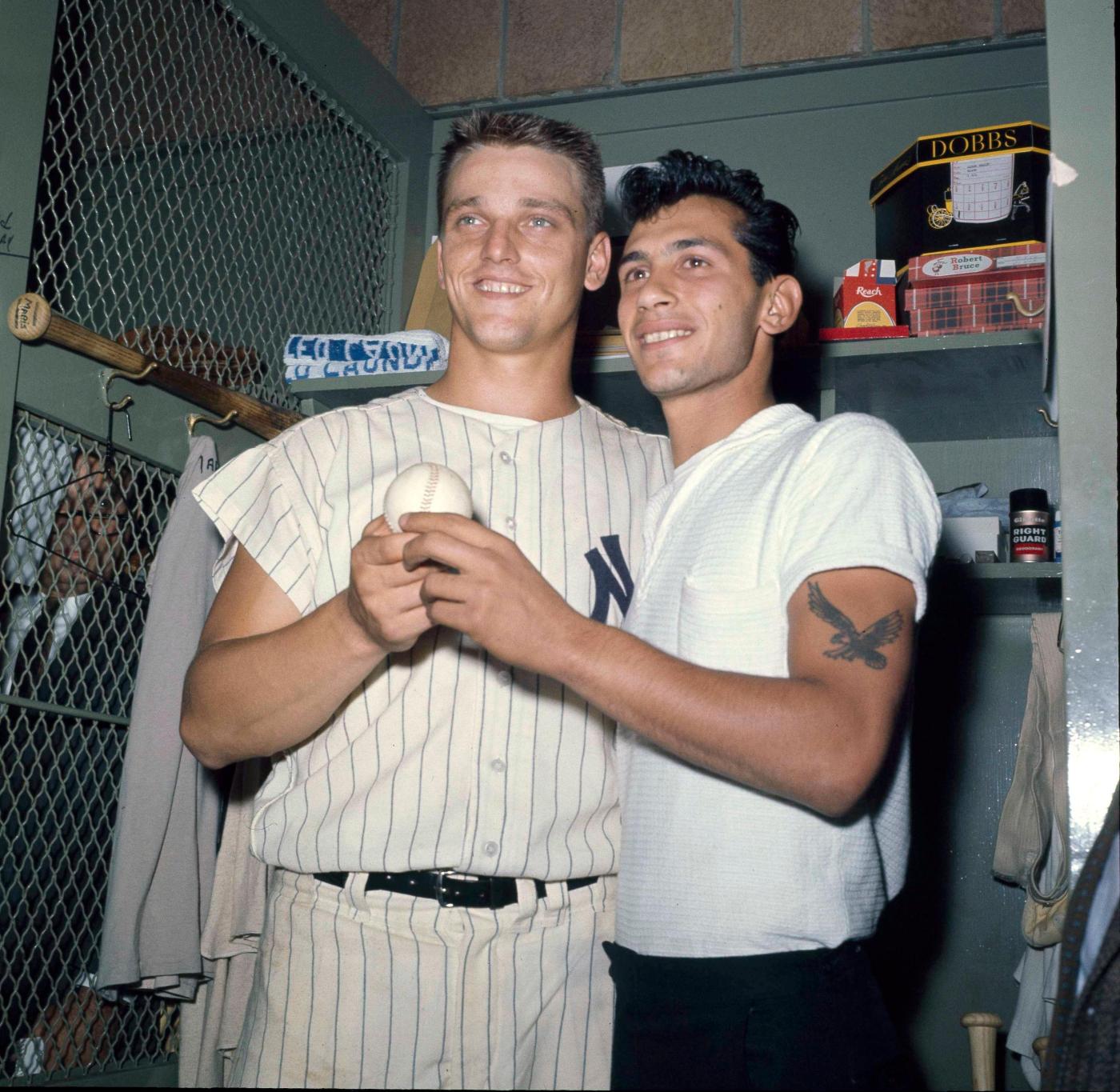 A big piece of baseball history landed in the glove of a Texas Rangers fan on Tuesday night, and now he has to decide what to do with it.

Aaron Judge’s historic 62nd home run, which broke the American League and Yankees single-season records, sailed into the first row of the left field stands at Globe Life Field in the first inning of Tuesday night’s game between the Yankees and Rangers.

A man in a gray T-shirt and wearing a baseball glove on his right hand caught the ball on a fly and raised his glove in the air triumphantly as the stadium exploded in celebration of Judge’s feat.

The fan was identified as Corey Youmans of Dallas by WFAA sports anchor Joe Trahan, who caught up with Youmans as he gleefully walked around the inside of the stadium while being cheered by other spectators.

“What are you gonna do with the ball, Corey?” Trahan asked in a video posted to Twitter.

“That’s a good question,” Youmans said. “I haven’t thought about it.”

Trahan then asked Youmans if he was “gonna keep it or you gonna give it back to Aaron?”

Before Youmans could answer he was swarmed by a group of cheering fans, including one in a Yankee cap who high-fived him.

Judge broke the record set by Roger Maris in 1961. On Oct. 1 that year, Maris hit his 61st into the right field stands at old Yankee Stadium, where it was caught by fan Sal Durante, who met Maris after the game and offered to give the ball back to the slugger.

But Maris told Durante to keep the ball and put it up for auction. A few days later, Durante was paid $5,000 for the ball by a California restaurant owner named Sam Gordon.

It is unclear what the value of Judge’s 62nd home run ball is, but it should be significant, which explains the frenzied attempt by at least one fan in Texas to retrieve it.

About 15 feet to the right of where Judge’s home run ball ended up, a fan jumped over the railing and into the area between the outfield wall and the stands in apparent anticipation of the ball landing there. It didn’t, so the unlucky fan’s fall of what looked to be about 10 feet was all for naught.

Instead, all it took to get the ball was a glove and a whole lot of luck.