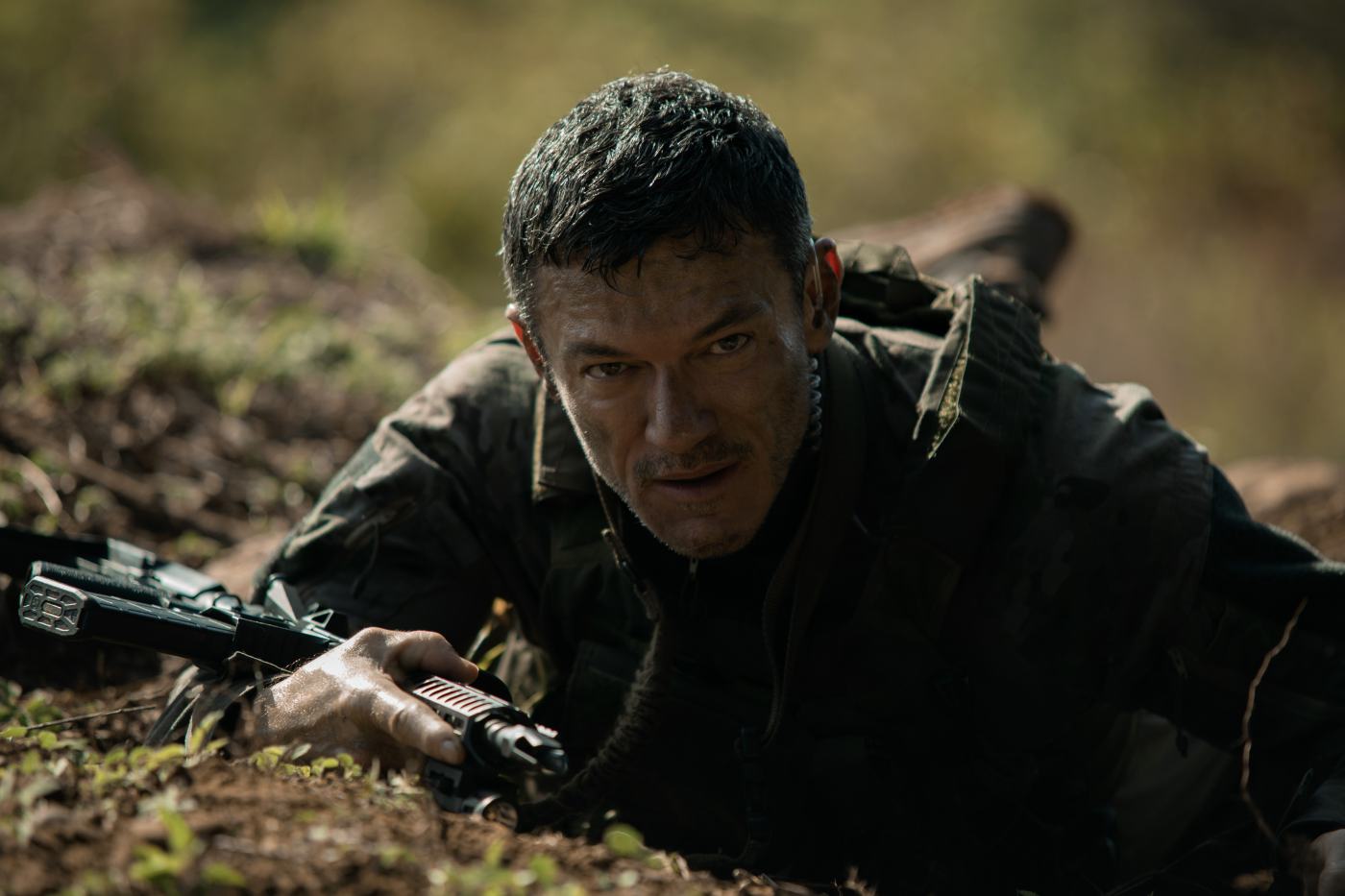 As an Afghanistan veteran, a highly skilled “killing machine,” the Welsh actor Luke Evans is incongruously named Bambi in his AppleTV+ series “Echo 3.”

Scripted and directed by two-time Oscar winner Mark Boal (“The Hurt Locker,” “Zero Dark Thirty”), “Echo” is an intense, twisty thriller set amid the jungles of the Venezuelan-Colombia border.

Bambi’s sister Amber (Jessica Ann Collins), a scientist, is married to Prince (Michel Huisman), his combat partner. When she’s kidnapped, they must find and rescue her.

“I’m always trying to do something different. I don’t want to do things twice and look for these interesting roles, interesting backdrops, interesting storylines,” Evans, 43, said in a phone interview.

His eclectic credits range from the arrogant Gaston in Disney’s live-action musical version of “Beauty and the Beast,” “Nine Perfect Strangers” opposite  Nicole Kidman and Melissa McCarthy and last year’s British miniseries “The Pembrokeshire Murders” as a detective hunting a Welsh serial killer.

For “Echo 3,” Boal called. “He just talked me through the story and the character and I was gripped immediately. The plot was so complex — and who doesn’t love the idea of adventure. And this was one very big adventure, which was extraordinarily taxing, mentally, physically. You know, a ‘fun’ shoot, but I love it.”

Often a physical presence in various roles, “I was quite fit when I signed up, but there was a lot more training that wasn’t just in the gym,” he revealed.

“It was about technical training, the methodical way that a soldier works and speaks. A whole different life. And with the weapons training, you’re spending days in basically the classroom, because we were with the Navy SEAL who was talking us through every single step of the way.

“That’s the part of the job I love — you get to learn new things and this time we learned something very specific.”

They began in Bogota, Colombia. “We worked in the mountains and into the slums of Bogota. Then move down to the jungles where we lived, surrounded by incredible fauna and flora and fauna storms. I couldn’t believe how this was just an extreme place to shoot.

“Every single location was difficult. We didn’t shoot any fake sets, everything was real.”

“Echo 3” has size with action, helicopters and the dense jungle.  It also had security.

“You have security when you’re in a country like Colombia with a big production unit. We had like 100 military soldiers that were protecting the area and making sure that their presence is on site. I think that was a good sign, that everybody was going to behave themselves.”