Todays Though > News > Magic benefit from sticking with their process, not getting too comfortable – Boston Herald
News

Magic benefit from sticking with their process, not getting too comfortable – Boston Herald 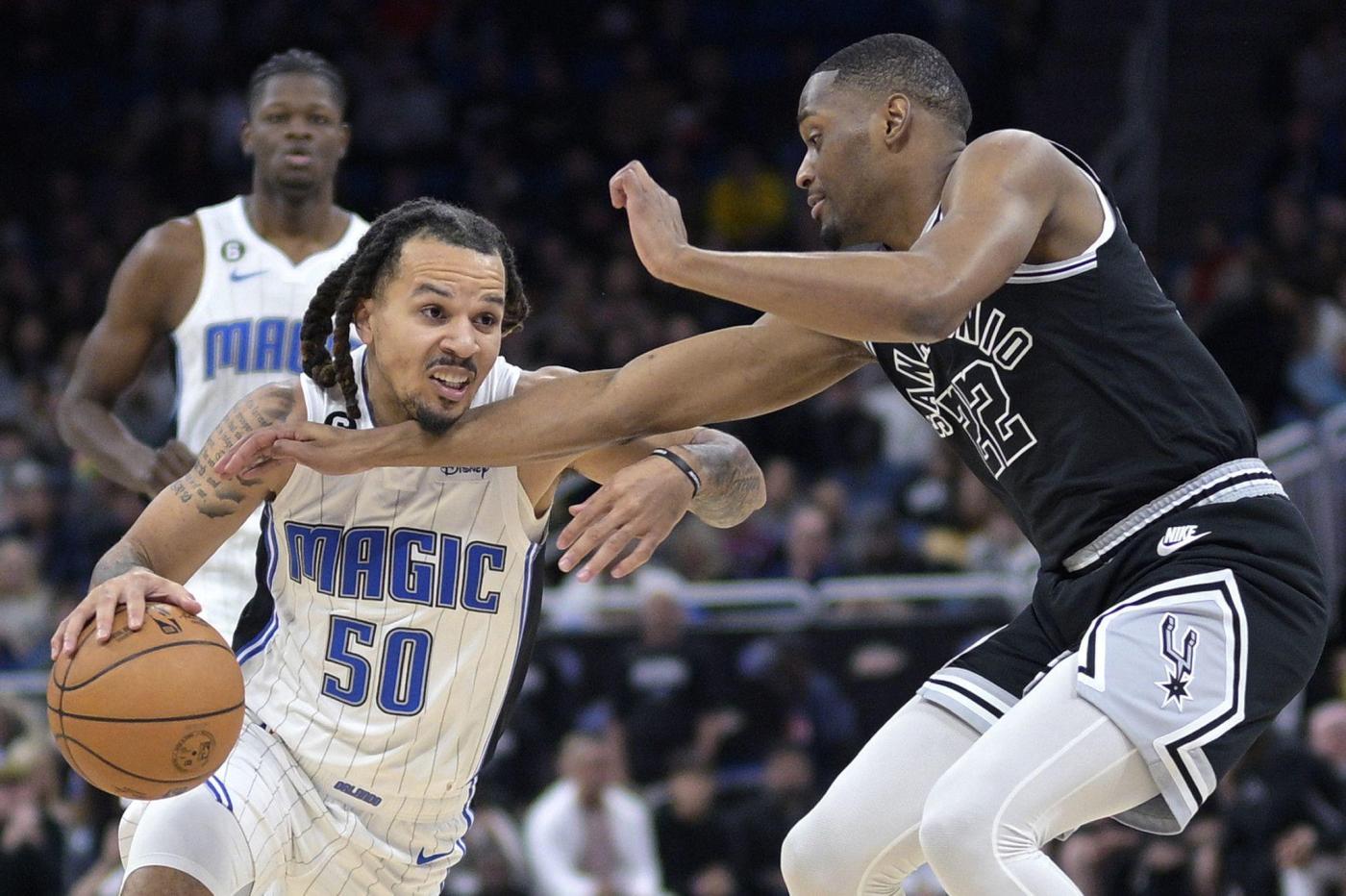 For Orlando Magic coach Jamahl Mosley, there wasn’t a specific moment he felt like the team flipped the switch on the season.

Unlike Friday’s 133-113 home win over the San Antonio Spurs, where one could point to Magic’s 19-3 run early in the fourth as what sealed the victory, there wasn’t a sequence where Mosley thought Orlando started to turn things around.

It’s been the cumulative lessons over the last two years that have allowed the Magic to win eight of their last nine games, their best nine-game stretch since their nine-game winning streak from Dec. 23, 2010, to Jan. 8, 2011.

Being healthier has also helped, with Cole Anthony and Markelle Fultz returning on Nov. 30, and Wendell Carter Jr. and Gary Harris coming back from injuries in Friday’s win.

“We’ve been saying it from the beginning: understanding we’re close [and] getting over the hump,” Mosley said following Friday’s win. “You just have to stick with that process — the growth, understanding those close games and what those mean later on in the season. It’s just the belief system these young men are starting to grow into.”

The belief is palpable, in big moments and smaller ones.

It’s why they have the league’s second-best net rating (plus-35.3) in the clutch — when the scoring margin is within 5 points with five or fewer minutes remaining in a game — since Dec. 5 and won multiple close games they may have lost earlier in the season.

There’s also a great understanding from the players of what the coaches are asking them to execute with the game plan, demonstrated by being top-seven in both offensive and defensive rating over the last 2½ weeks.

The Magic have gotten better with playing zone defense after struggling earlier in the season and have better ball movement led by their guards.

“I feel like we did a really good job on the defensive end,” Carter said. “For me sitting on the sidelines throughout this stretch, we did a really good of locking in on the details; making in-game adjustments when need be. Offensively, we’re sharing the ball like no other. Everybody’s in double digits. That’s one of the recipes for a great team.”

The Magic (13-21) got a few days off from games before playing the Los Angeles Lakers Tuesday at Amway Center.

After a tougher run against playoff contenders, Orlando is in the midst of a stretch against other teams with losing records.

The Magic will play the East-worst Pistons (8-27) Wednesday in Detroit before matching up against the Washington Wizards (13-21) Friday at Amway Center.

They have a home matchup vs. the Oklahoma City Thunder (14-19) on Jan. 4 before playing the Memphis Grizzlies — the lone team with a winning record during the stretch — at Amway Center the following day.

This will give even more clarity about how much the Magic have grown.

“As a young team, sometimes we can get caught up in, ‘Oh, we won a certain amount of games. Let’s get comfortable,’” Carter said. “I feel like the biggest thing for us is to continue to do what got us here; not to change the formula or too many things. Just do what got us to this point.”