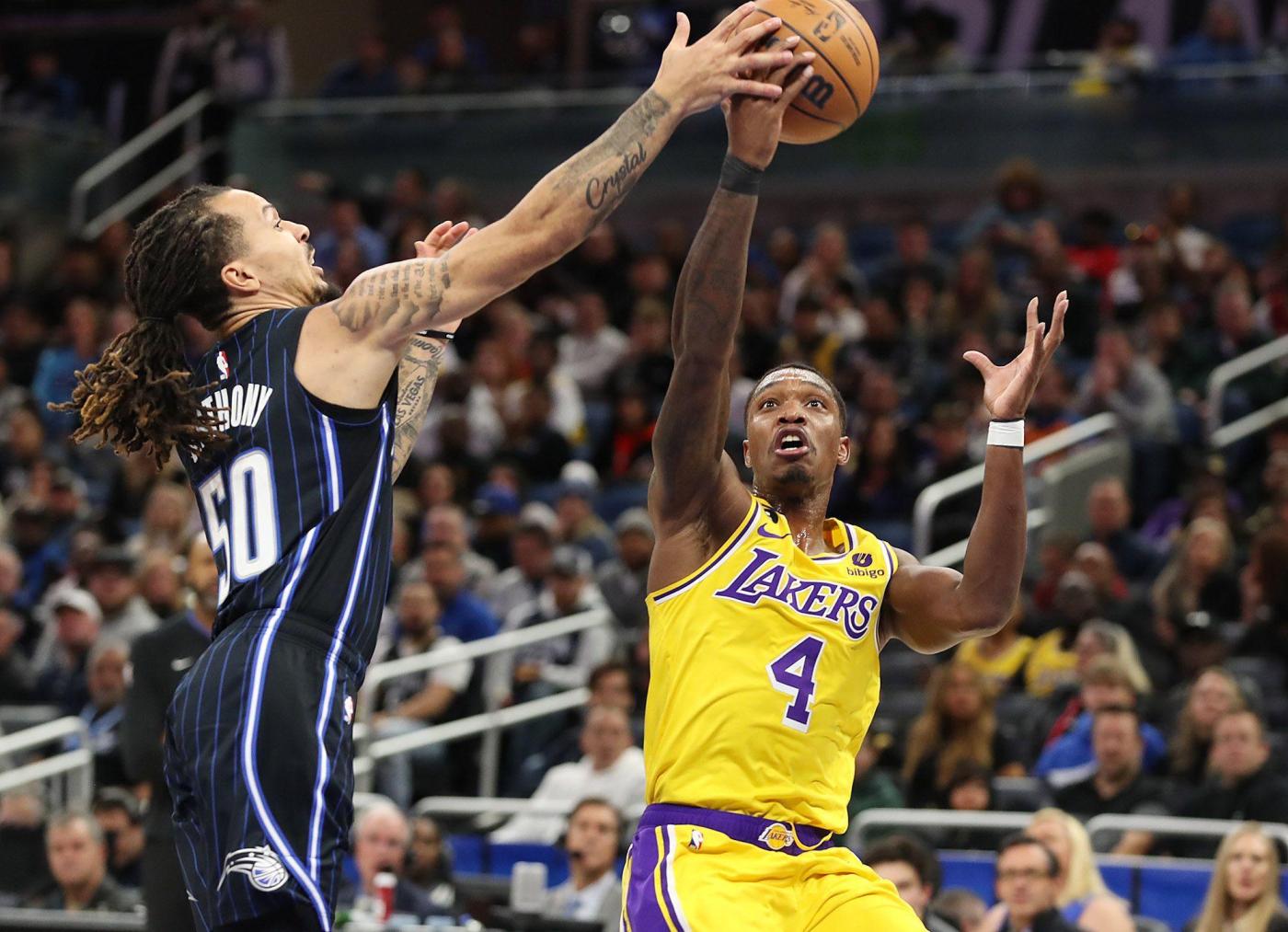 Win streaks have come few and far between for the Magic in recent years.

But heading into Tuesday night’s home matchup with the Los Angeles Lakers, Orlando found itself in the midst of one of its most impressive stretches in the last decade.

The Magic had won eight of their last nine games, with six of those wins coming against opponents currently in playoff or play-in position as the roster’s younger players continued to show improvement.

Following plenty of tough competition, the situation appeared encouraging as the Magic faced off against the struggling Lakers.

Orlando found itself trailing in the first quarter after a slow start offensively and was unable to recover. The Magic put together a couple of runs as it settled in, but Los Angeles maintained a strong lead for much of the game as shots continued to fall.

The Magic (13-22) had no answers for star forward LeBron James, who finished with 28 points on 50 percent shooting along with 7 rebounds and 5 assists. James repeatedly stepped up to take control of the game in key moments.

Orlando did see a strong performance from guard Markelle Fultz, who put up 16 points with 3 rebounds and 3 assists to lead the team in scoring, but it wasn’t enough.

After putting up plenty of points in recent games, the Magic missed seven of their first nine shots and turned the ball over three times in the opening minutes, giving the Lakers a chance to build a 6-point lead by the end of the first quarter.

Los Angeles led by as much as 16 before Orlando was able to get going on offense late in the half. The Magic put together a 9-0 run as shots finally began to fall, in part thanks to several impressive moves to the basket by Fultz.

The Magic managed to cut the deficit to 10 by halftime.

Coming out of the half, Orlando looked much more comfortable on offense and was able to briefly make things competitive. A couple of nice shots by forward Bol Bol spurred what turned into a 9-1 run for the Magic, cutting the Laker’s lead to 5 midway through the third quarter.

But following six straight points by James, the Lakers retook a double-digit lead and never looked back. As the second half devolved into a shootout, Orlando was unable to do enough to break through.

The Magic will look to bounce back on Wednesday at Detroit for a 7 p.m. tipoff.