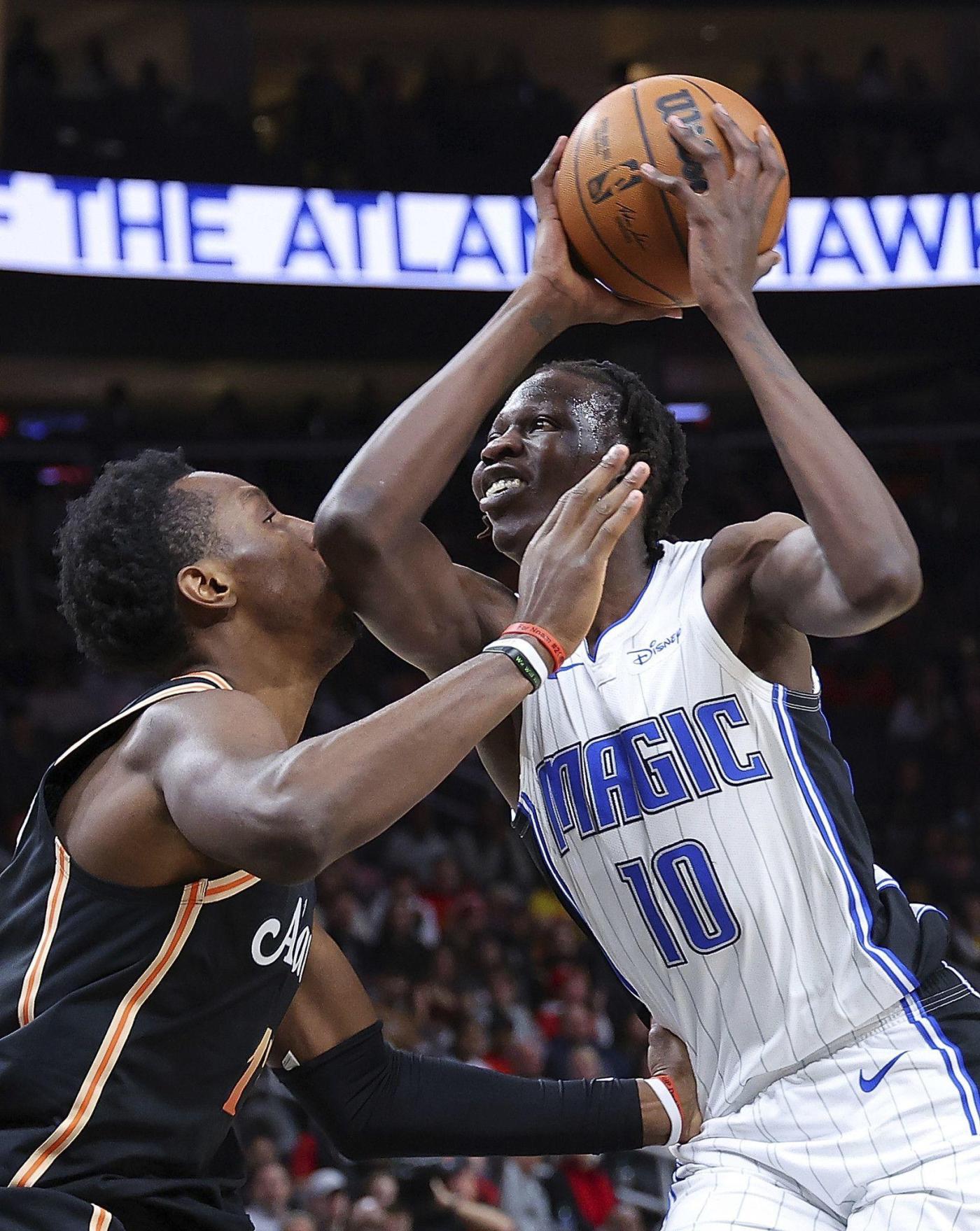 The Orlando Magic have benefited from something that’s been rare for them in recent years: continuity in their starting lineup.

The continuity has extended outside of the starting unit. The Magic have consistently used the same bench unit of Admiral Schofield, Kevon Harris, Terrence Ross, Anthony and Bamba the last several games, with Orlando entering Monday on a season-best six-game win streak.

“It’s very valuable,” coach Jamahl Mosley said pregame. “We talk about continuity. The guy being able to play together, read and react off each other, not just offensively but defensively being able to communicate whether we’re in coverages and changing schemes but they can communicate well with one another.”

Unfortunately for the Magic, the Hawks challenged them in the areas they’ve shown the most improvements over the last couple of weeks.

The Hawks welcomed back John Collins (12 points, 7 rebounds, 3 assists) and Dejounte Murray (17 points, 5 rebounds and 3 assists) into the lineup after both missed multiple games because of sprained left ankles.

Then, the Magic turned up their defensive intensity.

They got six consecutive defensive stops over the next three minutes, helping them go on an 11-0 run to cut the Hawks’ lead to 124-123 with 28.8 seconds remaining.

Kevon Harris forced Young to miss a driving floater with 9.9 seconds remaining and Fultz called a timeout after grabbing the defensive board.

Following the timeout, Fultz drove from the backcourt all the way to the rim to convert a go-ahead reverse layup to give the Magic a 125-124 with 3.8 seconds remaining.

Banchero fouled Murray on his jumper with 1.3 seconds remaining, with Murray knocking down both free throws to give the Hawks a 126-125 lead.

After the Magic’s timeout, Banchero didn’t get his 3-point attempt off in time, giving the Hawks (16-15) the victory and ending Orlando’s win streak.

Monday was the fourth and final time the Magic and Hawks will match up this season, with three of those games coming in the last three weeks.

Mosley said the Magic benefit from these situations because it allows for more detailed game-play adjustments.

“Our guys really enjoy that,” Mosley added. “It’s a great thing to be able to do because now you get used to the other team and you make those small-game adjustments and play the game within the game.”

The Magic (11-21) will conclude their road trip with a matchup against the Rockets Wednesday in Houston.