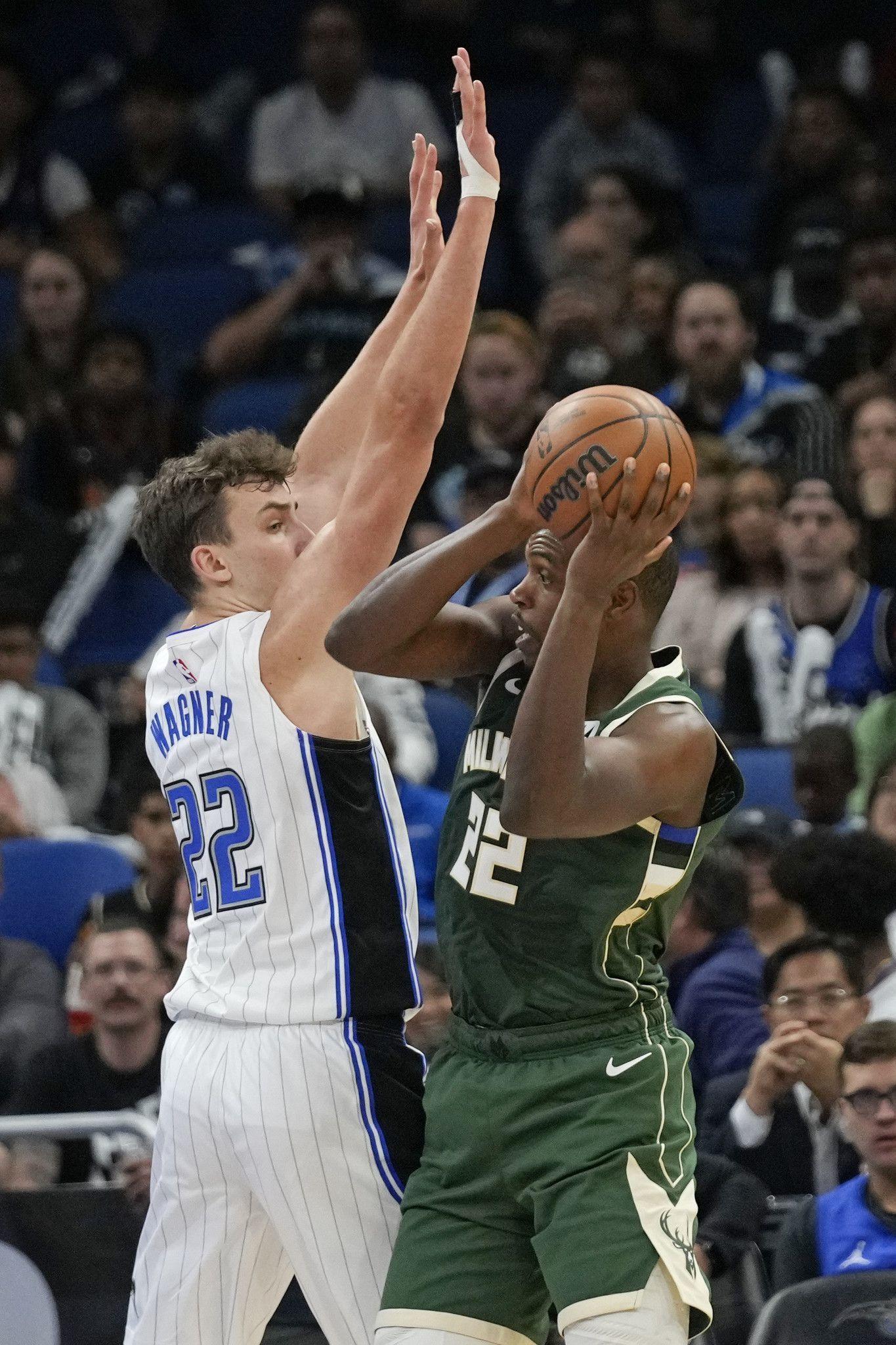 The Orlando Magic’s defense — which had posted the league’s worst defensive rating (121) entering Monday — was the central focus pregame ahead of their homestand-opening 109-102 loss to the Milwaukee Bucks.

While they performed better on that end of the floor, holding the Bucks to what coach Jamahl Mosley said is a range that typically qualifies for a good defensive game, the Magic also gained a better understanding of what high-level defense looks like and why Milwaukee’s is the best rated.

Drives were met with resistance. Passing lanes were crowded with active hands, forcing 14 Orlando turnovers. The Bucks got back in transition.

The main area the Magic took advantage of was offensive rebounding, grabbing 15.

But in the end, the Magic (5-20) not knocking down 3s (8 of 32), even open ones, ultimately undid them for their ninth consecutive loss.

After trailing by 19 late in the third, the Magic started to get the stops they needed to make a comeback. They cut the lead to 10 early in the fourth, then 7 in the middle of the quarter.

But they missed the shots they needed to put them over the hump, including back-to-back Caleb Houstan and Terrence Ross misses while the Magic were down 102-97 with less than two minutes remaining.

Franz Wagner scored a team-high 25 points while Markelle Fultz added a season-high 20 points, Paolo Banchero had 20 points (4 of 16), 12 rebounds and 7 assists and Moe Wagner recorded 19 points, 12 rebounds and 4 assists before fouling out.

In Mosley’s eyes, a good defensive game is allowing somewhere in the range of 107-108 points.

The Magic allowed 114 or more points in five of their losses during the losing streak.

“If you’re giving up the 120s and 115s, that’s where it becomes tough,” Mosley said. “So we can talk about it cleanly — that’s 2 or 3 [fewer] turnovers. That’s one more rebound. That’s knocking down one more shot, taking away one more 3. You talk about the small gains and things you can do to help your defense get better; those are the pieces.”

Mosley added that focusing on those details on how to turn things around is how he and the coaching staff have managed to keep up the morale.

“It goes back to those small things of helping them understand, when we talk about close, you have to give the definition of what close means,” Mosley said. “It’s the one little thing that helps you understand that every team in the league is going through it like this — whether that’s two losses in a row, three losses in a row or five wins in a row. Every team is having what they’re going through, it’s how you do you continue to talk to the guys about being close and the little things that get you over the hump.”