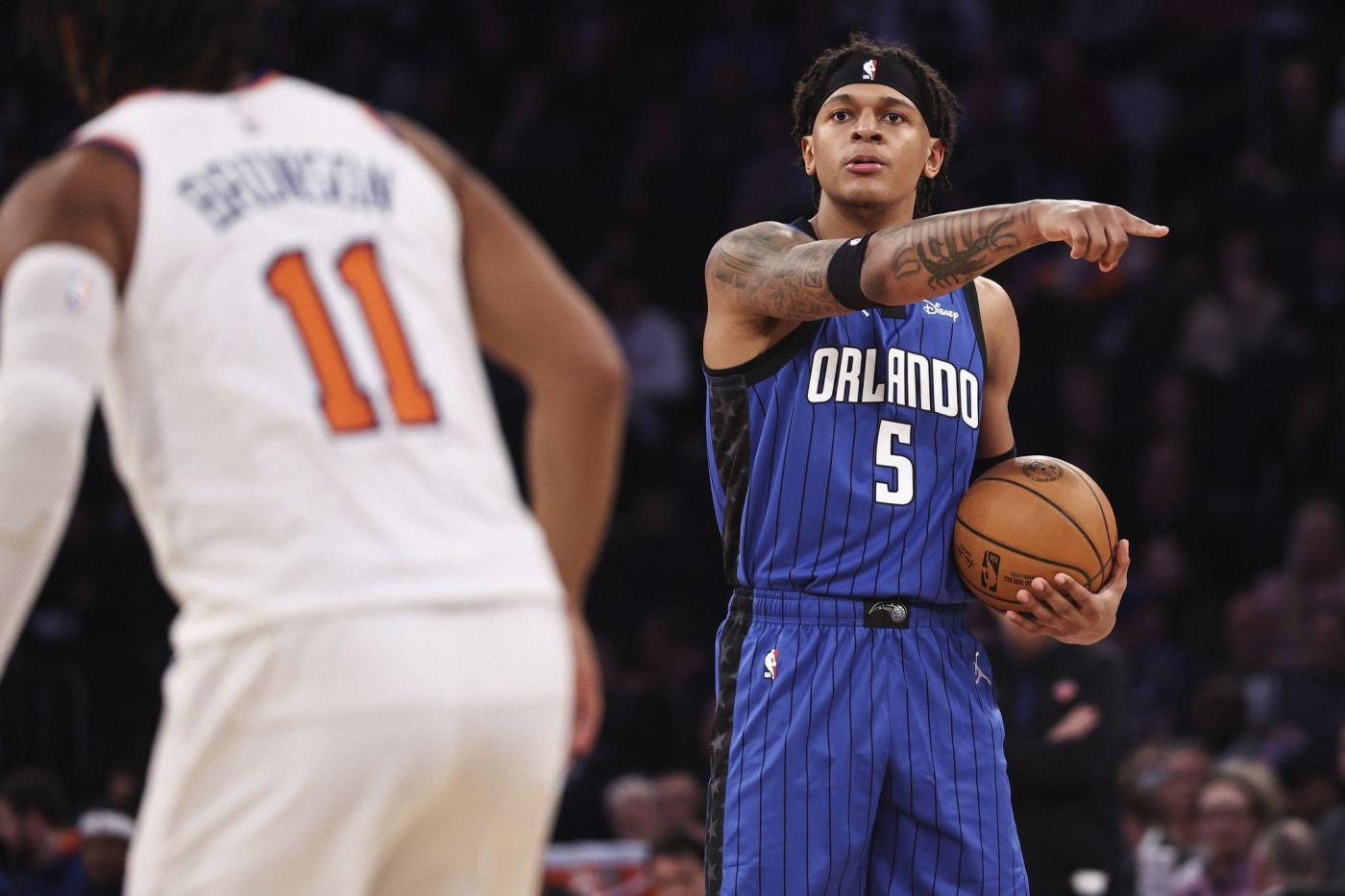 Like most NBA teams, the Orlando Magic want to give themselves more scoring opportunities.

Their solution, outside of cutting down the turnovers? Crash the offensive glass with greater frequency and create more second-chance points.

The results? Positive, albeit in a small sample of three games ahead of their 115-102 road loss to the Knicks in New York.

But Monday, it was the Knicks (2-1) who were the better team on the offensive glass, finishing with 18 offensive rebounds for 27 second-chance points.

The Magic (0-4) had a season-high 13 offensive rebounds for 24 second-chance points but the Knicks used their advantage on the glass to keep themselves in the game early when their shots weren’t falling and the Magic’s were by getting easy putbacks or to the free throw line.

Once the Magic’s early hot shooting cooled off, the Knicks took over. The Magic, like they did the previous three games, battled and took a 2-point lead (73-71) in the middle of the third, but the Knicks’ second unit helped retake control of the game, with New York leading by many as 14 early in the fourth, an advantage it held into for the win.

Bol Bol scored a career-high 19 points (8-of-10) to go with 5 rebounds and 4 blocks in 20 minutes off the bench. Wendell Carter Jr. added 17 points and 11 rebounds for his third double-double.

Ahead of Monday, the Magic put in more effort to grab more offensive rebounds (26% offensive rebounding percentage for No. 17), helping them score more second-chance points (16.7 for No. 1 this season compared to 12.4 for No. 21 last year).

Again, a small sample, but the process has been there.

“A lot of teams throughout the league are doing that — trying to create extra possessions,” coach Jamahl Mosley said ahead of Monday’s game. “It puts pressure on the defense. Not necessarily letting them get runouts. Because of our length and size, we have the advantage there at certain times throughout the game.”

The challenge most teams face, and the one the Magic have been facing, is finding the balance of crashing the offensive glass and getting back on defense in transition.

It’s a balance they’re working through, with opponents scoring 20.7 fastbreak points per game against the Magic entering Monday.

“The interesting part is sometimes when you crash the offensive boards, the [fewer] transition baskets they get,” Mosley said. “A lot of times, teams don’t want to leak out because they’re worried about getting the rebound.”