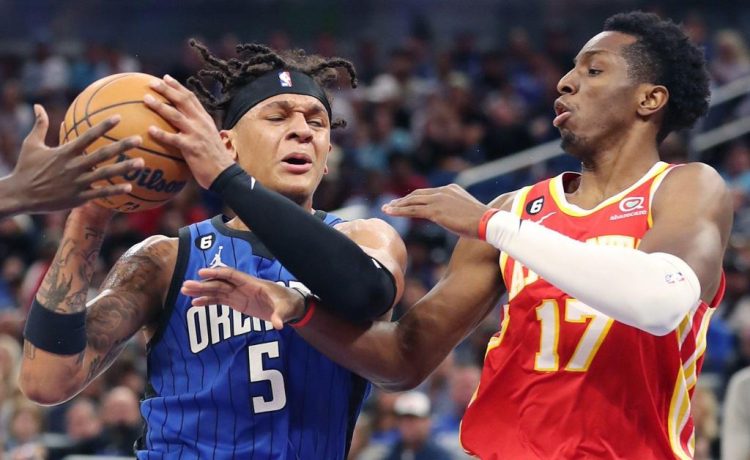 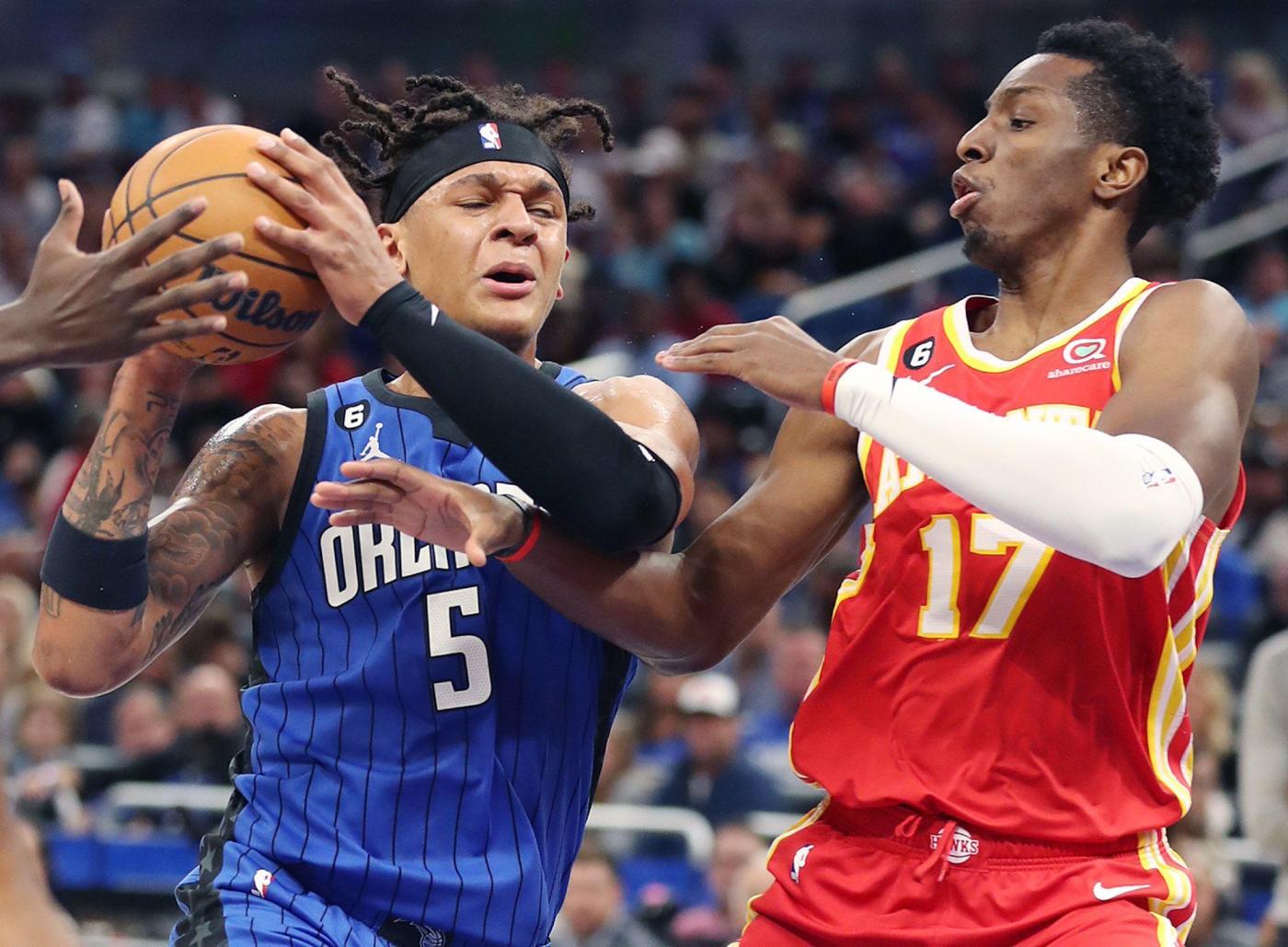 The Orlando Magic keep the message simple when it comes to offensive decision-making when open.

“The one thing I want to keep telling these guys and that they need to keep understanding [is that] when they’re open, they need to step in and shoot the basketball,” coach Jamahl Mosley said after Tuesday’s practice. “A lot of times, these shot-clock violations happen because we pass up a good [shot] to try to create something that’s really not there.”

That sentiment has been echoed throughout the three-game win streak, especially for rookie forward Paolo Banchero. It was a message Mosley delivered early in Sunday’s 111-99 win over the Toronto Raptors.

With a little more than two minutes remaining in the second quarter, Markelle Fultz drove into the paint and forced three defenders to show help before passing to an open Banchero in the left corner with 13 seconds left on the shot clock.

Banchero, whose defender in Scottie Barnes had one foot inside the paint when he caught the pass, pumped faked Barnes on his closeout before trying to drive and kicking the ball out to Kevon Harris after being double-teamed with 7 seconds on the shot clock. The possession stalled out, ending in a shot-clock violation.

As Banchero was getting back on defense after the turnover, Mosley had a few words for him.

“Just shoot the ball and let it fly — that’s what everybody tells me,” Banchero recalled to the Orlando Sentinel after Tuesday’s practice. “That’s the message from all the coaches.”

Banchero listened to Mosley, taking and making two catch-and-shoot 3s early in the third without hesitation in the win.

Banchero is making 34.2% of his catch-and-shoot 3s per game entering Wednesday’s homestand-ending matchup vs. the Atlanta Hawks (14-14).

His accuracy ranks 165th out of the 236 players who’ve played at least 15 games and average at least 1.5 attempted catch-and-shoot 3s. This still produces 1.026 points per catch-and-shoot possession, a more efficient mark than Banchero produces in isolation (0.94) and as the pick-and-roll ball handler (0.8) — more challenging play types — and slightly below his efficiency on post-ups (1.05).

“It’s good to see that because that’s an efficient shot for me,” Banchero said. “I definitely need to shoot more of them, especially when I’m open like that. That’s what they’ve been trying to tell me.”

Banchero has a tendency of catching and waiting to see how a play will develop instead of making the quick decision — shoot, drive or pass — off the catch.

It’s a common struggle for rookies and one Banchero’s been aware of even before the Magic (8-20) made him the No. 1 pick out of Duke in June’s draft.

“It’s something I always had to work on,” he said. “I had the same type of thing I had to work on in college where I wasn’t shooting catch-and-shoots [at] the beginning of the season, then [Duke men’s basketball coach Jon] Scheyer and [former Duke coach Mike Krzyzewski] was on me about it.”

“I’ve always been a good catch-and-shoot shooter,” he said. “But I also have kind of a bad habit of catching and wanting to survey first or hold and see if I can get something else when the easy shot is the catch-and-shoot 3s. Just got to make that an even bigger part of my game because it’s free points and I’m good at it.”

“Coming through high school, I never shot catch-and-shoot 3s,” Banchero said. “I always was going to the rim or shooting off the dribble. So catch-and-shoots 3s were kind of new to me coming into college. Learned how to do it in college. Now I’m re-adjusting and getting right in the league. They’ve been on me so much because I’ve been hitting them.”

The more Banchero takes — and makes — those 3s, the less defenses will sag off and dare him to shoot, opening up lanes for him to drive where he’s been efficient since Day One.

“It keeps the defense honest,” he said. “When you hit catch-and-shoot 3s, it opens it up. They have to close out hard and you’re able to drive and make plays.”

With the returns of Fultz and Cole Anthony and Franz Wagner’s growth as a playmaker on drives, Banchero will have more catch-and-shoot opportunities.

That’s already been apparent in the seven games Fultz’s played, with the duo showing good chemistry on pick-and-rolls and two-man actions.

Now, Banchero will have to catch and survey less and let it fly more.

“With Kelle being back, there’s going to be more of those catch-and-shoot opportunities,” he said. “I got to be ready to shoot. Early in the season, me and Franz were doing a lot more handling, creating with the ball in our hands. We weren’t getting as many catch-and-shoot opportunities. Me playing with Kelle and the way we’ve been moving the ball, I got to be ready to shoot.”

Okeke and Isaac went through a little bit of Tuesday’s practice, Mosley said.

Isaac practiced with the organization’s G League affiliate, the Lakeland Magic, last Tuesday and Thursday. He expects to practice with both teams as part of his return-to-play process.

Hawks guard Trae Young is questionable to play because of low back tightness while John Collins and Dejounte Murray will sit with sprained left ankles.