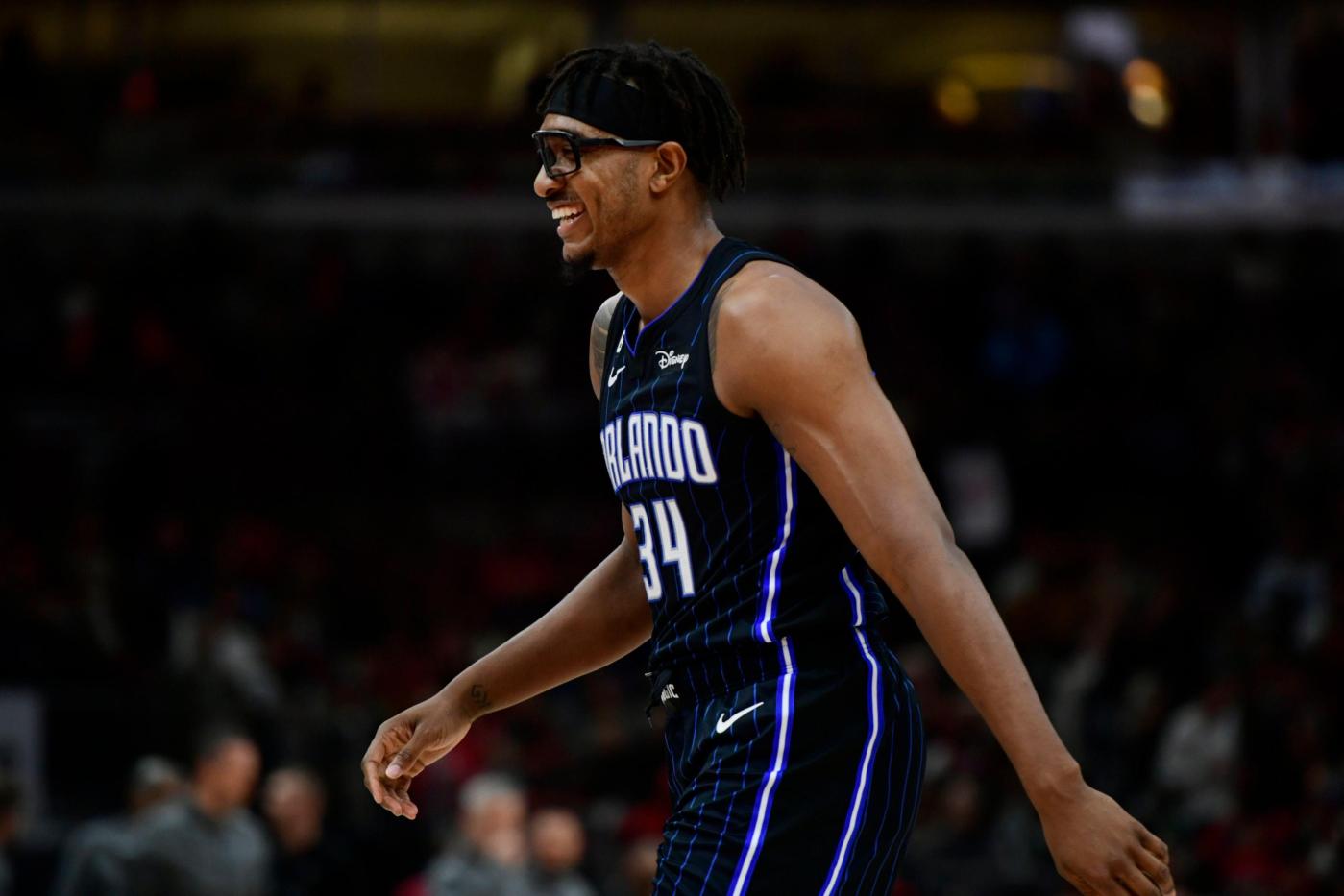 The Orlando Magic overcame the issue for nearly a month, but they couldn’t in Monday’s 123-102 road loss to the Indiana Pacers at Gainbridge Fieldhouse.

They ran out of gas.

Their lack of healthy players appeared to have caught up to them and played a significant factor in Monday’s defeat, the first blowout loss for the Magic (5-13) this season. The Pacers led by at least 15 the entire fourth quarter.

“There’s a level of difficulty there,” coach Jamahl Mosley said. “It’ll probably sound like the same message and repeating it back: The guys who step on that floor have to be ready to go. It’s part of our job to compete, play hard every single night and make sure we continue to stay together. We have to continue to battle.”

Already without five players to start the road trip, the Magic finished the game without Wendell Carter Jr., Chuma Okeke and Jalen Suggs.

Carter didn’t play because of a strained right plantar fascia (soft tissue under the foot). Okeke was ruled out in the third quarter with left knee soreness.

“That’s the same knee he’s dealt with before,” Mosley said of Okeke. “A part of this is being careful so things don’t get any worse. We want to stay cautious with our guys and make sure we try to get healthy bodies back.”

Suggs wasn’t officially ruled out, but exited early in the fourth after appearing to hurt his right ankle.

“With bodies going down, I want to make sure we’re not putting anybody else in harm’s way,” Mosley said. “He tweaked it a couple of times but he’ll be OK.”

This exacerbated the Magic’s on-court issues Monday, with Orlando at times not executing the game plan or playing with the energy necessary to win — something that happens to every team over the course of an NBA season but only made more apparent because of the injuries.

Tyrese Haliburton led the Pacers (10-6) with 18 points and 14 assists in 27 minutes. Ben Mathurin scored a game-high 22 points off the bench.

Franz Wagner had 22 points, 6 rebounds and 3 assists while Gary Harris had 18 points off the bench for the Magic.

Carter didn’t participate in the team’s morning shoot around and was a gametime decision before being ruled out 2½ hours ahead of tipoff for his third absence in four games because of the injury.

Mosley said Carter didn’t go through his pregame routine before being ruled out.

“All I know is that it was hurting this morning,” Mosley added. “I’d rather error on the side of caution vs. him trying to test it again.”

Carter told the Orlando Sentinel he plans to get his foot looked at by a doctor once the team returns to Central Florida.

He hopes to be available for Friday’s home game vs. the Philadelphia 76ers at Amway Center.

Carter also was a gametime decision for Saturday’s loss to the Pacers but was ruled out less than an hour before tipoff after attempting to go through his pregame warmup.

“A combination of both,” Mosley previously said when asked if Carter’s ailment is more about pain management vs. further injuring the foot. “There’s pain there — a lot of pain there. He’s playing through it, which is something he’s done before. Just making sure it doesn’t get any worse.”

Carter told the Sentinel ahead of Friday’s road win over the Chicago Bulls that he had been dealing with his injury for 5-6 games before being sidelined for the first time during Wednesday’s loss to the Minnesota Timberwolves.

“It just got really bad last game and just didn’t feel comfortable getting out there,” he added. “Knowing my body, knowing when I got pain I’m going to start favoring stuff, I didn’t want to end up hurting something else because I’m favoring something on my foot.

“There’s really no specific thing you can put on it to stop it from hurting. It’s just about tolerance, putting heat on it and stuff like that.”

Monday’s Magic-Pacers matchup was the second in three nights in Indianapolis.

It was the Magic’s first “baseball-style series” of the season — when two teams play consecutive games at the same venue with no travel in between.

“I love these situations,” Mosley said. “They do teach a young team how [to] adjust and what adjustments you need to make. Did you do the game plan correctly? Or was it some of your own mistakes that you made or the things you did right? You’re able to assess it right away.”