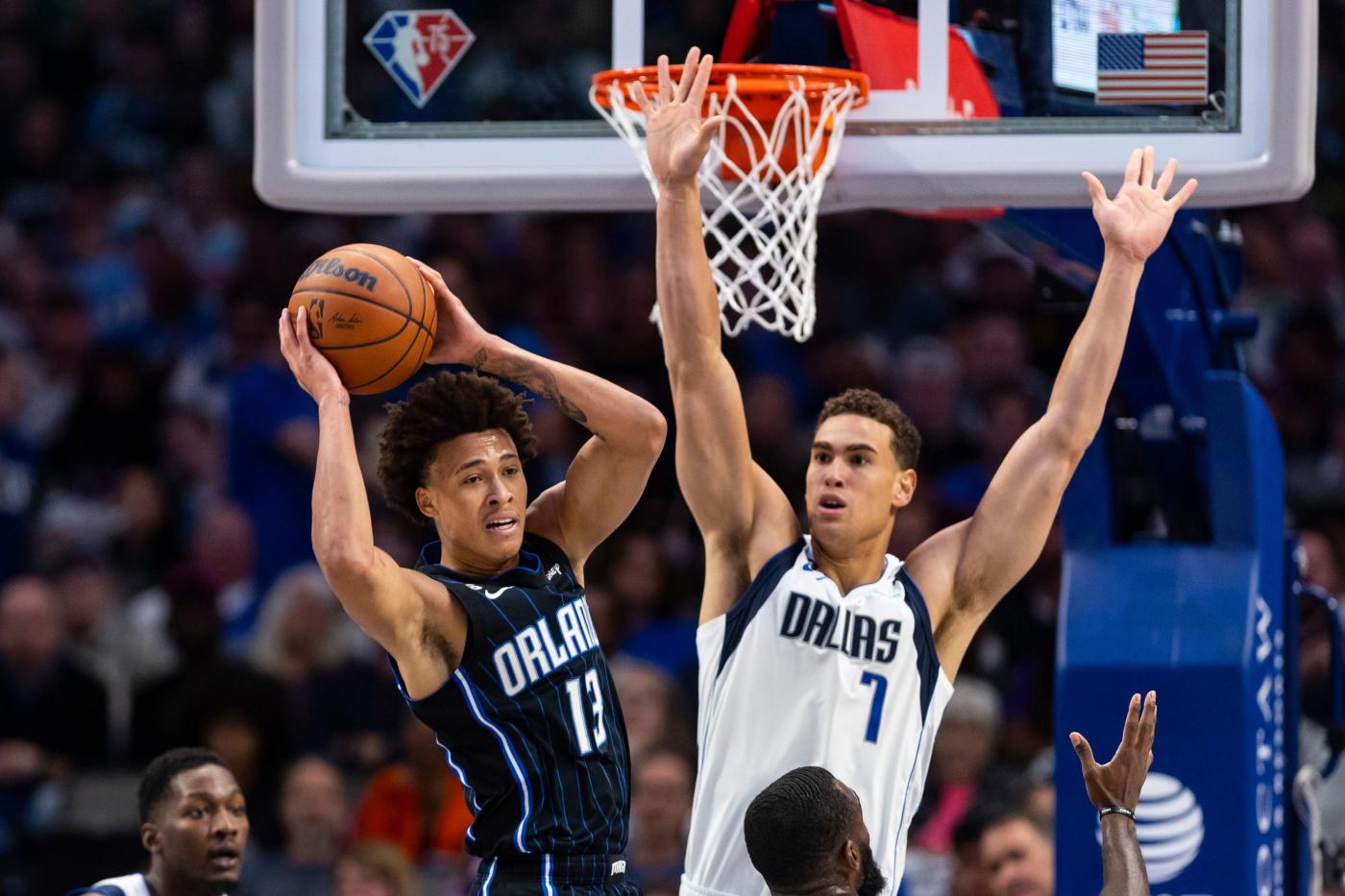 It’s still early in the season, but the Orlando Magic are having greater success scoring in the paint compared to last season.

This was a key for them in Sunday’s 114-105 road loss to the Dallas Mavericks, one of the league’s worst teams at protecting the rim.

Entering Sunday, the Magic were shooting 71.4% in the paint — the league’s second-best mark only behind the Minnesota Timberwolves (75.5%) and a significant jump from the 64.2% they shot inside the paint last season.

The Magic did a good job at attacking inside early against Dallas, not only finishing the first quarter with 14 points in the paint (7-of-10 shooting) but also getting the necessary paint touches to create open 3-pointers off drives and kicks. They made their first four 3-pointers, helping them take a 34-29 lead at the end of the first.

But the Mavericks (3-3) adjusted as the game went on and the Magic found it more challenging to create those paint touches that lead to spray-out 3-pointers.

“We’ve talked about that day from Day One — our ability to finish at the rim and get to the rim because it causes so many different problems,” coach Jamahl Mosley said pregame. “Obviously, paint touches are key. Attacking the rim whether that’s finishing, getting to the free throw line or kicking the ball out for feet-set 3s.”

Banchero led the Magic with 18 points but went 6 of 20 from the field. His streak of consecutive 20-point games to start his career ended at six, tying Grant Hill, Dominique Wilkins and Oscar Robertson for the third-most in NBA history.

Wagner also struggled, finishing with 11 points on 3-of-12 shooting. Both Banchero and Wagner had 4 assists.

Sunday was the Magic’s first time matching up against Luka Dončić, who entered the game with averages of 35.2 points, 10.8 rebounds, 9.4 assists and 1.8 steals.

Dončić scored 30 first-half points to keep the Mavericks in the game, finishing with 44 points, 5 assists and 3 rebounds in 37 minutes.

Mosley coached Dončić for three seasons (2018-21) while he was an assistant with the Mavericks.

“His poise is still there,” Mosley said of Dončić. “His ability to lead these guys is great. You can see him using his voice a ton more with these guys. Obviously, he just does such a dynamic job of putting guys in positions to be successful and make shots.

“You can’t give him the same doses of everything. By the first quarter, he’s playing a game of chess — deciding what coverages you’re in, how you’re doing it, what you’re doing. you have to keep it mixed up.”