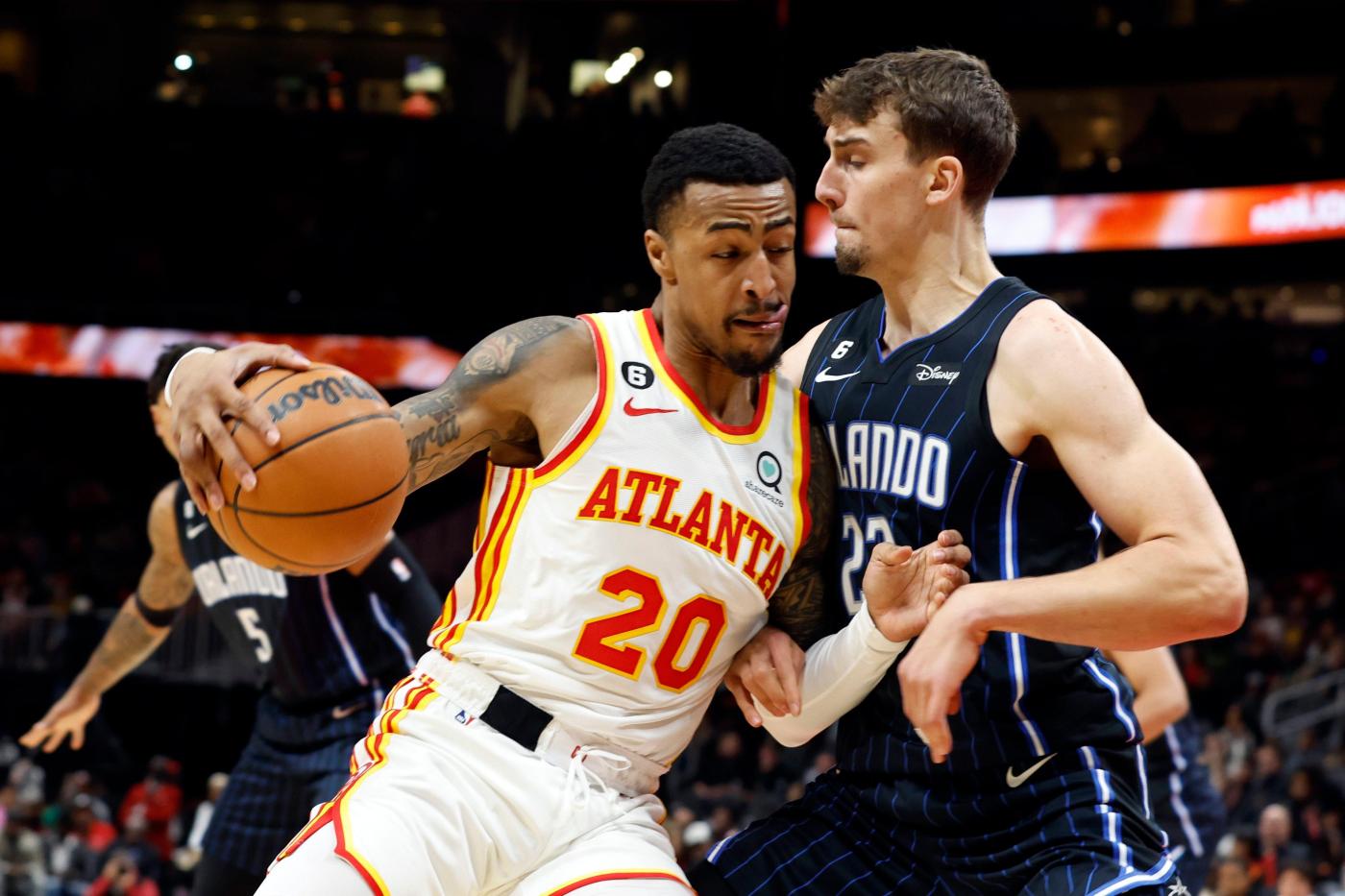 After Wednesday’s season-opening loss to the Detroit Pistons, one of coach Jamahl Mosley’s messages to the Orlando Magic was simple.

“Stop reaching,” Mosley said. “If you trust your positioning and get there on time, you don’t have to reach for the basketball.”

The message was precise because, to Mosley, the solution to one of the issues the Magic had in Detroit wasn’t complicated and could have been amplified leading into Friday’s 108-98 loss to the Hawks at State Farm Arena in Atlanta.

“It’s very simple,” Mosley said. “On closeouts, sit down, understand who it is you’re guarding and don’t reach for the basketball. Play positional defense, get your chest in front of the guy and sit down and guard.”

The message was heard.

“It’s just discipline,” guard Terrence Ross said. “Got to learn from when guys are driving, no need to reach. Keep your hands out, keep your hands up.”

While the execution was better Friday compared to Wednesday, the Magic still have work to do in other areas.

Reaches weren’t the only issue that plagued Orlando against the Pistons. Turnovers and defensive rebounding were also problems. Giveaways remained an issue against Atlanta, with the Magic having 19 turnovers for 24 Atlanta points, including 16 in the final three quarters for 22 points.

The Magic’s tendency to reach despite having good defensive positioning undid them against Detroit with Orlando committing 24 fouls — 7 in the fourth — and the Pistons attempting 24 free throws.

The Magic did a better job of defending without fouling against the Hawks, who have what Mosley called a “dynamic backcourt” in Trae Young and Dejounte Murray.

Orlando fouled the Hawks 19 times, limiting them to 16 free throws.

“We did good with defending without fouling,” Paolo Banchero said. “That was one of the good things we did.”

Young is especially skilled at drawing fouls, finishing in the top 10 of free-throw attempts per game the previous three seasons.

“That’s always going to be our game keys,” Mosley said. “That’s part of showing your hands, positional defense first. And forcing the contested tough shot. Not necessarily going to get the block but contest the shot first. Now you’re in a position for our other guys to help rebound.”

Cole Anthony, who made his season debut Friday after sitting out Wednesday’s game and Thursday’s practice because of an illness, led Orlando with 25 points (8-of-12, 4-of-5 on 3s) in 28 minutes.

Banchero had 20 points and 12 rebounds for his first double-double in addition to 3 blocks. His 47 combined points through the first two games of his NBA career are the seventh-most for a No. 1 pick in the league’s history.

Anthony, who came off the bench for the first time since April 14, 2021, had been a game-time decision heading into Friday, with Mosley saying that Anthony was able to go through “a little bit” of Friday morning’s shootaround.

Jalen Suggs left Friday’s game in the third quarter with an ankle injury.

He landed awkwardly on his foot after taking a foul on a drive in the third. He originally went right to the bench but hopped back to the locker room with team trainers.

The Magic ruled Suggs out in the fourth, saying Suggs sprained the ankle.

The Magic (0-2) will play the Boston Celtics (2-0) in their home opener Saturday at Amway Center to conclude their back-to-back.