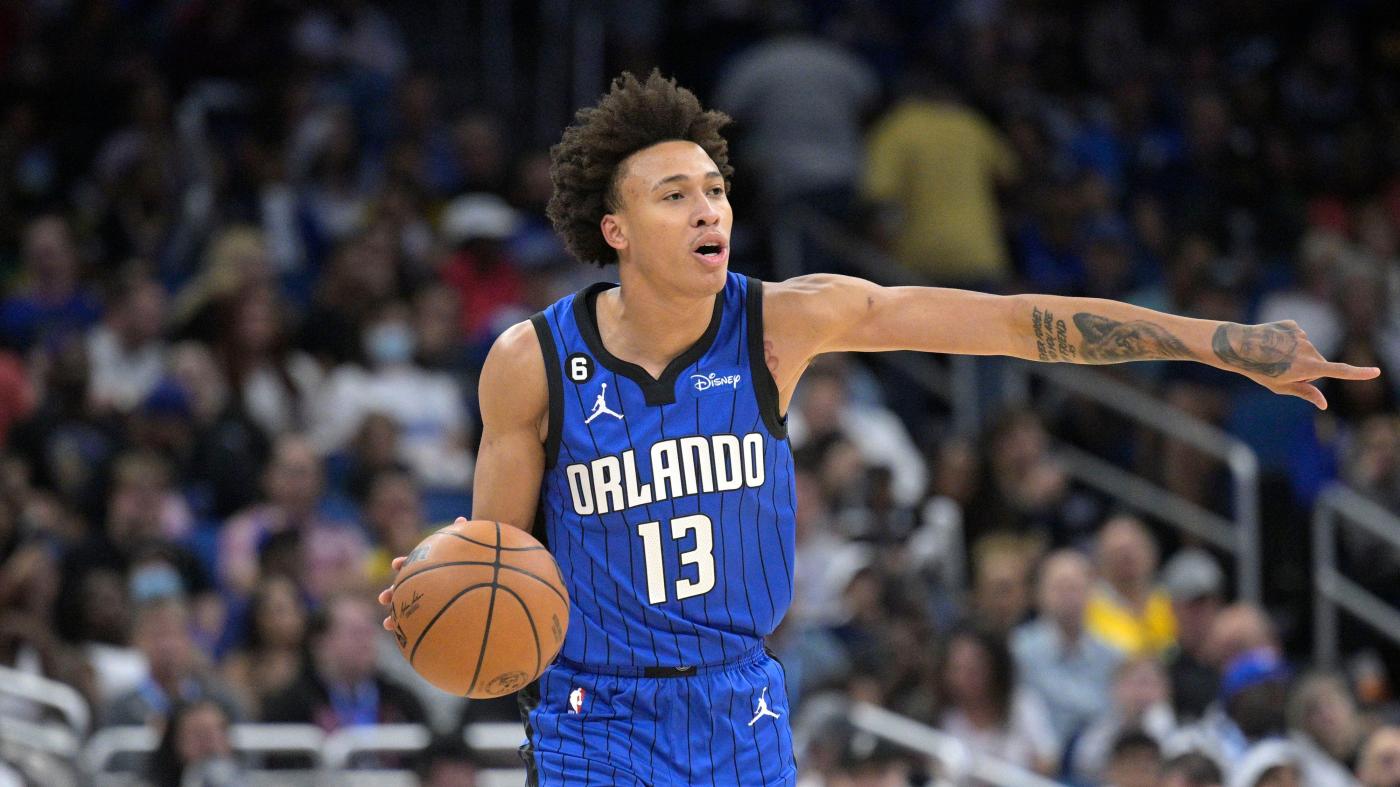 The Orlando Magic’s bench showed something special at Amway Center in Thursday’s upset of the Golden State Warriors.

It’s been part of an identity that coach Jamahl Mosley has been trying to build on since he took over last season. But now the Magic need to see results to match that effort and show real progress.

It started early with the reserves. It paid off late, and the starters were in better position to close.

“We’re not in the first quarter if Chuma [Okeke] doesn’t come in there and knock down some big shots,” Mosley said of his reserve forward making all 4 of his field-goal attempts to keep the score even at 30 entering the second quarter. “It’s a testament to those guys staying ready and stepping into the big moment and not being afraid.”

After starting the season 1-7, being close in multiple games down the stretch only to see victory escape, the Magic achieved it with a 130-129 victory.

Trailing by 16 in the third quarter, the Magic made their move. They cut the deficit to 6 after Okeke missed a 3 and rookie Kevon Harris put it back and drew a foul.

Harris missed the and-1 opportunity but Okeke returned the favor by rebounding his miss. He kicked the ball out to Jalen Suggs, who dished it to R.J. Hampton for a 3-pointer that made it a one-possession score at 96-94.

It electrified the arena. The Magic’s confidence grew with it.

It’s one thing for No. 1 overall pick Paolo Banchero or Franz Wagner to make a big shot. The offense runs through them with the starting unit and there’s a certain level of expectation that comes with that responsibility.

What made that sequence of hustle plays and ball movement significant was that it came from the Magic’s bench, a unit that had been underachieving and having difficulty holding leads and reducing deficits.

In a loss to the Oklahoma City Thunder on Tuesday, the bench combined for 30 points but Harris didn’t score. Suggs, who came off the bench after a five-game absence because of an injury, shot 3-for-14 in that game. Caleb Houstan made only 1 of 5 shots.

Still, it was the hustle that made the difference. With two minutes left in the third quarter, Hampton dribbled into the corner and threw an errant pass that was stolen by Warriors center James Wiseman.

Hampton didn’t hang his head over the mistake. He ran back on defense to force a steal from behind to make up for it.

“I really believe it is part of it for our guys to understand that we must stay the course no matter happens in a 48-minute game,” Mosley said. “We saw what happened the other night and they learned from that. Understanding that they have to play it down the stretch and you have to dominate the simple plays, and we did that.”

While the Magic were creating their own luck with hustle plays, it was Golden State, winner of four NBA titles since 2015, that faltered late.

Suggs, now back in the starting lineup, picked up where the bench had left off. He’d already missed all of his attempts from 3, but he caught the wave.

Suggs knocked down his only makes from 3 when they counted most, the first coming against a busted coverage to put Orlando up 122-120 with 1:48 left.

With 37.7 seconds remaining, Suggs broke a 126-all tie with another 3 and the Magic never looked back.

“Be the goldfish,” Suggs said, repeating advice he has received from his coaches, namely assistant Nate Tibbetts, even though he’s shooting less than 30% from 3 for the season. “Goldfish have short-term memory. He tells me that a lot in terms of whether it’s a turnover, missed shot, whatever, be the goldfish. … Trust your work.”

If they can repeat this effort Saturday vs. the Sacramento Kings, the Magic will have their first winning streak of the season.