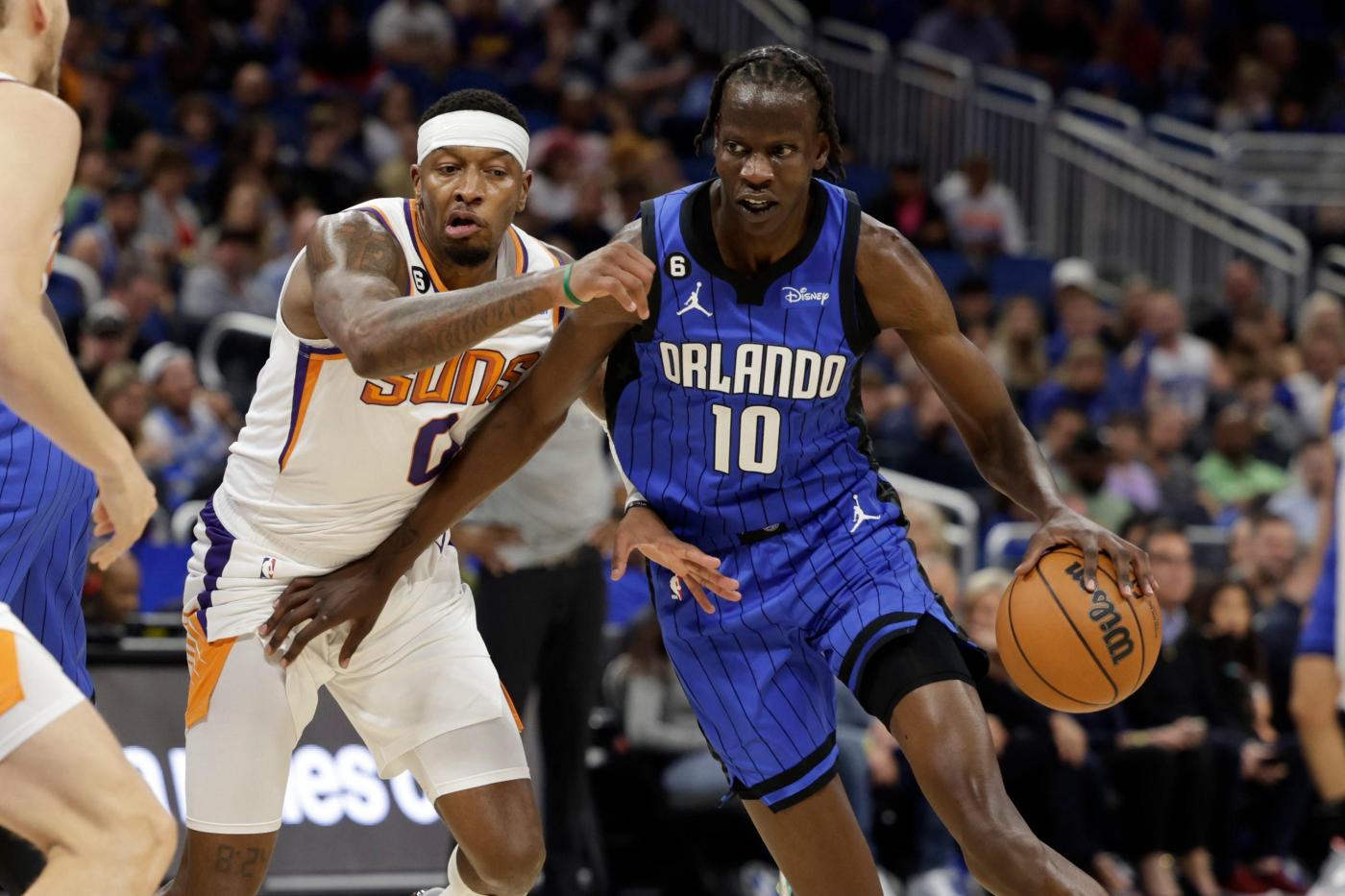 If you looked at the schedule for the Orlando Magic’s ongoing season-long seven-game homestand before it started, a 3-2 record through the first five games would’ve felt like an optimistic outlook.

But that’s exactly what the Magic (4-9) have done so far entering Monday’s matchup vs. the Charlotte Hornets (3-11) at Amway Center.

While it may have felt like the Magic let games get away from them in their defeats to the Sacramento Kings on Nov. 5 — they lost after blowing a 20-point third-quarter lead and a De’Aaron Fox 31-foot buzzer-beating 3-pointer in overtime — and the league-worst Houston Rockets on Nov. 7, their wins have been more impressive.

Victories over the defending champion Golden State Warriors, the Dallas Mavericks — a Western Conference finalist from last year — and the Phoenix Suns, who had last season’s best regular-season record, are wins to be proud of regardless of the circumstances.

Now it’s time for them to finish the homestretch on a high note, with Magic also playing the Minnesota Timberwolves Wednesday at Amway Center to wrap up the homestand.

“Just being home, in front of these home fans, is something that’s special,” coach Jamahl Mosley said. “The energy they give and keep providing our guys is a big key to us doing what we’ve been doing. Our learning lessons as each game has gone on have been big for us.”

Those lessons have included details such as improved communication when in a switching defense, not fouling as much or moving the ball and spacing the floor better offensively.

“We’ve talked constantly about being able to protect the rim, getting better there; our ability to defend the 3,” Mosley said. “That Houston game hit us pretty good. But staying the course on the little things. Those are things we’re trying to hit home on: Protection of the paint, taking away the 3 and defending without fouling. We’ll have to continue to improve at taking care of the basketball as well.”

Hornets All-Star guard LaMelo Ball with be available Monday after being absent for the Magic’s win over the Hornets on Oct. 28. Ball was sidelined for the first 13 games because of a sprained left ankle. He made his debut in Charlotte’s loss at the Miami Heat on Saturday, finishing with 15 points (6-of-17 shooting, 1 of 9 on 3s), six assists and six rebounds in 28 minutes.

Paolo Banchero (sprained left ankle) was listed as questionable on the Magic’s Sunday injury report, as expected. He missed the wins over the Mavericks and the Suns with the injury.

Mosley said Banchero practiced Saturday, adding, “He went through all the drills we put forth for him.”

The coach said that Banchero’s status remains day-to-day and he’ll be a game-time decision for Monday.

The Magic will wear their all-black City Edition uniforms, which also feature a metallic gray accent, for the first time and will unveil the City Edition court that’ll be used when they wear the jerseys at home.