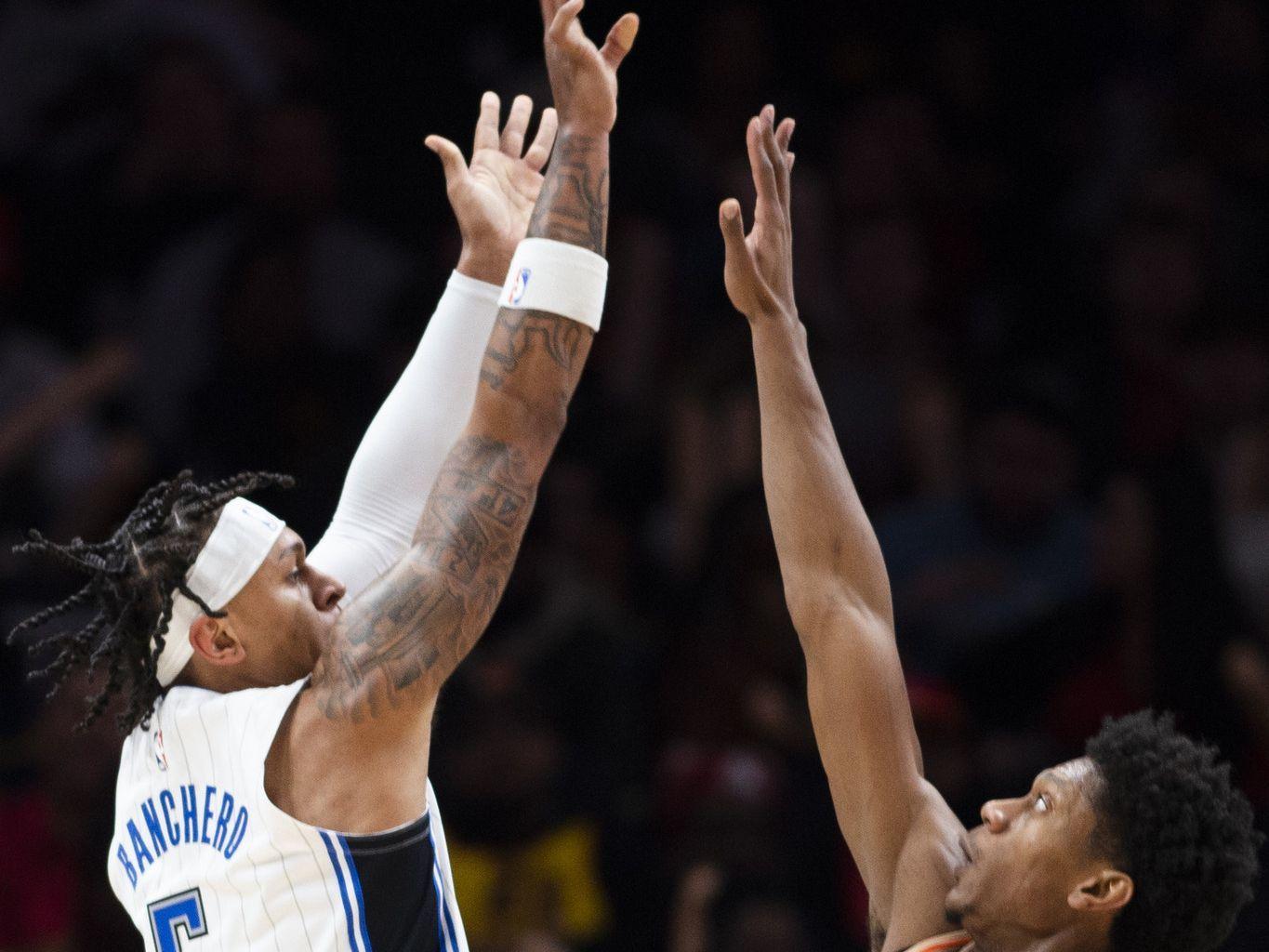 As Moe Wagner put it, there was a “weird” mood in the Orlando Magic’s locker room after their 126-125 loss to the Atlanta Hawks on Monday.

On one hand, the defeat ended their win streak at six games and put them at 11-21 on the season.

On the other hand, they went on a 13-0 run in the final three minutes to go up 125-124, only to lose in the final seconds on the second night of a back-to-back.

With 1.3 seconds left Paolo Banchero fouled a jump-shooting Dejounte Murray, who knocked down both free throws to give the Hawks the winning margin. Banchero didn’t get his shot off on time on the final possession.

“Losing sucks,” Wagner said. “[But] we’re actively pushing towards a mentality we grow every day: The result matters but the process matters more. We’re a little encouraged with that fourth quarter, the fight we showed. That’s kind of the mentality we need to have.”

For as much as the loss stung, the Magic made the comeback because of a belief that grew during the win streak.

The growth on both ends of the floor has been evident.

It’s why the Magic not only came back against the Hawks but had multiple clutch wins after struggling late in games.

“That’s all we talk about, being able to weather the storm,” Markelle Fultz said. “Don’t get too high, don’t get too low. Basketball is a game of runs. Stick with each other and I think you [saw that Monday]. It shows us sticking together and the belief we have in each other. A huge part of that is the win streak we went on.”

Now, the Magic have the chance to have their first winning road trip of at least three games since Dec. 26-29, 2020, with their road-swing-ending matchup against the Rockets in Houston.

The West-worst Rockets enter Wednesday on a three-game losing streak, but they’ve gone 7-9 since Nov. 16.

The Magic have gone 6-2 since falling to the Milwaukee Bucks at Amway Center on Dec. 5.

“Everything we’ve been through, it just shows how we’re worried about the work,” Fultz said. “We know the results will come. That’s what we got to continue to do. We’ve got to go now, look at the game plan, learn from our mistakes and get ready to win one in Houston.”

Second-year forward Franz Wagner was listed as questionable on the team’s injury report because of a sprained right ankle.

He appeared to hurt it toward the end of Monday’s game after Murray’s free throws. He was on the floor for the Magic’s final possession to close out the game. Wagner has started every game, averaging 19.6 points (47.5% shooting, 32.9% on 3s), 4.2 rebounds and 3.5 assists in 33.5 minutes.

The injury designation for Chuma Okeke, who’ll be sidelined for at least another month after having arthroscopic left knee surgery (chondroplasty — shaving/smoothing damaged cartilage), has been changed from left knee soreness to left knee surgery. He’s been out since Nov. 21.

Carter hopes to return in Friday’s home game vs. the San Antonio Spurs at Amway Center.

This article first appeared on OrlandoSentinel.com. Email Khobi Price at [email protected] or follow him on Twitter at @khobi_price