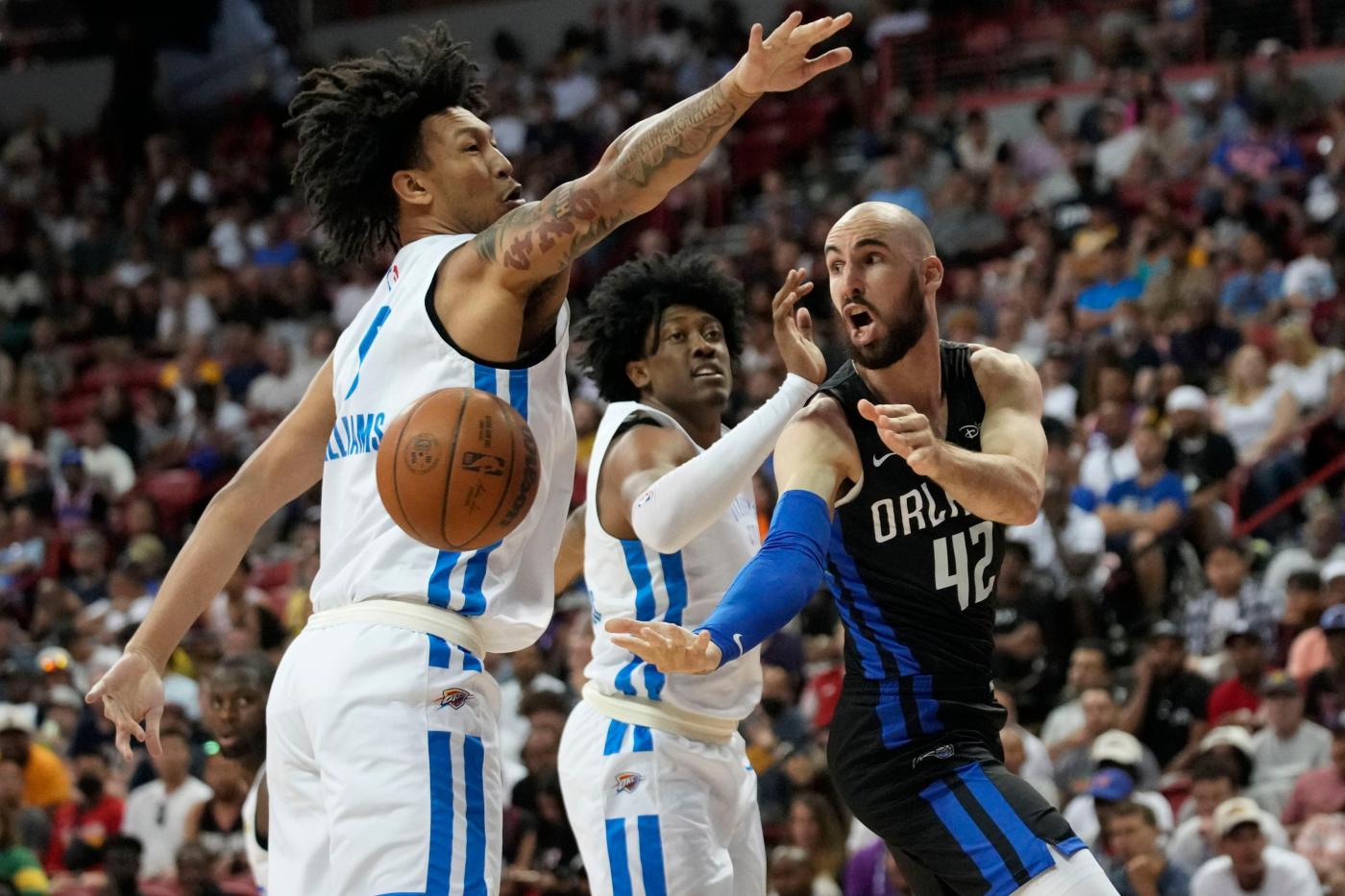 The Orlando Magic are one game way from wrapping up their Las Vegas summer league schedule after another loss without No. 1 pick Paolo Banchero.

The New York Knicks defeated the Magic 102-89 late Thursday night After starting 2-0 behind Banchero’s dominance, the Magic have lost two games in a row.

They close out summer league play Saturday vs. the Detroit Pistons (ESPNU, 4 ET).

The reason behind the dip in play after such an impressive start is the sitting of Banchero and several more experienced teammates. The 6-foot-10, 250-pound forward averaged 20.0 points, 6.0 assists, and 5.0 rebounds until the Magic decided they’d seen enough. They wanted to get their free agents more opportunities to play.

Despite the losses, those players held their own weight in Thursday’s game.

Tommy Kuhse, a 6-2 shooting guard who spent five years at St. Mary’s, was the most productive of the bunch. After playing 27 minutes he had 25 points, making 11-of-15 shots, 4 assists and 5 steals.

“He’s got a knack. He’s just out there making plays on both sides of the ball,” Magic summer league coach Jesse Mermuys said of Kuhse, who made 6-of-10 shots for 14 points vs. Oklahoma City on Monday. “He’s a crafty finisher around the rim. He’s played really well for us.”

R.J. Hampton, a third-year guard for the Magic, has been held out along with third-year forward Admiral Schofield, too.

That has allowed the likes of Kuhse, who didn’t appear in the first two games, to play.

Justin James has appeared in each game but now he has a bigger role with Schofield and Banchero no longer eating up the minutes. The 6-7 small forward spent two seasons with the Sacramento Kings, playing in 72 games.

He had his best outing with 16 points and 5 rebounds Thursday.

“He’s a hard-working kid and he has really improved his perimeter shooting,” Mermuys said. “He’s a nice young player. He’s on his way.”

The glass is half-full from the Magic’s perspective. Much like last regular season when they only won 22 games and focused on developing young players, Las Vegas has mirrored that approach.

There’s a lot to learn. A lot of work to be done. They’ll all be the better for this experience, even though most of the free agents won’t be on the Magic’s regular-season roster for 2022-23.

“The NBA is tough. It’s a complete grind to get better every single day,” Mermuys said. “It’s professional sports and it’s hard. Those guys play with that edge, and we need that.”