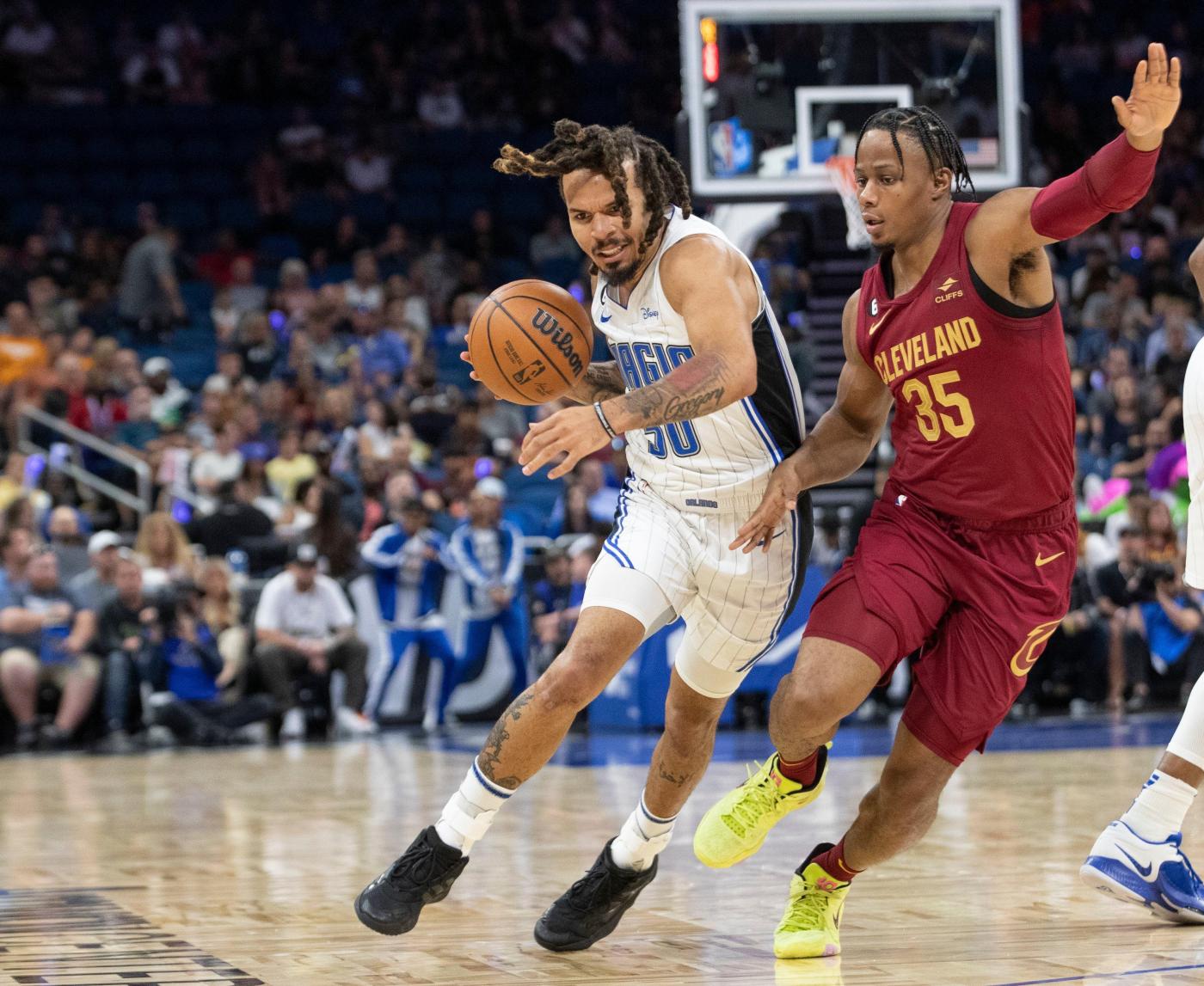 There are typically two approaches NBA teams have for their preseason finale: Keep experimenting with the expected rotation players as part of a “dress rehearsal” or give them a rest before the games start to matter in the standings.

Both approaches were on display in the Orlando Magic’s 114-108 preseason-ending win over the Cleveland Cavaliers Friday at Amway Center.

While the Cavaliers sat three starters in Darius Garland, Donovan Mitchell and Jarrett Allen, the Magic continued to tinker.

Coach Jamahl Mosley hasn’t shied away from playing bigger lineups during training camp and preseason exhibitions, with the aforementioned group having three guys listed as 6-foot-10 (Wagner, Banchero and Carter) and Bamba listed as 7 feet.

“It’s four [at least] 6-10 guys who can make decisions,” Mosley said. “Yes, there is a level of adjustments that they’re used to doing certain things, but their ability to make decisions is what we keep working with them on and ask them to do.”

Bol Bol, 7-foot-2, filled in for Bamba to start the third quarter.

The experimentation didn’t stop there, with Mosley playing lineups that saw little or no time together in previous games, including a unit of Bol, Franz Wagner, Terrence Ross, Chuma Okeke and Moe Wagner.

Moe Wagner exited in the second quarter after spraining his right ankle.

“We told our guys they need to understand it’s more going to be about rotation, fits and feels as we move into that first [regular season] game,” Mosley said. “Guys playing maybe longer minutes or shorter stints, but it’s a way to look at that.”

All five starters played at least 20 minutes, mostly in the first three quarters.

The Magic, who trailed by as many as 7 with eight minutes remaining, pulled off the comeback win behind the all-bench lineup of R.J. Hampton, Devin Cannady, Kevon Harris, Caleb Houstan and Admiral Schofield.

The Magic, who went 4-1 in the preseason with four consecutive wins, open the regular season against the Pistons Wednesday in Detroit.