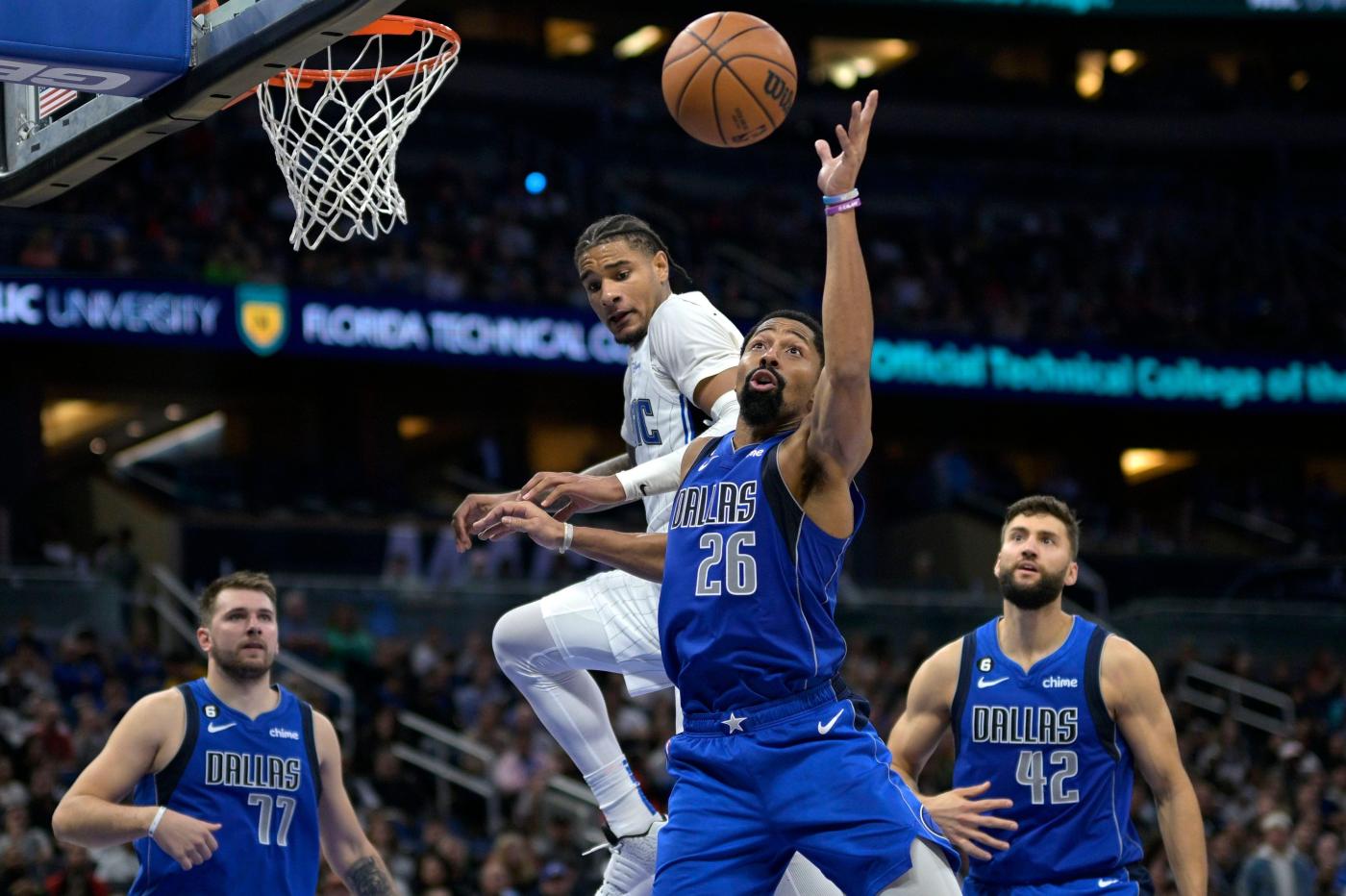 Coach Jamahl Mosley’s mantra has been simple when the Orlando Magic have dealt with injury-related absences: Next man up.

It’s the cliché response nearly every coach gives but has been especially true for the Magic (4-9), who’ve had 5-7 players sidelined because of injuries for each game.

He’s capitalized, especially defensively, and was a key reason the Magic slowed down star wings Luka Dončić and Devin Booker in Wednesday’s win over the Dallas Mavericks and Friday’s victory over the Phoenix Suns.

“You talk about a young man who’s willing to step in and be as versatile and guard any position — he’s done that,” Mosley said. “He’s taken on the challenge. He’s done a great job of stepping into his role.”

It isn’t a coincidence Dončić and Booker had their worst shooting performances against the Magic with Okeke as their primary defender.

His defensive versatility helped him remain a positive contributor even when his offensive production waned.

“With him having long arms, very mobile, really good moving his feet, I think that’s what gives him that advantage,” Magic big man Wendell Carter Jr. said of Okeke. “He’s big enough to guard guys who like to post up but quick enough to guard some of the guards. He has a really good defensive IQ. He knows guys’ tendencies and makes them do things they don’t want to do.”

The Magic’s gameplan against Dončić was simple even if the execution isn’t easy.

“Pressure him,” Okeke said, “and make nothing easy.”

The mission was accomplished, with Okeke being a significant reason why.

Okeke spent 25.9 partial possessions guarding Dončić, according to the league’s official matchup data, which was the most on the team.

Although Okeke’s individually credited with holding Dončić to 2 points on 1-of-4 shooting, the stats don’t fully capture his impact.

Okeke guarded Dončić full court and picked up the 1-on-1 pressure once they crossed half court, forcing him to work and use energy to get to his spots which also took time off the shot clock.

At 6-foot-7 and 229 pounds with a wingspan of 7 feet, Okeke has the physical tools to match Dončić’s physicality. That helped Okeke not give up an inch of space in the post or on the perimeter without being blown by on drives.

Okeke does well with shadowing players’ movements and being active with his hands, poking the ball loose, cutting off potential passing lanes and making ballhandlers uncomfortable.

This was evident when Okeke knocked the ball out of Dončić’s hands on a dribbling sequence in the fourth quarter with 5 seconds remaining on the shot clock and 4:19 remaining on the game clock with the Magic leading 89-83.

Off the ball, Okeke navigated through screens well so Dončić wasn’t comfortable on the initial catch, forcing him to work more to create an advantage.

The result was Dončić, who averages 33.6 points, scoring 24 points on 9-of-29 shooting to go with 6 rebounds and 6 assists against the Magic to end his streak of consecutive games scoring at least 30 points to start the season at nine.

“He has a great knack for getting after the basketball,” Mosley said, “so he keeps guys a little bit off balance and guessing.”

The Magic’s gameplan for Okeke was similar against Booker: Provide full-court pressure, stay attached on screens and don’t let him get comfortable.

“Chuma has the size, he moves well, he’s strong — the combination of those things help make him a really good defender,” Terrence Ross said. “Makes him very versatile. His activity and energy slowed everybody down. He played great on Booker. He made it a point to get him uncomfortable and he did it. That was big time.”

Even when Dončić or Booker got the best of Okeke — which all great players will no matter the defender — they had to work hard for those shots.

“It’s so important — wearing guys down, picking them up full court, getting into their bodies early [and] applying a ton of pressure,” Mosley said. “Chuma’s done a great job of that.”

Although he was the primary defender, Okeke wasn’t the only reason for the Magic’s success against Dončić and Booker.

They switched most ball screens they were involved in, often resulting in Carter, Jalen Suggs, R.J. Hampton or Bol Bol finishing possessions on Dončić or Booker — and doing a good job of it — after Okeke contained them early.

Individual defensive stats don’t show the full significance of the early 1-on-1 pressure Okeke brought Dončić and Booker this past week, but his impact was reflected in their scoring numbers and efficiency.

“You’re not necessarily playing one-on-one,” Mosley said. “Guy’s got to feel 1-on-5 and that’s a lot of what the switching provides.”

This article first appeared on OrlandoSentinel.com. Email Khobi Price at [email protected] or follow him on Twitter at @khobi_pri