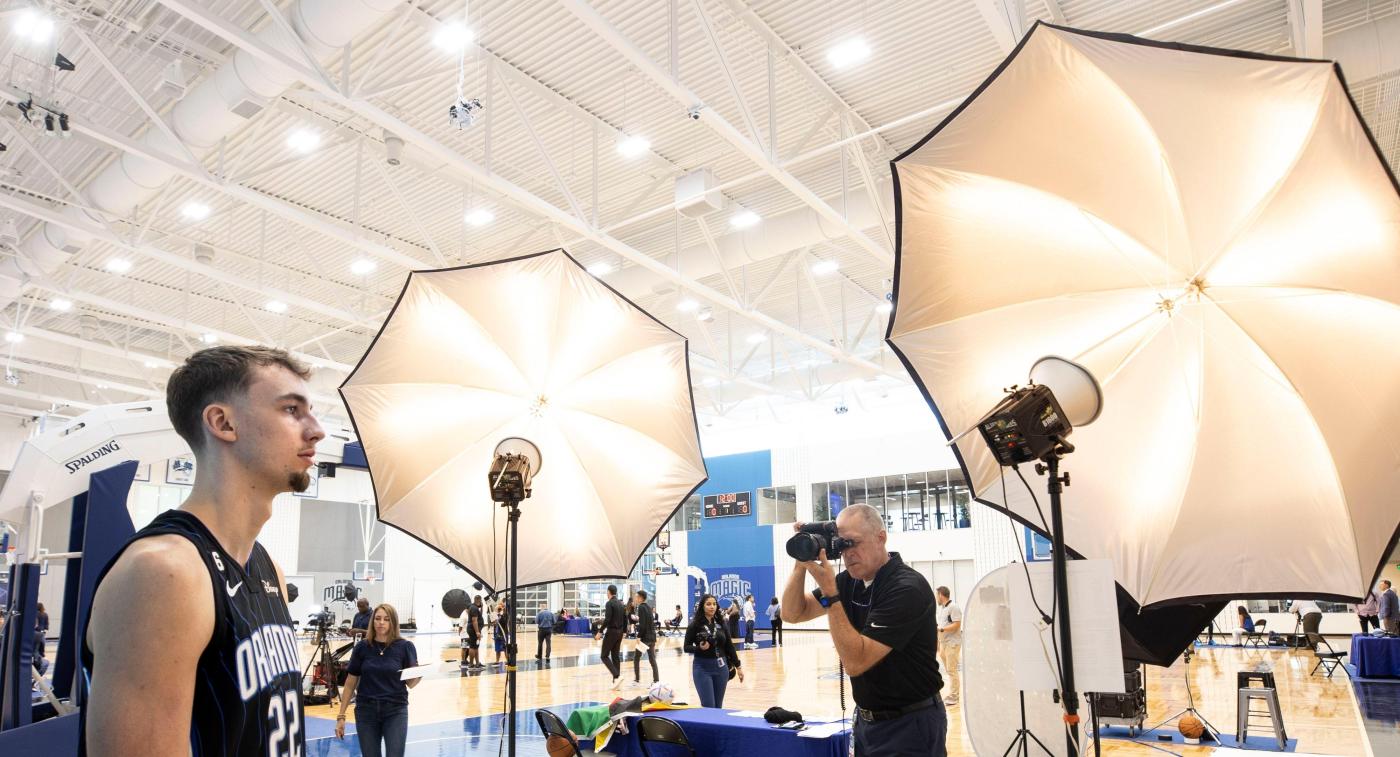 The Orlando Magic had a pair of lineup shakeups for their Thursday preseason matchup at the San Antonio Spurs.

Second-year forward Franz Wagner was available against the Spurs while Terrence Ross moved into the starting lineup.

Wagner, who was named to the 2021-22 All-Rookie first team and finished fourth (two third-place votes) in voting for Rookie of the Year that was awarded to Toronto Raptors forward Scottie Barnes, sat out of the Magic’s preseason-opening loss to the Memphis Grizzlies on Monday.

He started alongside Wendell Carter Jr. and Paolo Banchero, in the No. 1 pick in June’s NBA draft, in the frontcourt for the first time.

“You have guys that can guard multiple positions, but also, you have three young guys who can make great decisions,” coach Jamahl Mosley said after Thursday’s shootaround. “They’re all ball movers. They understand where guys are on the floor and they’re willing passers. That’s such a great combination to put out on the floor for us.”

Wagner, Banchero and Carter have the potential to be the Magic’s long-term starting frontcourt.

“The sky is the limit,” Carter said of the trio. “Franz is a player who plays the right way. He plays to win. It’s really easy playing with Franz. It’s P’s first year, so he’s going to go through stuff that all rookies go through. But at the same time, he’s a phenomenal player and he also plays to win.”

“Terrence has been fantastic,” Mosley said. “For these young guys, he’s been a true pro. He opens the floor up because teams have to honor and respect him. His voice has been great. His actions have followed his voice.”

The Magic are monitoring Wagner’s preseason workload after a month-long summer run with Germany’s men’s national basketball team, which included playing in friendlies, 2023 FIBA World Cup Qualifiers and EuroBasket 2022 — a tournament Germany won the bronze medal in after defeating Poland on Sept. 18 at Mercedes-Benz Arena in Berlin.

Orlando will play the Mavericks in Dallas on Friday to wrap up the back-to-back.

“We’ll make sure he’s working his way back the right way,” Mosley told the Orlando Sentinel. “It’s going to be [about] how his body responds to that first game more than anything.”

The Magic conclude their preseason slate with home games vs. the Grizzlies (Oct. 11) and Cleveland Cavaliers (Oct. 14).