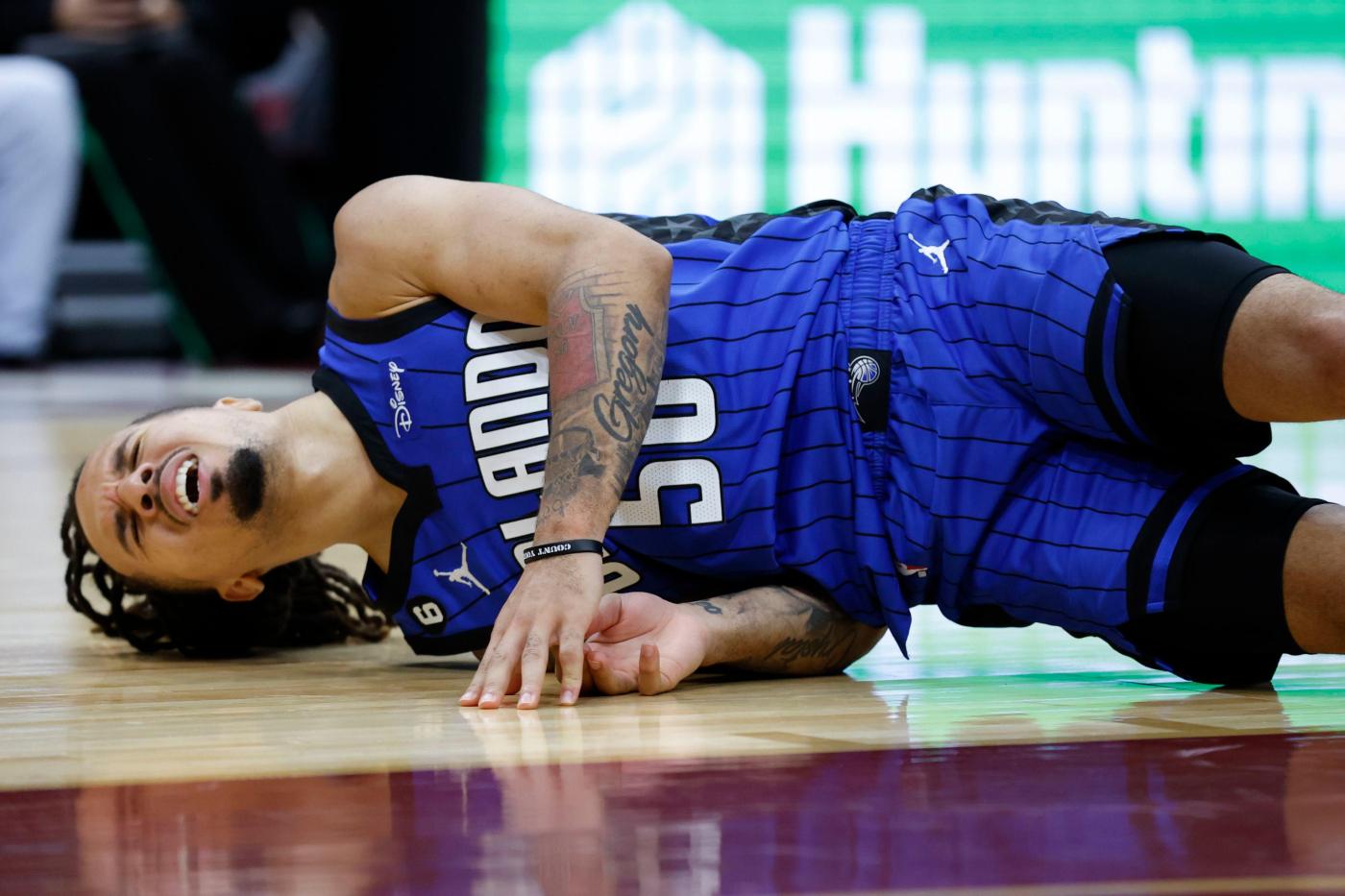 Anthony will sit for Friday’s home game vs. the Charlotte Hornets and his return to play will depend on how he responds to rehabilitation and treatment, the Magic said in a statement Thursday morning.

While it wasn’t clear as of Thursday how or when Anthony suffered the injury, it appeared Anthony hurt his right midsection on a drive during the middle of the fourth quarter when Cavaliers forward Cedi Osman blocked his floater with 4:55 remaining.

Osman hit Anthony in the upper body while contesting his shot, forcing Anthony to lose his balance in the air and fall on his right side.

Anthony slowly got up after Terrence Ross fouled Donovan Mitchell on the ensuing possession and closed out the game, finishing with 9 points (2-of-10 shooting), 6 rebounds and 5 assists in 32 minutes.

It wasn’t known as of Thursday when the Magic’s injured players could return. The team, like many around the NBA, doesn’t publicly disclose return-to-play timelines after injuries.

Suggs sprained his ankle in the Oct. 21 road loss to the Atlanta Hawks. He was wearing a boot over his foot during last Saturday’s home-opening loss to the Boston Celtics. Wagner was injured during the preseason finale vs. the Cavaliers on Oct. 14.

Fultz has been sidelined since fracturing the toe in mid-September ahead of training camp while Harris hasn’t played since having arthroscopic surgery on his left knee on Aug. 31 after tearing his meniscus.

Isaac hasn’t played since tearing the anterior cruciate ligament in his left knee in the NBA bubble on Aug. 2, 2020. The lone setback Isaac had came in mid-March when he suffered a right hamstring injury that required surgery.

With Anthony sidelined, rookie forward Paolo Banchero and second-year forward Franz Wagner could carry a more significant offensive load than they already have.

He’s been tasked with more ball-handling responsibilities — running more pick and rolls as the ball handler, shooting fewer spot-up shots and cutting less. For Wagner, the change in role has resulted in more playmaking opportunities but also turnovers (3.2 compared to 1.5 last season) as he adjusts to setting up the offense more.

Banchero, who became the seventh player in NBA history to start his career with five consecutive 20-point games with his 29-point-8 rebound-4 assist-2 block showing Wednesday, has been an offensive focal point.

His team-high usage rate of 29.7% is the league’s 21st-highest mark among players who played in at least three games entering Thursday. Banchero leads the Magic in scoring with 24 points (44.8% shooting — 50% on 2s and 28.6% on 3s) to go with 7.6 rebounds and 3.2 assists. His adjusted assists, a player’s combined assists, free-throw assists and secondary assists, of 3.6 is second on the team behind Anthony (5.5) and Franz Wagner (4.6).

Third-year guard R.J. Hampton, who was a healthy scratch Wednesday, could also get more playing time because of the injuries.

Friday will be Steve Clifford’s first game coaching in Orlando since he and the Magic “mutually agreed” to part ways in the summer of 2021.