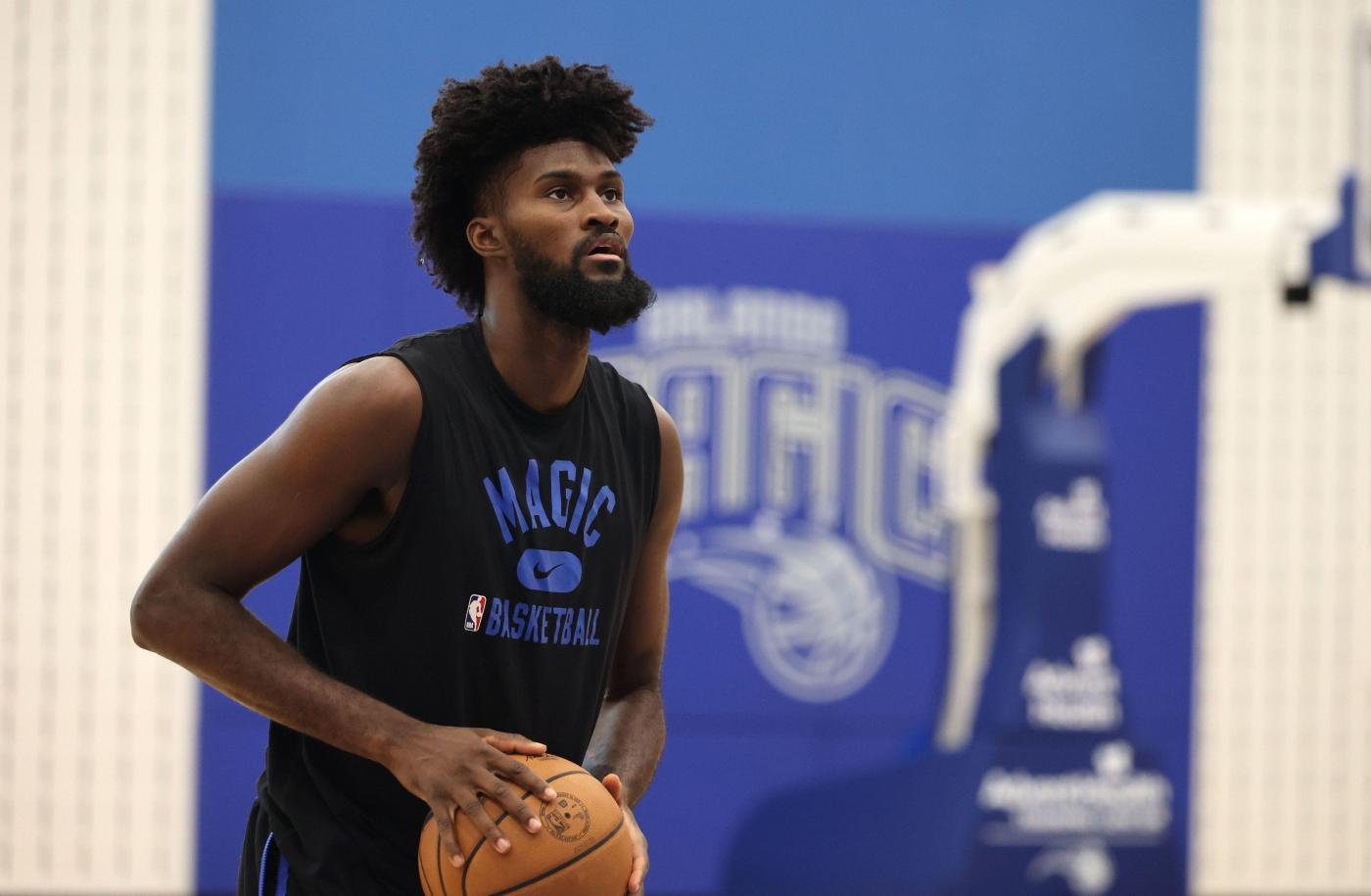 Orlando Magic forward Jonathan Isaac took important steps this past week toward returning to the floor, although he doesn’t have a timeframe for when he thinks that’ll happen.

Isaac, who hasn’t played in an NBA game in more than two years, fully participated in practices Monday and Tuesday ahead of Wednesday’s home game vs. the Oklahoma City Thunder.

This included being a part of the five-on-five scrimmaging and live-action drills Monday, with Tuesday being a less intense session.

Isaac played five-on-five against other basketball players for the first time since tearing the anterior cruciate ligament in his left knee on Aug. 2, 2020 — the last time he played in an NBA game — on Dec. 6 with the organization’s G League affiliate, the Lakeland Magic.

But Isaac said Monday was his first time playing five-on-five with his Orlando teammates as part of a practice.

“Definitely a hurdle that was just like relief,” Isaac added after Wednesday morning’s shootaround. “As practice was coming to a close I’m just like ‘yes’. I took another step forward and want to keep doing that.”

Isaac, who missed the previous two seasons and has been sidelined for more than 28 months, alluded to needing more time to work on his conditioning and responding to practices.

“Definitely the days we play and go hard, there’s definitely that piece of being able to recuperate,” Isaac said. “I feel good and hopefully we get this thing rolling pretty soon.”

Added coach Jamahl Mosley: “It’s a matter of knocking out the rust. Being comfortable out there with different lineups, different groups. His instincts are still the same. His defensive ability to just know when and where things are happening, his rebounding. Obviously, asking him to do certain things with rolling vs. popping. Just finding his rhythm is important.”

The Magic haven’t put a timetable on Isaac’s recovery at any point and he said he doesn’t have a timeframe he’s targeting to get back by.

“I’m going to say no,” Isaac responded when asked if there’s a timeframe he’s targeted. I do feel really good. Hopefully, we hope this thing rolling really soon.

“Over the next few days, we’re going to continue to get the conditioning where it needs to be. In my mind, I feel really good about where I’m at.”

It’s unlikely Isaac will travel for the team’s five-game West Coast road trip, which starts Saturday against the Golden State Warriors and ends Jan. 15 against the Denver Nuggets.

“That’s a tough one because there are some other things we are working on and talking about,” Isaac said. “I can’t say now, but there have been talks about it and we’ll cross that hurdle when we get there.”

He added about eventually traveling with the team again: That’s definitely a big step. Just being around and even going through shoot around, a few weeks ago, I wasn’t doing that. Completely being in the fold, [being] on one of the teams that are going out there and working on what the other team needs to work on feels really good.”

When factoring in the time he was sidelined before the ACL injury, Isaac hasn’t consistently played basketball in almost three full years.

He had just recovered from a major left knee injury in January 2020 before tearing a ligament during the league’s restart. His lone setback in his rehab — a right hamstring injury he suffered in mid-March that required surgery — stalled his progress but he’s further along in his return-to-play process than he was before.

The extended time away from the court will make him feel even more grateful for when he does return.

“Not just grateful to the Magic and the team, but just grateful to God,” Isaac said. “It has been a long road. It’s been grueling at times. If I didn’t have Him I don’t know if I to get to this moment. To have that peace and assurance that everything is going to be OK, my time is coming, feels good and that’s all because of Him.”