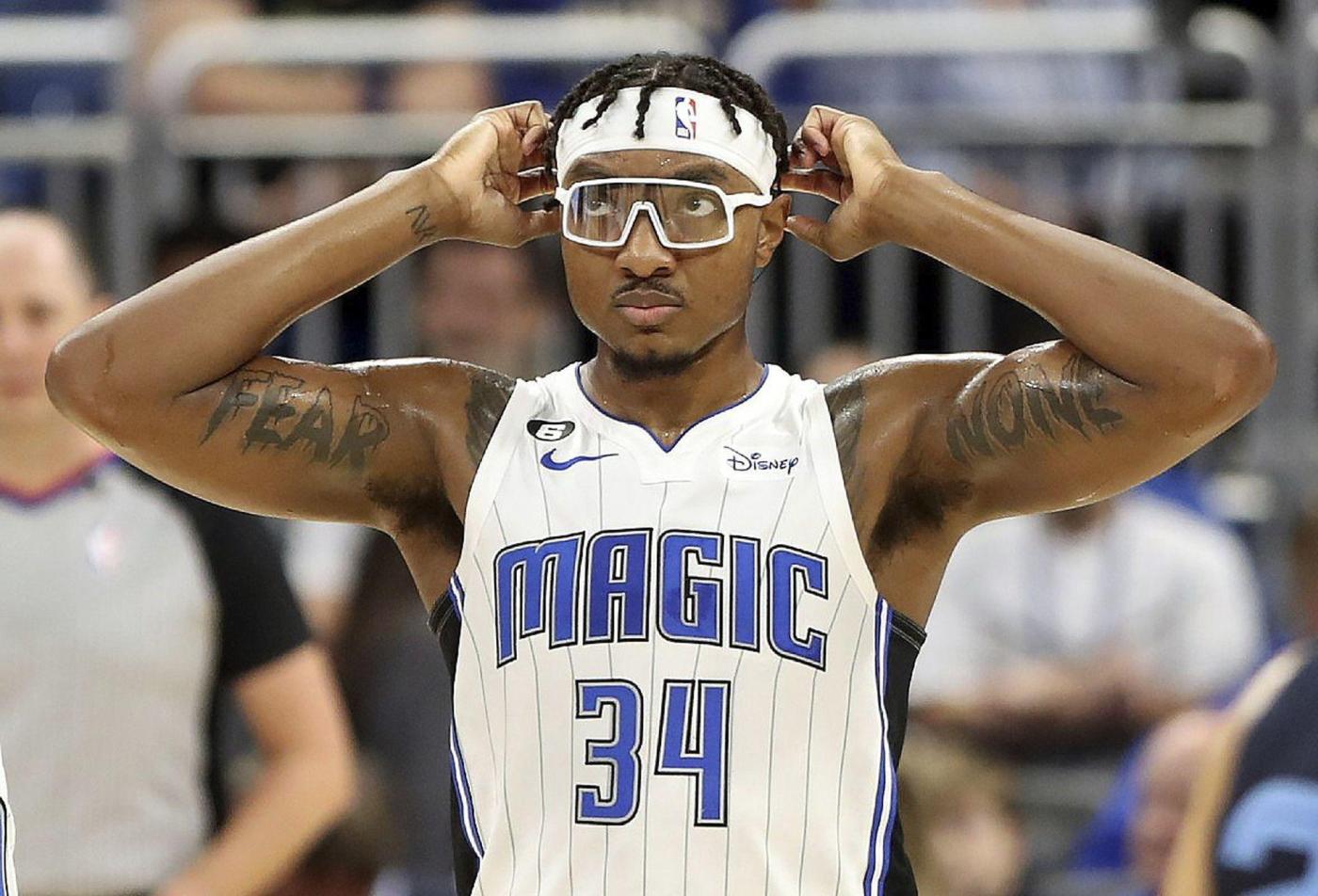 The Orlando Magic, who’ve been on a hot streak, may get their starting center back by the end of the week.

Wendell Carter Jr. told the Orlando Sentinel ahead of Sunday’s 95-92 win over the Boston Celtics at TD Garden that he’s targeting Friday’s home matchup vs. the San Antonio Spurs as the game for him to return from his strained right plantar fascia — the soft tissue under the foot.

When asked by the Sentinel what “soon” meant, Carter responded “probably first game back in Orlando”, which is Friday.

The Magic play the Hawks in Atlanta tonight on the second night of the road back-to-back before completing their four-game road trip with a matchup in Houston Wednesday. They beat the Celtics Friday and Sunday to kick off the swing.

Carter said he and the Magic have had a plan in place for him to return on Friday “2-3 days” before his conversation with the Sentinel — around the time the Magic left Orlando for the road trip.

When asked how he’s ramping up, Carter responded: “Just playing live. Playing with the coaches, playing with some of the low-minute guys. That’s the only way you can kind of replicate it. We agreed on doing it about 2-3 times before getting back in the games.”

Carter said he had one of these sessions Saturday, in between the Magic’s win over the Celtics.

“Since I missed so much [time] it was like 75% getting my foot back right and then the other 25% of making sure — I haven’t played in four weeks — they want to make sure I don’t out there and tweak something because it hasn’t had that same stress,” Carter said. “Hamstrings, quads, whatever the case may be. They just want to make sure I ramp it up to the point where it might not be exactly how the game will be but it’s close enough to where my body can start to get re-acclimated and be good to go.”

His first absence came during the home Nov. 16 home loss to the Minnesota Timberwolves. He played in the Nov. 18 road win over the Chicago Bulls — his former team — before being sidelined for over a month.

Carter told the Sentinel on Nov. 30 he hoped to be sidelined for 1-2 more weeks, which would’ve been an absence of fewer than four weeks, but he’s remained out to give his foot the time it needed to heal.

“I definitely thought it was going to be a 1-2 week thing,” he said. “But I never had it before, so it was kind of a new injury for me. My body didn’t really respond to it that well. It was taking a while to actually heal. After talking to a couple of doctors, [and] getting a couple of opinions, they told me it was something I had to play with.

“It’ll be a little uncomfortable but it’s no risk of me damaging it anymore. It gave me a little bit more peace of mind. I was like ‘let me get my mind prepared for…my foot will be hurting a little bit, but at least a healed a little bit to the point I can go through a game and still be fine.’”

Being out for such a lengthy period of time — nearly half the season — tested Carter’s patience.

“It’s pretty frustrating,” he said. “Just being a competitor I am. I want to be out there helping my team [in] any way I can. At the end of the day, I’m also a believer everything happens for a reason. Just keeping God in my life, [and] continue to pray. I feel like those things kept me kind of sane through this whole situation. I’ve already had an injury history of just getting hurt throughout my career so far, so it was kind of frustrating. But, it’s all good. I’m coming back so I’m looking towards the future.”

He told the Sentinel on Nov. 18 he had played through the injury for 5-6 games before being sidelined for the first time against the Timberwolves, meaning he had been dealing with it for most of November.

Carter said the injury got “really bad” after the home loss to the Charlotte Hornets on Nov. 14 in which he had 20 points, 5 rebounds and 4 assists in 32 minutes, resulting in him sitting vs. Minnesota.

He said he aggravated the injury trying to play through it in that win vs. the Bulls.

“Every step I took, it felt like I was stepping on glass,” Carter added. “It’s slowly gotten better to the point it’s tolerable. I can play through a lot of pain but I just couldn’t do it when it first happens. It’s manageable for sure.”

The Magic went on a nine-game losing streak once Carter started missing consecutive games, but have won their last six entering tonight’s matchup against the Hawks.

“Just belief system,” Carter said when asked what he’s seen from the Magic recently. “Guys started to believe in themselves. Believing we can be one of those teams in this league. It’s exciting just watching it because I see it every day in practice or sparks in games where we look really good.