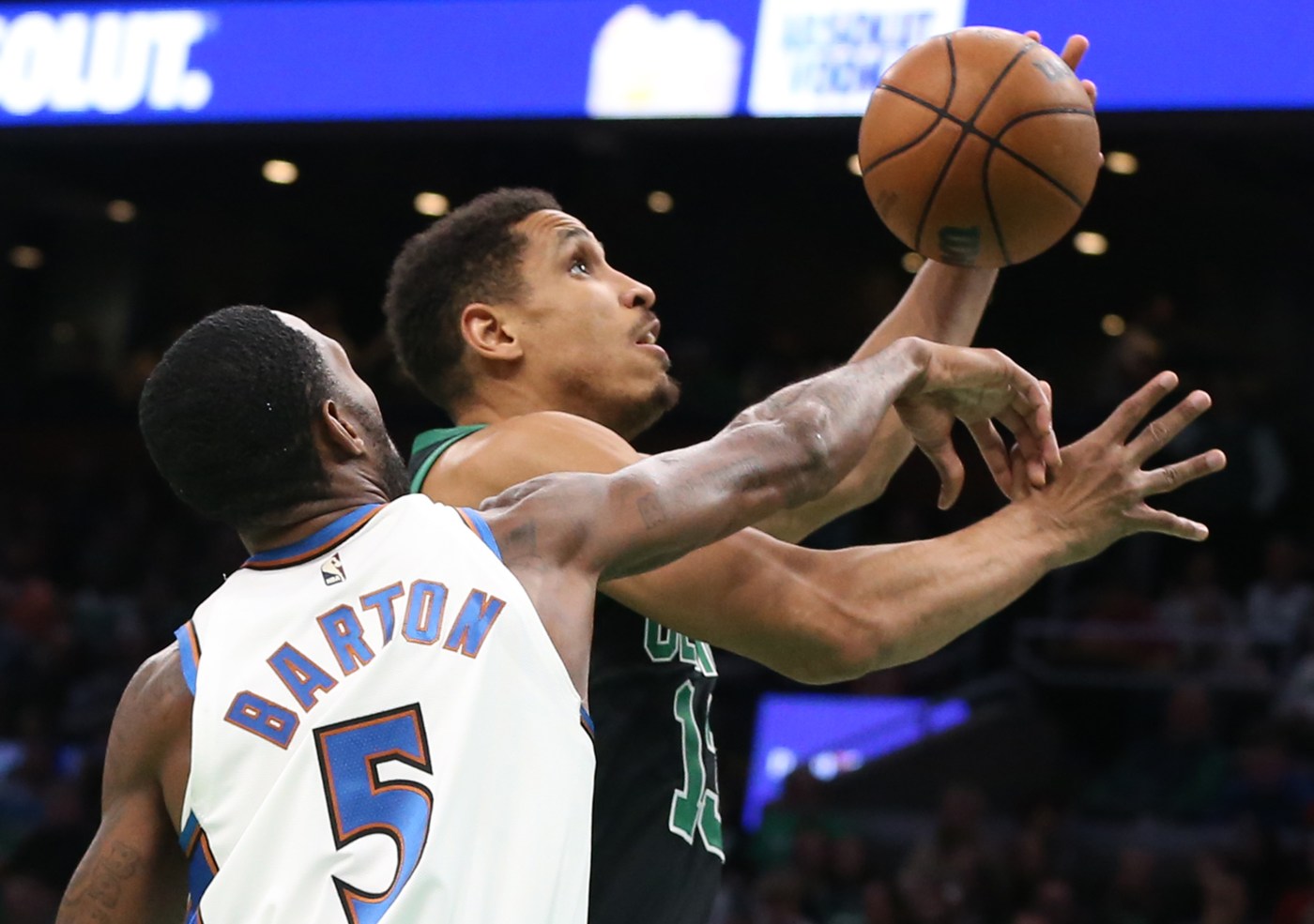 The Celtics’ bench had failed, and Malcolm Brogdon wasn’t happy about it.

Given a 19-point first quarter lead by the starters last Monday in Chicago, the Celtics’ second unit let it start slipping away. The lead was trimmed to single digits at the end of the period. Three minutes into the second quarter, it had completely evaporated, and the Bulls proceeded to run away with a blowout victory.

Brogdon, the new leader of the Celtics’ bench this season, used his veteran voice to make their performance in Monday’s loss an important lesson, and brought the unit together to talk about how they didn’t want any more drop-offs like that one going forward.

The unit certainly answered the call in Sunday’s win over the Wizards. After Jayson Tatum and Jaylen Brown led the starters to an early double-digit lead, the bench not only maintained it but increased it to 23 by early in the second quarter. And when the Wizards stayed within striking distance in the third quarter, the second unit – which featured Brogdon, Grant Williams, Sam Hauser and Luke Kornet on Sunday – put the game away. Brogdon scored 12 of his 23 points during a 21-8 run as the Celtics’ lead swelled from 12 to 25 early in the fourth, ultimately allowing the regulars to rest over the final minutes of the win.

The game exemplified Brogdon’s value and fit on this Celtics team. The veteran guard knows and has proven he can be a starter elsewhere in the NBA, but has embraced his role as a sixth man in Boston.

“I’ve been starting my whole career. so to go to the bench, I want to bring that energy to the bench,” Brogdon said. “I want us to believe we’re a starting group as well. When we’re in there, we play like starters. We play with that energy, we play with that confidence every night as soon as we step on the floor and that’s what we’ve been doing for the majority of the season thus far.”

That leadership and impact off the bench was missing at times last season, and was evident during the NBA Finals when they lacked a scoring punch from their second unit. With Brogdon now steering the ship, as Sunday showed, the Celtics’ depth is in much better shape.

“It gives us some stability,” Marcus Smart said. “You’ve got a guy who has been doing this, who knows how to play the game, coming in and taking anything, rolling with that leadership role in the second unit to really get them going. We have some young guys experience-wise in that second unit so to have somebody like Malcolm to be able to come in the way he does, it makes it a little easier for them to feel comfortable.

“And that’s the key. Our bench is something we’re going to need this year. And they are going to help us win a lot of games, so to have a guy like Malcolm doing what he’s doing and then the rest of those guys tagging along with him is key.”

Smart is already a little banged up this season. The guard said after Sunday’s win that he reaggravated an old injury during the Celtics’ preseason game against the Raptors last month at Montreal’s Bell Centre, where he was one of several players who slipped on a wet court.

The venue, which is the home of the NHL’s Montreal Canadiens, doesn’t typically host basketball games and caused some issues. Smart took a tough fall and said he’s still experiencing some aftereffects a few weeks later.

“I’m OK. I’ve been better but I’m OK,” Smart said when asked how he’s feeling physically. “That slip and fall in Toronto was reaggravating to the oblique and hip I tore a couple years ago so just dealing with that. For the most part, I’m doing OK.”

It has not yet affected Smart’s availability. The guard has started all six games thus far, averaging 34.2 minutes.

Luke Kornet has submitted impactful minutes over the Celtics’ last two games, and that includes an unusual defensive tactic that seems to be working. On several occasions when an opposing player is shooting a 3-pointer, the 7-foot-2 center has jumped straight up in the air from the paint like he’s contesting the shot even though he’s more than 20 feet away. It’s an amusing but so far, an effective deterrent, as it’s translated into several misses.

Kornet said after Friday’s loss to the Cavs that he started doing it a few years ago and noticed it was working while playing in the G League last season. His teammates approve.

“We love it. We love it,” Smart said. “It’s Luke man, he’s different. You don’t see a lot of people doing that, and it’s different. I think it catches a lot of people off guard because they are open, and then they see a 7-footer just jump straight up out of nowhere, it’s like, ‘What’s going on?’ So it works, and as long as it’s working, we’re OK with it.”