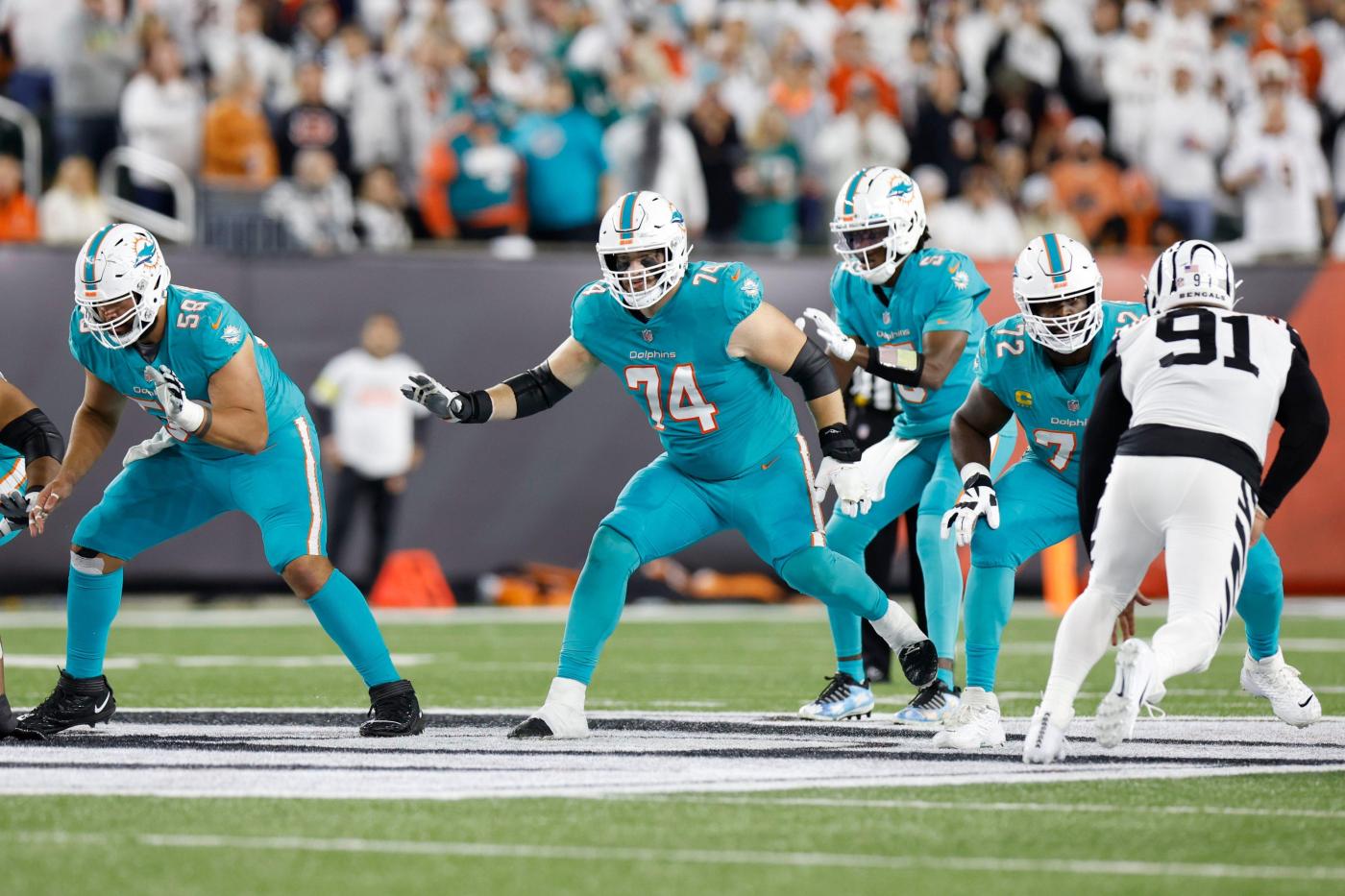 Social media is chirping, and it hasn’t been favorable toward the Miami Dolphins recently.

Many players are aware of the comments, they’re aware people who previously supported them whole-heartedly are now giving full-throated criticisms in very personal ways.

The criticism is tough to ignore. Social media is a lifestyle for most players.

“I’m on Twitter all the time,” said Jevon Holland, the Dolphins’ third-year safety. “Me and my group chat, we’re on there sending funny [expletive] to each other.”

Liam Eichenberg, on the other hand, is rarely on Twitter.

“I haven’t been on Twitter in two years,” the third-year left guard said. “But I will say that when things are going well everybody’s on board, and when they aren’t going well they think they know everything.

“There’s ups and downs, and it’s crazy how the tide’s turned. It’s crazy.”

Craziness ensues when a team goes from 8-3 to 8-8 with its playoffs hopes no longer in its control. The Dolphins (8-8), who are on a five-game losing streak, must defeat the New York Jets (7-9) this Sunday at Hard Rock Stadium to keep their playoff hopes alive.

It’s a desperate situation made tougher by critics on Twitter.

Players are human. They see the bile and venom.

At the same time, fans, many of whom have witnessed years of late-season collapses by the Dolphins, are frustrated and upset. Fans want their pound of flesh, and they’re full of opinions on who should go. The list starts at the top. Owner Steve Ross. General manager Chris Grier. Defensive coordinator Josh Boyer. No one is calling for head coach Mike McDaniel’s ouster, but if the Dolphins don’t defeat the Jets, no one’s job is safe on social media.

Many players say they don’t go on social media, especially during the season.

Others can’t resist. Most of them are in their 20s. They grew up with social media. It’s an integral part of their lives.

“People of your generation,” Holland explained, looking at a reporter and informing him he’s the same age as Holland’s parents, “you wake up in the morning, walk down the driveway and pick up the newspaper, read the newspaper.

“But now people wake up, it’s right there on your phone. I get all my news from Twitter.”

Rookie cornerback Kader Kohou is on Twitter, but he said he doesn’t know what’s being said about the Dolphins.

Rookie quarterback Skylar Thompson said he’ll check Twitter only in the offseason, not in the regular season.

“I just try to eliminate distractions, good or bad,” he said. “A lot of the stuff that’s said on that is people who have no idea what’s going on inside of here so I try to stay clear from that.”

“I check my Instagram every once in a while,” he said. “But I don’t have the apps on my phone. I’ve just learned from my past in college. It gives everybody a platform to say what they want and a lot of the time, 100% of the time, they have no idea of what’s going on so I just try to eliminate that and not even put my eyes on it.”

It’s a tricky business, this job of being a professional athlete in the social media age.

The majority of fans are good, understanding folks. They keep their nasty thoughts to themselves instead of putting them out there for public, and athletic, consumption.

But there are others who want players to see their destructive words.

Players deal with it in different ways.

“It is what it is,” Holland said. “People are going to say what they want. Twitter is a free platform so they say whatever. But I’m not going to trip off somebody that’s got five followers and follows 5,000 people. I ain’t worried about them.”

At the same time, Holland acknowledges he worries about what people think and say.

“Yeah, I’ll look at some stuff about myself,” he said. “I like to see what people are saying about me whether it’s negative or positive. If it’s negative I’m like, ‘I wonder why they say that?’ and go into, ‘How can I improve myself?’ and stuff like that.

“But I take it with a grain of salt. It’s social media, it is what it is. If I don’t feel good about it I’ll either block the person or just get out of Twitter.”

Again, that’s a tough ask. Walk into any NFL locker room after a game and you’ll see players sitting at their lockers, glued to their phones.

“I don’t really actively look for my name after the game,” Holland said.

However, he suspects many others do.

“It’s probably a lot,” he said of the number of players who check what was said about them immediately after a game.

“Everybody’s got Twitter. It’s just human nature to try to know what people are talking about. As much as you can not care about somebody’s opinion, obviously you still want to look.”