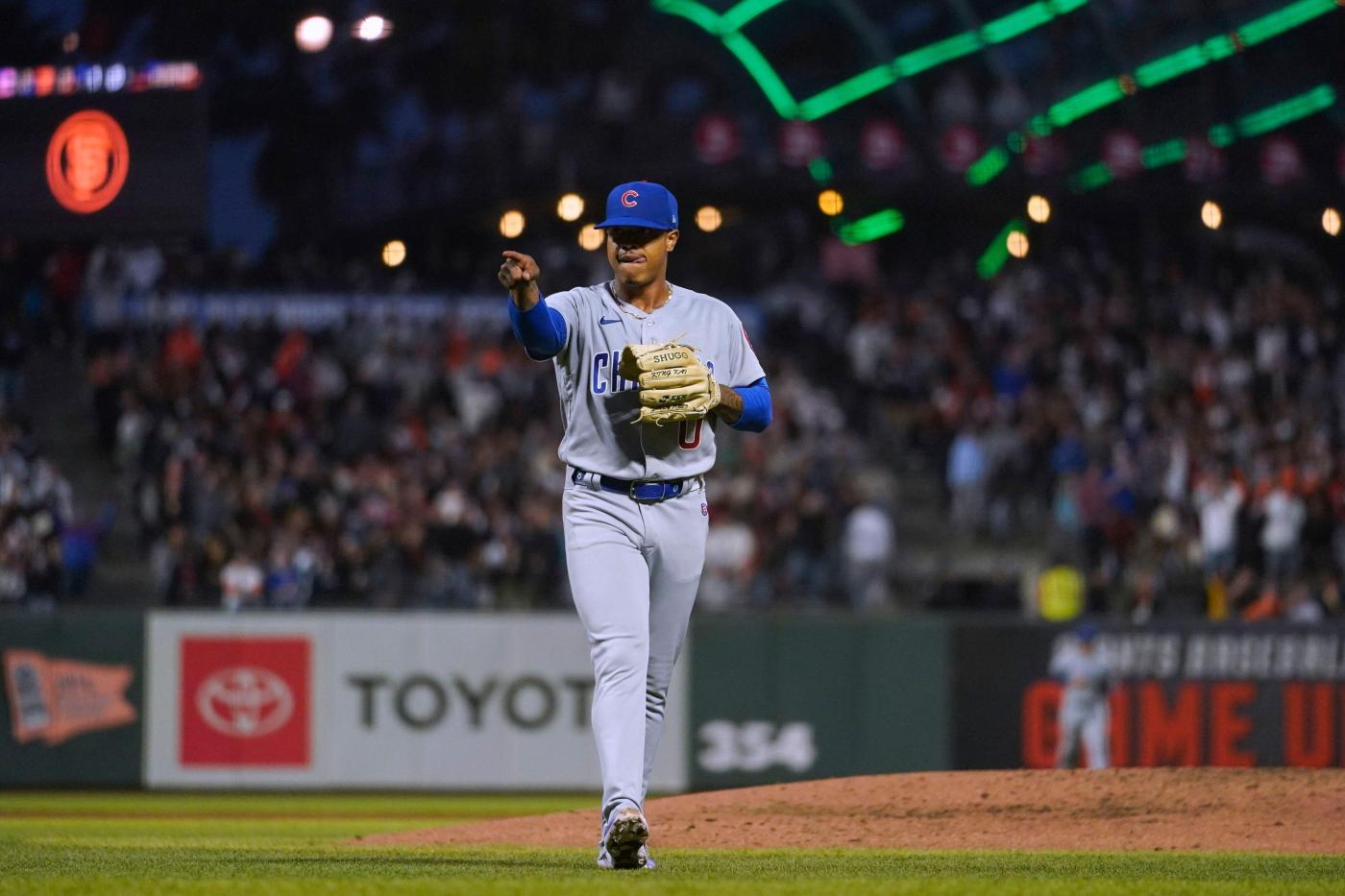 When Marcus Stroman signed with the Chicago Cubs shortly before the lockout, he thought it was a sign of the organization’s commitment to winning.

After all, the Cubs gave him the fourth-largest contract among starting pitchers in the offseason. Stroman noted at the time that the Cubs are ”definitely not in a full rebuild, they definitely want to win now” because of their move to sign him.

Stroman, though, also stated “you never know what you’re going to get into any year.”

For Stroman and the Cubs, this season means another trade deadline sell-off as they enter Saturday with the seventh-worst record in baseball despite being winners in seven of their last eight games following Friday’s 4-2 win against the Giants.

Stroman threw six shutout innings in the victory, continuing a stellar stretch. In four starts since coming off the injured list, Stroman has allowed only two runs in 20⅓ innings for a 0.89 ERA.

Friday also marked the last time before the trade deadline that Stroman teamed up with Willson Contreras behind the plate. In five starts together, Stroman has a 3.08 ERA. The veteran right-hander knows what awaits Contreras and the Cubs leading up to Tuesday’s 5 p.m. deadline.

Stroman called the three-time All-Star “the cornerstone of the franchise” for his contributions to the Cubs’ postseason runs.

“It’s special. I think we’re all going to miss Willson,” Stroman said. “He’s still on our team, but it’s almost like you know what’s going to happen with the hugs and everything how it was at Wrigley the last homestand. We’re super thankful for him.

“He’s going to be great. His career is just getting started. I think he’s going to be a perennial All-Star but, it definitely sucks to lose a guy like Willson, a guy who comes up each and every day and competes to the absolute maximum. It’s hard to find that.”

This is the awkward limbo Cubs players and staff find themselves in: Waiting for something to happen each day while still trying to win.

“The two days at Wrigley were the emotional ones because you knew you weren’t coming back,” outfielder Ian Happ said Friday. “And now you’re just playing baseball and trying to help the team win. Getting back in the rhythm of that and really trying to enjoy every second the clubhouse.”

Happ has not received communication from president of baseball operations Jed Hoyer or anyone in the front office about whether he will be traded before the deadline. But clearly Happ is preparing as if that will be the outcome.

“Players are last to know always with everything,” Happ said. “Who knows what’s going to happen, if anything happens. … You’re obviously in tune to what’s going on, like the (MLB trade) rumors. Personal (trade) rumors, not so much, but just generally what’s happening as it happens.”