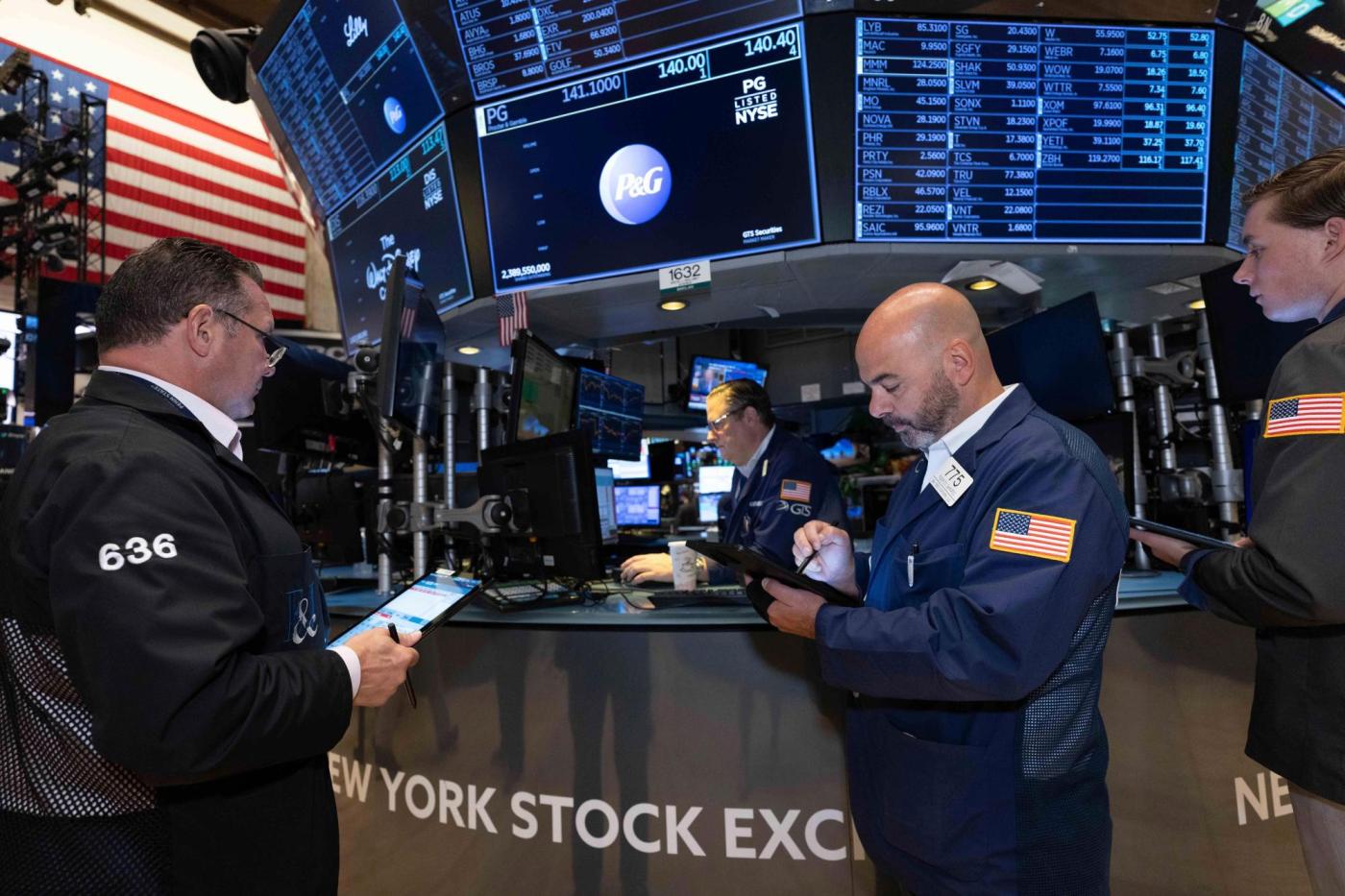 By STAN CHOE and ALEX VEIGA

NEW YORK (AP) — The stock market fell the most since June 2020 following Wall Street’s humbling realization that inflation is not slowing as much as hoped. The Dow lost more than 1,250 points and the S&P 500 sank 4.3%. A hotter-than-expected report on inflation Tuesday has traders bracing for the Federal Reserve to ultimately raise interest rates even higher than expected, with all the risks for the economy that entails. Bond prices also tumbled, sending yields sharply higher, after the government reported inflation decelerated last month by less than economists forecast. The drop didn’t quite knock out the market’s gains over the past four days.

The sell-off knocked the benchmark S&P 500 3.7% lower in afternoon trading, threatening to snap a four-day winning streak. Bond prices also fell sharply, sending their yields higher, after a report showed inflation decelerated only to 8.3% in August, instead of the 8.1% economists expected.

The hotter-than-expected reading has traders bracing for the Federal Reserve to ultimately raise interest rates even higher than expected to combat inflation, with all the risks for the economy that entails. Fears about higher rates sent prices dropping for everything from gold to cryptocurrencies to crude oil.

“Right now, it’s not the journey that’s a worry so much as the destination,” said Brian Jacobsen, senior investment strategist at Allspring Global Investments. “If the Fed wants to hike and hold, the big question is at what level.”

Most of Wall Street came into the day thinking the Fed would hike its key short-term rate by a hefty three-quarters of a percentage point at its meeting next week. But the hope was that inflation was in the midst of quickly falling back to more normal levels after peaking in June at 9.1%.

The thinking was that such a slowdown would let the Fed downshift the size of its rate hikes through the end of this year and then potentially hold steady through early 2023.

Tuesday’s report dashed some of those hopes. Many of the data points within it were worse than economists expected, including some the Fed pays particular attention to, such as inflation outside of food and energy prices.

Markets honed in on a 0.6% rise in such prices during August from July, double what economists expected, said Gargi Chaudhuri, head of investment strategy at iShares.

The inflation figures were so much worse than expected that traders now see a one-in-five chance for a rate hike of a full percentage point by the Fed next week. That would be quadruple the usual move, and no one in the futures market was predicting such a hike a day earlier.

Traders now see a better than 60% likelihood the Fed will pull its federal funds rate all the way up to a range of 4.25% to 4.50% by March. A day earlier, they saw less than a 17% chance of such a high rate, according to CME Group.

The Fed has already raised its benchmark interest rate four times this year, with the last two increases by three-quarters of a percentage point. The federal funds rate is currently in a range of 2.25% to 2.50%.

“The Fed can’t let inflation persist. You have to do whatever is necessary to stop prices from going up,” said Russell Evans, managing principal at Avitas Wealth Management. “This indicates the Fed still has a lot of work to do to bring inflation down.”

Higher rates hurt the economy by making it more expensive to buy a house, a car or anything else bought on credit. Mortgage rates have already hit their highest level since 2008, creating pain for the housing industry. The hope is that the Fed can pull off the tightrope walk of slowing the economy enough to snuff out high inflation, but not so much that it creates a painful recession.

Tuesday’s data puts hopes for such a “soft landing” under more threat. In the meantime, higher rates also push down on prices for stocks, bonds and other investments.

Investments seen as the most expensive or the riskiest are the ones hardest hit by higher rates. Bitcoin tumbled 7.1%.

In the stock market, all but four of the stocks in the S&P 500 fell. Technology and other high-growth companies fell more than the rest of the market because they’re seen as most at risk from higher rates.

Apple, Microsoft and Amazon all fell more than 4% and were the heaviest weights on the market. The communication services sector, which includes Google’s parent company and other internet and media companies, sank 4.8% for the largest loss out of the 11 sectors that make up the S&P 500 index.

To be sure, the losses only return the S&P 500 close to where it was before its recent winning streak. That run was built on hopes that Tuesday’s inflation report would show a more comforting slowdown. The ensuing wipeout fits what’s become a pattern on Wall Street this year: Stocks fall on worries about inflation, turn higher on hopes the Fed may ease up on rates and then fall again when data undercuts those hopes.

Tuesday’s inflation report arrived before trading began on Wall Street, but it sent a thud through markets worldwide.

Treasury yields leaped immediately on expectations for a more aggressive Fed. The yield on the two-year Treasury, which tends to track expectations for Fed actions, soared to 3.76% from 3.57% late Monday. The 10-year yield, which helps dictate where mortgages and rates for other loans are heading, rose to 3.42% from 3.36%.

Expectations for a more aggressive Fed also helped the dollar add to its already strong gains for this year. The dollar has been surging against the euro, Japanese yen and other currencies in large part because the Fed has been hiking rates faster and by bigger margins than many other central banks.

An index measuring the value of the dollar against several major currencies rose 1.4%.