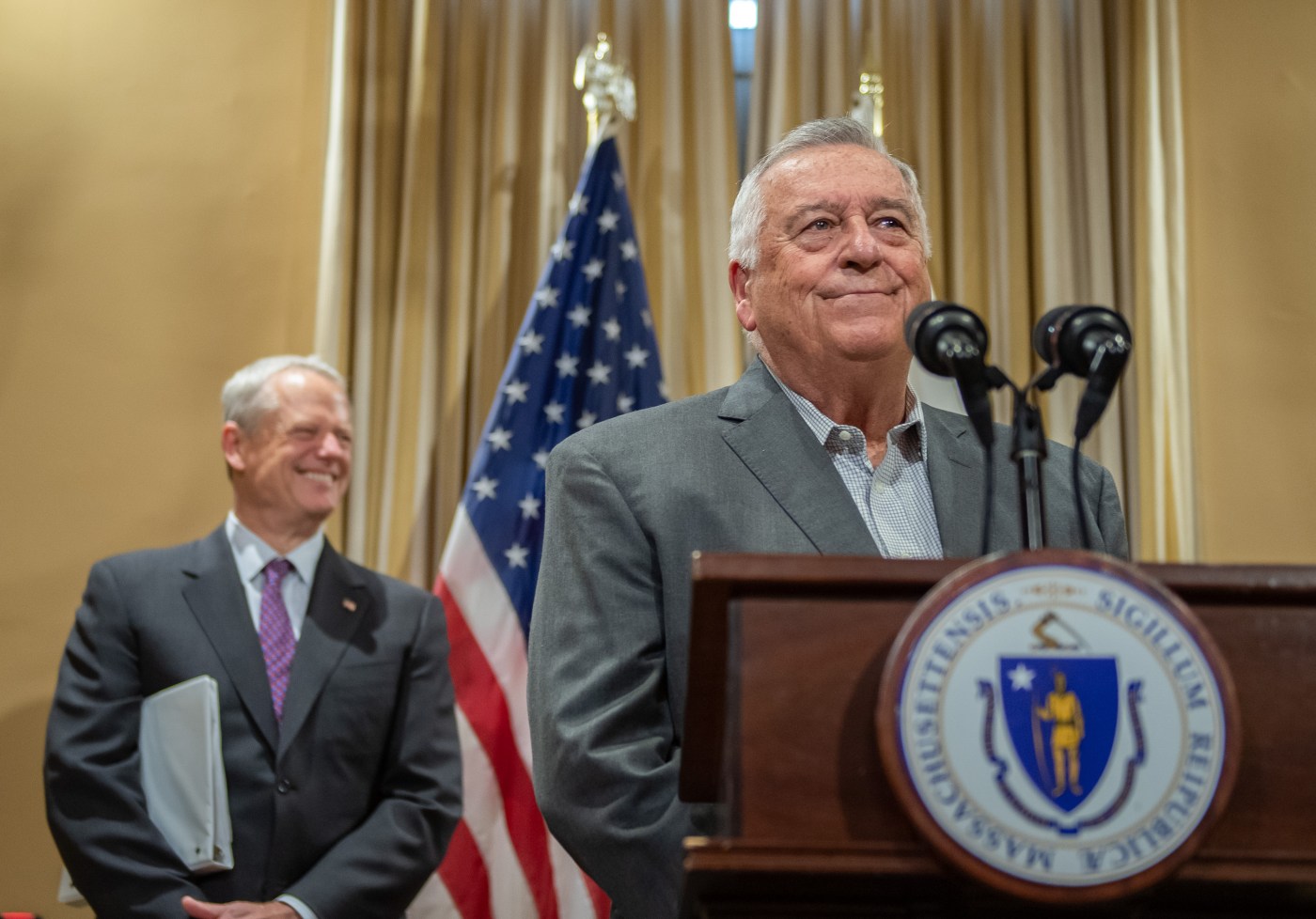 State lawmakers announced Monday they would likely send Gov. Charlie Baker most but not all of his proposed tax cuts after legislative leaders reached an agreement on what form tax relief would take.

“We are pleased to announce that House and Senate leaders have agreed to a framework for structural changes to our tax code that will reduce income inequality, make Massachusetts more competitive nationally, and lessen the crippling impact of rising prices, inflation, and economic uncertainty,” Senate Pres. Karen Spilka and House Speaker Ronald Mariano said in a joint release with the leaders of both Ways and Means Committees.

The announcement of a tax relief plan comes just the weekend after leaders said they would spend $500 million on sending rebate checks to residents to help combat the rising price of just about everything.

“These changes, in conjunction with the economic relief payments for middle-class residents that were announced last week, bring the Legislature’s taxpayer relief package to a total of $1 billion—including at least $500 million worth of proposed changes to the tax code,” the lawmakers said.

Baker had proposed, in January, about $700 million worth of cuts to the tax code. His plan cleared the House’s Revenue committee without a vote against it, but pared-down to about $600 million and absent his proposed changes to the short term capital gains tax.

Still, House and Senate leaders certainly gave Baker a reason to be happy heading into the week, announcing the rest of his tax plan would be opened to debate.

“In an effort to put money back into the pockets of lower-and middle-income residents of the Commonwealth, our tax package increases the senior circuit breaker tax credit, the earned income tax credit, and the child and dependent tax credit. It also offers assistance to renters and eliminates the most punitive and archaic elements of our estate tax that have made Massachusetts a national outlier,” they wrote.

The exact details of the proposal will depend on how legislators debate the merits of Baker’s initial proposals.

“We look forward to ironing out the final details of the taxpayer relief package, bringing it to our members for discussion and debate, and ultimately adopting this critical legislation,” lawmakers said.

The idea to lower taxes has been somewhat of a red herring with lawmakers in recent months, with leaders in both chambers clear they wanted to take up some sort of tax relief but not forthcoming about what that might look like.

On Friday, lawmakers announced they would begin the work of establishing a Tax Payer Energy and Economic Relief Fund, from which tax rebates would be paid to certain eligible residents.

“One-time rebates of $250 for a taxpayer who files an individual return, and $500 for married taxpayers who file joint returns, will be issued to eligible Massachusetts residents before September 30, 2022. Eligibility will be determined by annual income reported in 2021, with the minimum being $38,000, and the maximum being $100,000 for individual filers and $150,000 for joint filers,” lawmakers announced Friday.

A move to lower taxes comes just as lawmakers await the June tax taking report, which is expected to show the state seriously flush with cash to end the fiscal year.

Tax revenues consistently met or exceeded benchmark forecasting for most of fiscal 2022, with April’s taking alone coming in $2 billion over what was expected. The state’s so-called “Rainy Day Fund” could approach $6 billion as a result of last year’s tax revenues.

The commonwealth’s fiscal 2023 budget, due at the start of the month and now more than a week late, is predicted to cost about $50 billion and could add another $785 million to the fund.