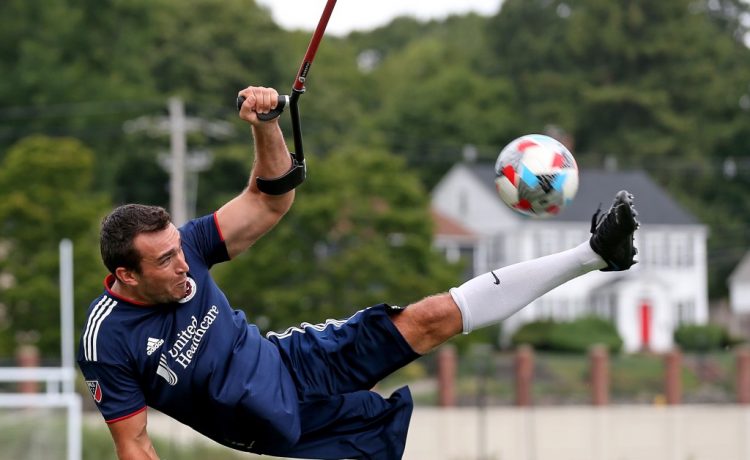 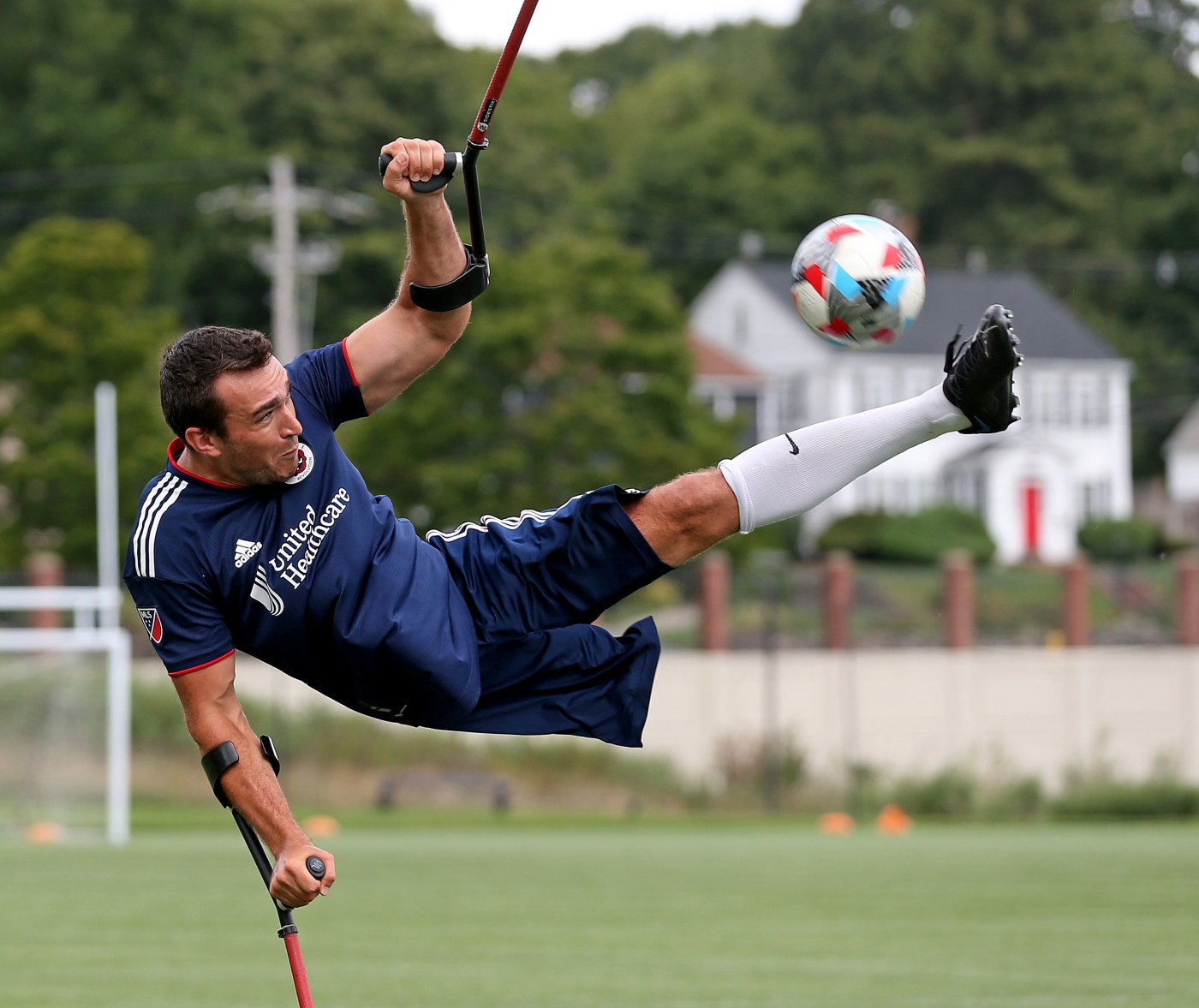 HANOVER — Sometimes, life can throw a curveball your way.

For Vinny Fischer, the first one came in 2017. The former high school soccer star was out on a motorcycle trip with his wife Mikayla, coasting through the streets of Hanover when his life changed forever.

Out of the corner of Fischer’s eye, he saw another vehicle ran through a stop sign. By the time the other operator saw the couple, it was too late. The next few moments remain a fleeting blur for Fischer to this day.

“I lost my left ankle at the scene,” said Fischer. “Then I got a super rare infection that they’ve never seen in the states. They only ever see it with military IED bomb victims in Iraq. But I got the same fungal infection in my leg. Then, it was three months of me in the ICU.

“For a month, they didn’t realize what it was. Then, when they found out what the infection was, they were playing the catch-up game. Like, how much do we amputate his leg to get rid of the infection in his bone, versus keeping as much of the leg as possible?”

The infection continued to spread. In January 2018, doctors decided to amputate Fischer’s leg in the hopes of saving him. The operation was a success, but he had to completely change his perspective on life.

The second curveball that Fischer encountered came just a short distance from where his accident took place in 2019. While shopping, Fischer was approached by another amputee, who simply went by Dave, also a soccer fan.

“He said: ‘Hey, we’re starting this team in Boston,’ ” Fischer recounted. “‘And if you have any desire to play soccer, and you’re interested, would you like to join?’ As someone who always played soccer, I was all for it, because up until that, I didn’t realize that there was a possibility for me to continue playing soccer.”

Fischer agreed to join, but the COVID-19 pandemic struck shortly after. Fischer figured the plan may have fallen by the wayside, but then he received a phone call out of the blue with a request to come to a soccer practice at a secluded field on the South Shore.

It was there that he ran into Nico Calabria, a junior varsity soccer coach with Concord-Carlisle High School. Like Fischer, Calabria himself had an amazing soccer history.

Calabria was born without the use of his right leg. During his childhood, a man named Rick Hoffman spotted a photo in a newspaper clipping of Calabria playing soccer at the age of 6 with assistance from crutches. Hoffman was the president of the American Amputee Soccer Association, and reached out to Calabria’s family. Over the years, the two formed a friendship. Calabria joined the organization his sophomore year of high school, and has served as captain of the United States World Cup team for the last 10 years.

During his senior season with Concord-Carlisle in 2013, Calabria sniped a goal off a side volley. It was the only goal of his varsity career, but it was enough to turn Calabria into a viral sensation. He was soon starring in a Powerade commercial and meeting Barcelona sensation Andres Iniesta.

Fischer had fond memories from his playing days himself, having carried Berlin High School (Connecticut) to its first-ever state final appearance in soccer. With a newfound opportunity, it was time to get back to work. The two athletes began training together.

A year later, Calabria and Fischer will be representing Massachusetts at the 2022 Amputee Football World Cup Draw. The United States is a favorite once again after a dominant performance in the World’s first-ever qualifying tournament in Mexico a few months ago.

“I think it’s bigger than just wins and losses,” said Calabria. “Having the opportunity to represent the country, especially with the United States being a (superpower). We go abroad, and they have a preconceived notion of what the U.S. is. I think being kind, and being respectful is what I strive to do as the captain.”

The United States has a delayed start to its run in the 2022 World Cup. The first games are slated to take place Sept. 30, with the U.S. playing its first showdown Oct. 1. At the moment, the country has been placed in Group C, with Argentina, England and Indonesia.