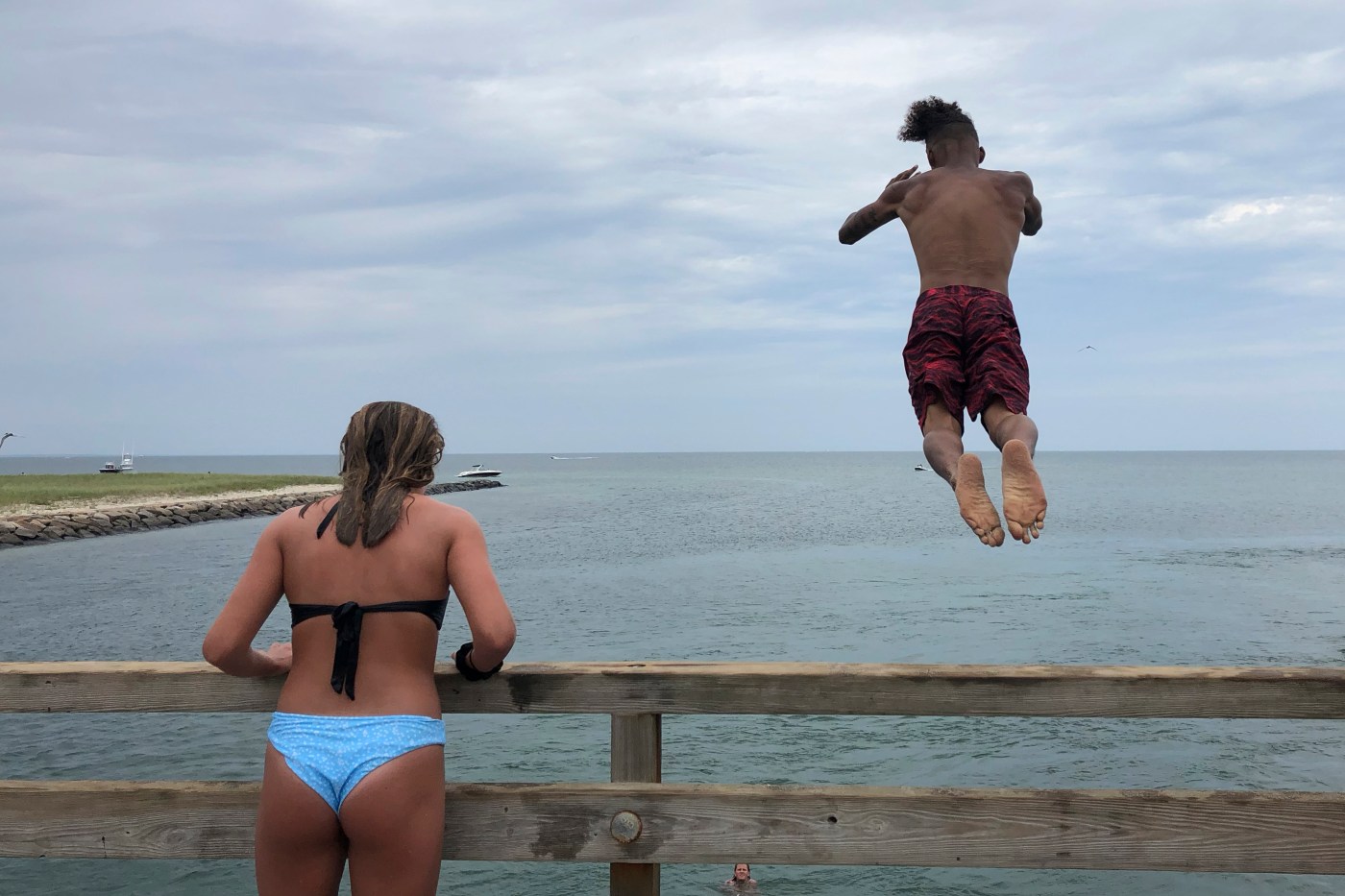 State Police on Wednesday resumed their search for the missing brother who jumped from the “Jaws Bridge” on Martha’s Vineyard and didn’t resurface.

State Police have been looking for Tavaughn Bulgin, a 21-year-old man who’s a seasonal worker at a restaurant on Martha’s Vineyard. Police on Monday recovered the body of his 26-year-old brother, Tavaris, who also jumped into the water from the “Jaws Bridge” late Sunday night.

Due to poor weather conditions, State Police divers and Marine Unit crews were not in the water on Wednesday as police searched by land — and potentially from above.

“State Police will continue to search today by land and possibly by air for Tavaughn Bulgin, 21, who has been missing since jumping off the Jaws Bridge in Edgartown Sunday night,” a State Police spokesman said in a statement.

“Weather conditions preclude dive operations today, but a Trooper assigned to the State Police-Oak Bluffs Barracks is searching the shoreline by ATV and our Air Wing will conduct an aerial search if weather allows,” the spokesman added.

On Tuesday, State Police Marine and Dive units and Environmental Police cleared the inlet on the land side of the American Legion Memorial Bridge without locating the 21-year-old man.

The bridge, the American Legion Memorial Bridge, connects Edgartown with Oak Bluffs via Beach Road and is a popular tourist destination due to its appearance in the famous 1975 killer shark film.

Jumping off the bridge is not allowed, but kids growing up on the island and tourists have done so for decades.

The jump to the water may be from a height of around 20 feet, depending on the tide, into a strong current that pulls swimmers toward the sea.