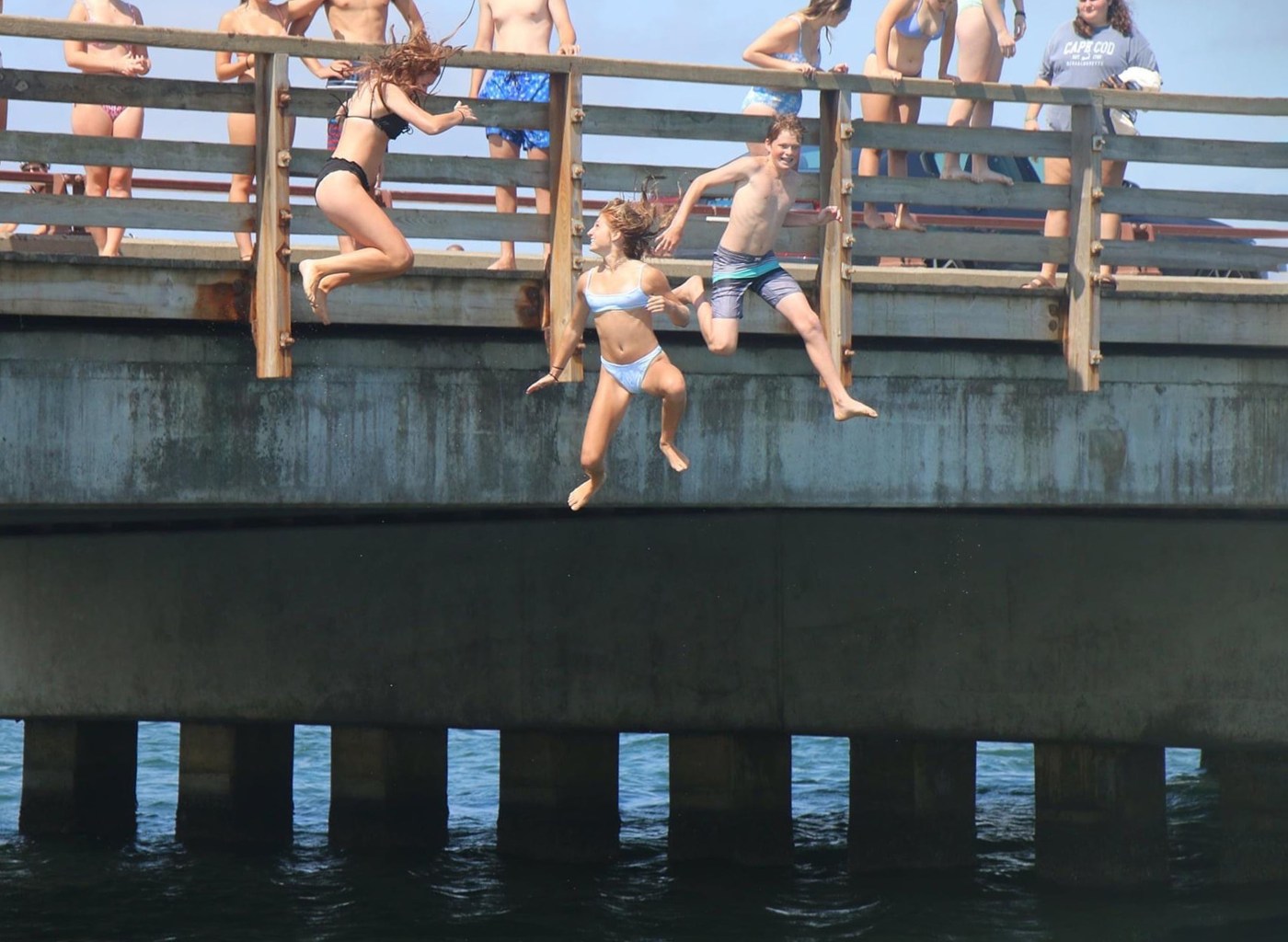 Mass State Police on Tuesday resumed their water search for the missing brother who jumped from the “Jaws Bridge” on Martha’s Vineyard and didn’t resurface.

State Police divers and Marine Unit crews are looking for a 21-year-old man who’s a seasonal worker at a restaurant on Martha’s Vineyard. Police on Monday recovered the body of his 26-year-old brother, who also jumped into the water from the “Jaws Bridge” late Sunday night.

“We have several divers and a Marine Unit boat and crew working alongside Environmental Police officers,” a State Police spokesman said in a statement about the search Tuesday morning. “Environmental Police are deploying a sidescan sonar device, which uses sound waves to detect objects or anomalies in the water column or on the ocean floor.

“If the EPO sonar detects an anomaly, our Underwater Recovery Unit members will dive on it to determine what it is,” the spokesman added. “The overall area they have searched/are searching is very large, encompassing both the inlet on the land side of the bridge and the ocean on the seaward side.”

The 21-year-old brother who was found dead was also a seasonal worker at a restaurant on Martha’s Vineyard. Police believe that the brothers were renting an Oak Bluffs residence.

The bridge, the American Legion Memorial Bridge, connects Edgartown with Oak Bluffs via Beach Road and is a popular tourist destination due to its appearance in the famous 1975 killer shark film.

Jumping off the bridge is not allowed, but kids growing up on the island and tourists have done so for decades.

The jump to the water may be from a height of around 20 feet, depending on the tide, into a strong current that pulls swimmers toward the sea.

The bridge was rebuilt in 2013, with much of the wooden structure replaced with concrete.