Todays Though > News > Matt Carpenter doesn’t need surgery on broken foot, could be back in 6-to-8 weeks – Boston Herald
News

Matt Carpenter doesn’t need surgery on broken foot, could be back in 6-to-8 weeks – Boston Herald 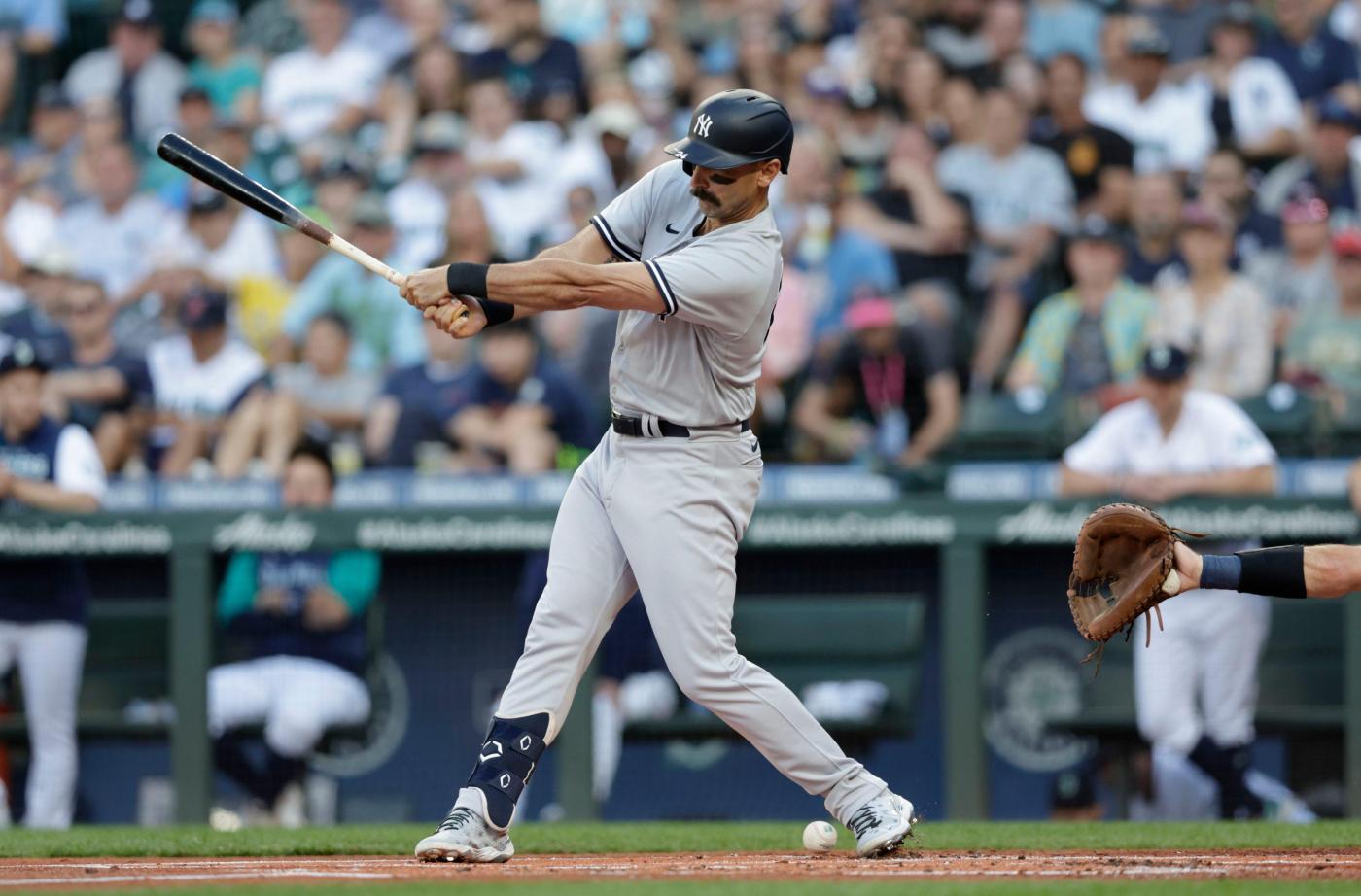 SEATTLE — There was some “good” news on Wednesday, even after the Yankees lost their second straight game and the series to the Mariners. Matt Carpenter, who fractured his left foot on Monday night, saw the specialist for the NFL’s Seahawks before the game and learned he does not need surgery.

“I’ll be back this season,” Carpenter said.

“Very encouraged that we avoided surgery and got a clean break that just needs to heal,” Carpenter said.  “And we’ll see. See how long it takes to heal.”

Yankees manager Aaron Boone mentioned a timeframe of 6-to-8 weeks with another imaging of the foot scheduled for three or four weeks from now. Carpenter was optimistic that it will be on the sooner side of that timeline as the Yankees’ regular season schedule ends exactly eight weeks from Wednesday.

“They threw a number out there, but I’m gonna just do whatever I can to speed the process up and we’ll see how it goes,” Carpenter said. “I don’t like to put any kind of restriction on me or any kind of timeline, but you know, when I feel like I can come back I’m gonna be ready to go.”

Carpenter, 36, said he will see one more specialist when the team gets back to the East Coast this weekend.

He had just had a remarkable return to St. Louis, where he received standing ovations in his first at-bat of each of the three games as the fans showed him their appreciation for his 11 years there.

“I had a lot of emotions, spent a lot, a lot of time here, had a lot of great memories and played a lot of games in this ballpark,” Carpenter said. “So definitely a special moment.”

He signed a minor league deal with his home state Rangers and played the first month and a half in Triple-A. When he opted out, the Yankees felt they could use his left-handed bat.