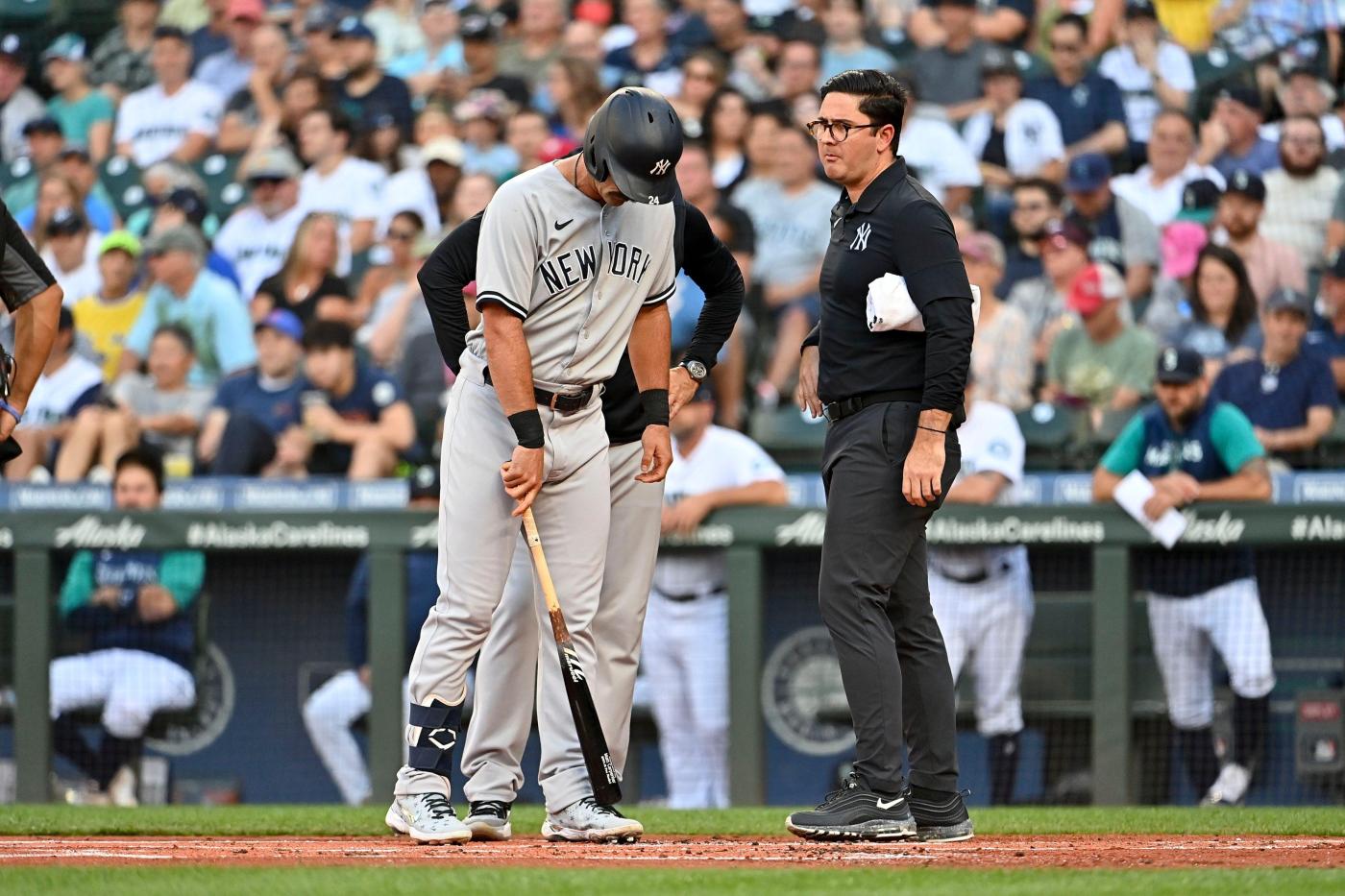 SEATTLE — Matt Carpenter is hoping his remarkable comeback season isn’t over. The veteran lefty slugger left Monday night’s game after the first inning with what the team said is a “left foot fracture.”

“It’s obviously not ideal,” Carpenter said. “It’s pretty, pretty disappointing. But my mindset is that this won’t be the end for me here this year. I mean, I’m hopeful that I can come back and contribute. I don’t have a timeline yet but I’m hopeful for the best.”

Carpenter, who was on crutches and in a boot from toe to knee after the Yankees 9-4 win over the Mariners, will see a foot specialist in New York to get a better idea of the injury and the healing process. There is a possibility the fracture could require surgery.

Carpenter fouled a ball off the top of his left foot in his first inning at-bat. He struck out and was replaced as the designated hitter by Tim Locastro.

“He’s obviously been a difference maker on the field for us with what he’s been able to do for the box. In the clubhouse, he’s been just a great guy, a great clubhouse person,” Josh Donaldson said. “And he definitely is going  to be missed for however long it’s going to be, but we’re hoping that we get some good news and it’s not going to be season-ending for him.”

He had just had a remarkable return to St. Louis, where he received standing ovations in his first at-bat of each of the three games as the fans showed him their appreciation for his 11 years there.

“I had a lot of emotions, spent a lot, a lot of time here, had a lot of great memories and played a lot of games in this ballpark,” Carpenter said. “So definitely a special moment.”

He signed a minor league deal with his home state Rangers and played the first month and a half in Triple-A. When he opted out, the Yankees felt they could use his left-handed bat.